A mesmerizing infusion of story and sound, “Demons & Dogmen” from Dalton Deschain and the Traveling Show is a stellar five-star release. 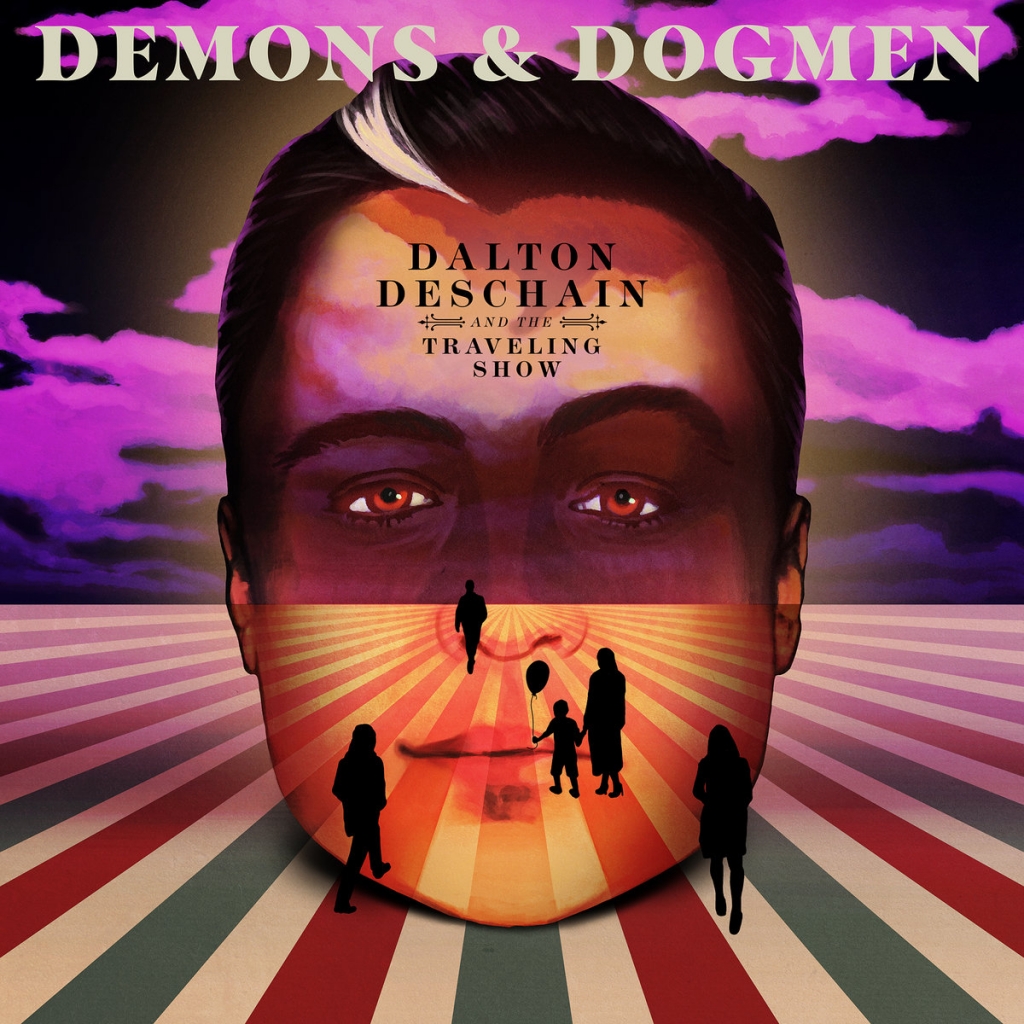 A couple of years ago, I introduced you all to the delights of the New York-based pulp punk outfit Dalton Deschain and the Traveling Show.

Their Character Trilogy EP series delighted and enchanted me with tales of despair, devotion, and dogmen. It was a unique little triad of rough-n-tumble circus-y horror, something I had only really seen from the likes of Aurelio Voltaire (mixed with the punk punches of Oingo Boingo), and I’ve continued to love the records ever since.

Today, I’m delighted to reintroduce you to a stronger, spookier, and more sonically evolved Dalton Deschain & The Traveling Show complete with a full album and a book. The story continues, friends, and it’s better than ever.

Telling the tales of struggling performer turned demonic circus master Dalton Deschain and the people working for and against him, of Casey the terrified dog man and the blood on his hands, of Catherine Harlowe and her many sorrows, and of a world where solace is found in music, love, and comradery against a backdrop of fascists, contamination, and cruelty.

It’s a brilliant read, and Deschain is a lovely writer.

It’s a book that can be read on its own, but the experience of reading it is absolutely enhanced by the record that shares its name. 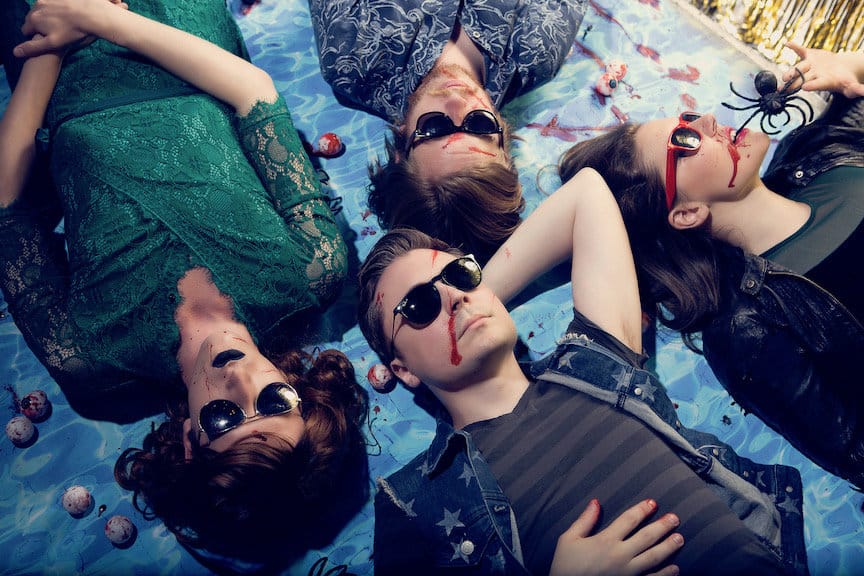 The record, Demons & Dogmen, not only features several new songs (including the two-step ready “Golden One Ball”, the romantically and anti-capitalistically inclined “Juno” (named for a character who’ll take more of a center stage in upcoming books and records), and an absolutely apocalyptic thrasher in “There Will Be No Parties When the War Comes”) but also remasterings of all of the songs from the Character Trilogy.

No interludes to be found here, so apologies if you enjoyed the soundscapes there, but you can get plenty of the same imagery from the book that comes along with the record.

There are new vocals from Deschain, synth player Jo Kroger, and bassist Day Clancy who both bring their absolute A-game to this album on both the vocal and instrumental fronts. There’s also the absolutely slamming drums of Phil Harris, Roberta-era punchy guitar and bass from Craig Kierce and Michael Kennedy, and horns that only make the songs soar even further.

I had the pleasure of attending the album release Livestream (shout out to Dalton’s anarchistic cats Weenie and Holly), and I could tell by the pride in Deschain’s voice and the echoed joy from Clancy and Kroger in the chat that, while this is an album steeped in blood and gore and chaos, it’s also bundled in love.

The love between characters, love of the music, and love between the bandmates. The connections are strong across the board, and there’s nothing more punk than loving the people around you. Except maybe bashing someone’s head in with a golden cueball.