The Found Footage sub genre is something many genre fans have a love-hate relationship with, and it often finds itself ridiculed and looked upon as illegitimate offspring by some Horror purists. In my opinion, however, there’s some real Found Footage winners — films that are quite effective and creepy. Some that immediately come to mind are The Poughkeepsie Tapes, Atroz, Digging Up The Marrow, V/H/S, and of course the timeless Cannibal Holocaust.

In an effort to help highlight these films that sometimes go unsung, a group of friends and hardcore horror fans united to make the inaugural Unnamed Footage Festival, which will be held in San Francisco later this month.

The fine folks at The Overlook Theatre, based in the Bay Area out in California, tirelessly promote what is going on in the genre locally — sharing their insightful interviews, reviews, and general love of horror. 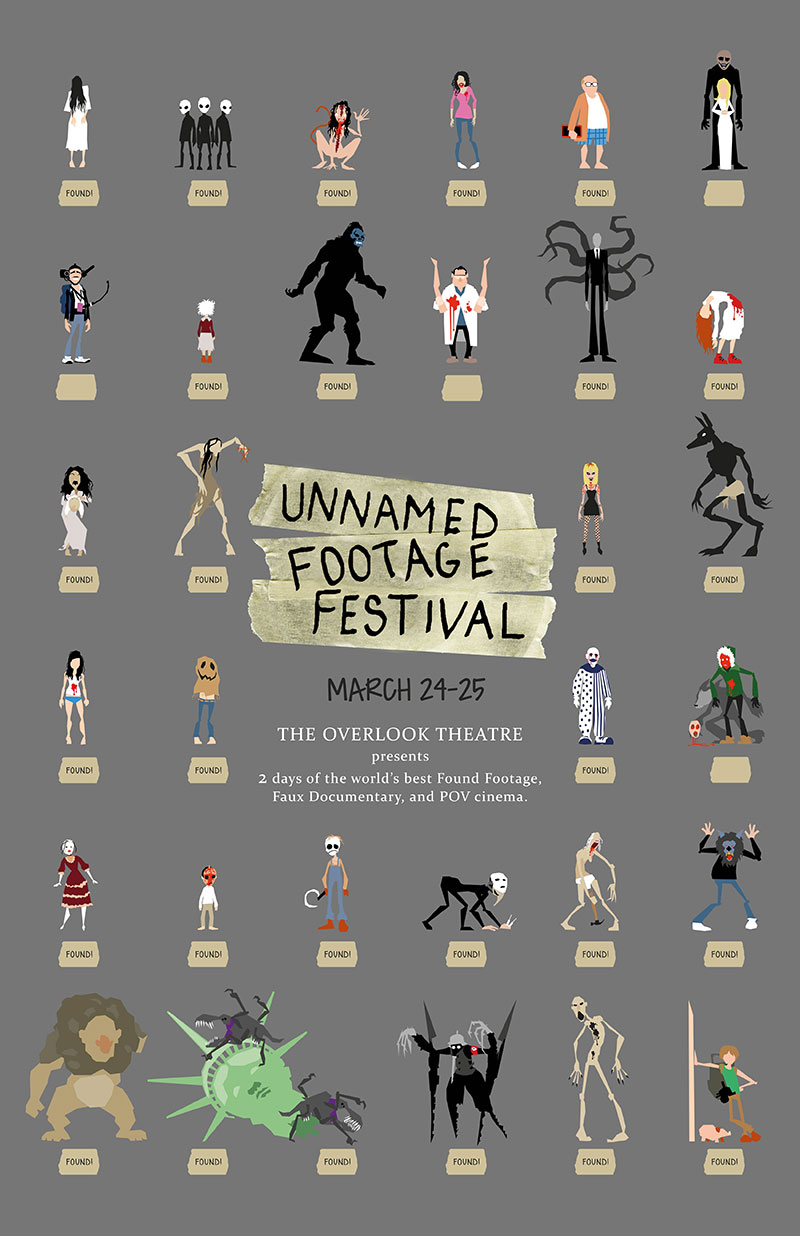 The Founder of The Overlook Theatre, Russell Fisher, along with fellow members Oksana Osachiy, Randy Staat, and Clark Little, teamed up with Madeleine Koestner from the Philadelphia Unnamed Film Festival to bring the first ever Unnamed Footage Festival (UFF) to California. Along with it comes a deep respect for found footage style entertainment.

“The Unnamed Footage Festival is a bicoastal effort born in the San Francisco bay area. A partnership between The Overlook Theatre and the minds behind Philadelphia’s Unnamed Film Festival, The Unnamed Footage Festival will be a two day film festival showcasing features along with various short films, all in the genre of found footage horror, first person cinema, and faux documentary.”

“With this event, we want to present these films to an audience as a legitimate cinematic moment, not a mere subgenre. With an ambitious program spanning from shot on video experiments of the early 90s to new unreleased and overlooked features, the Unnamed Footage Festival will open a dialogue regarding the entertainment and artistic value of first person narrative filmmaking.”

The festival will run March 24th and March 25th at the historic and notoriously haunted Balboa Theatre in San Francisco’s Outer Richmond District.

The inaugural event boasts an eclectic line up of shorts and features, including the unsettling Canadian cannibal flick, Long Pigs. Tickets are very reasonable and still available for this event, so check out the full screening schedule here: https://www.unnamedfootagefestival.com.