Now Read This: Hell Cat of the Holt

Mark Cassell’s Hell Cat of the Holt expands upon the author’s Shadow Fabric mythos, placing believable characters into situations of unfathomable horror. This briskly paced novella opens with a grisly car accident in which the sighting of large black cat, the size of a panther, becomes a harbinger of doom and sets the stage for the folkloric tale that follows.

At 54 pages (minus the bonus story at the end), Hell Cat of the Holt tells a lean story of cosmic terror that, while occasionally predictable, offers strong characterization, haunting imagery, and an open-ended conclusion that promises more to come. 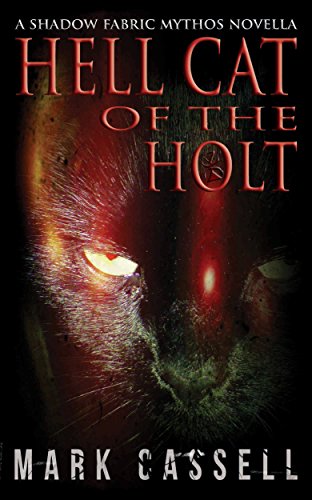 Cassell is a strong, confident writer with a talent for crisp sentences—and the universe around which he centers his story has chilling implications.

Anne, an accountant living in the atmospheric village of Mabley Holt, is fighting to make sense of her life. She lost her grandmother in a car accident, her grandfather passed away shortly thereafter—and to make matters worse, her beloved cat Murphy has gone missing. Readers first meet Anne in a scene that most will find relatable—she’s simply searching for her missing pet. In these opening pages, Cassell’s novella captures Anne’s quiet domestic life with sharp writing and vivid details. The mystery of the story kicks in quickly—other cats have also gone missing and a mucky black fungus has started popping up throughout the town—and Anne and her neighbors Clive and Leo must work together to discover what terror might be lurking beneath the quaint village of Mabley Holt. Like Lovecraft’s Dunwich or Charles Grant’s Oxrun Station, Cassell’s fictional village becomes a place of strange discoveries and dark family secrets. 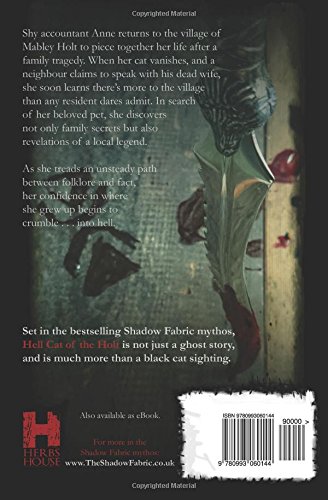 While Anne remains a likable protagonist struggling to cope with loss, her elderly neighbor Clive carries a lonesome grief of his own. Clive lost his wife Janice shortly before Anne returned to the village. Now, the old man claims to have ghostly visions of Janice appearing before him—and even Anne believes she has seen the dead woman in the shadowy gloom. As Anne and Clive begin to piece together all of these seemingly connected details, they begin a rapid descent into a frightening netherworld that holds the most sinister of clues. Leo’s knowledge of the Shadow Fabric—which includes elements of witchcraft and supernatural evil—also contributes to Anne’s understanding of her plight.

Although the concept and fantastic imagery of the Shadow Fabric are sometimes difficult to visualize or fully understand, the novella remains grounded in the plight of real people, and it features plenty of suspenseful and eerie moments throughout.

Mark Cassell’s Hell Cat of the Holt is an entertaining read.

Some of the plot points are predictable (Anne’s discovery of certain pieces of information moves the story along but not in a surprising way), but the novella presents a unique world in which unimaginable terrors befall good people. These are characters readers will root for and whom they will hope to meet again. Fortunately, the story ends with the suggestion that this is not the last time readers will have the opportunity to unlock the grim mysteries of Mabley Holt. 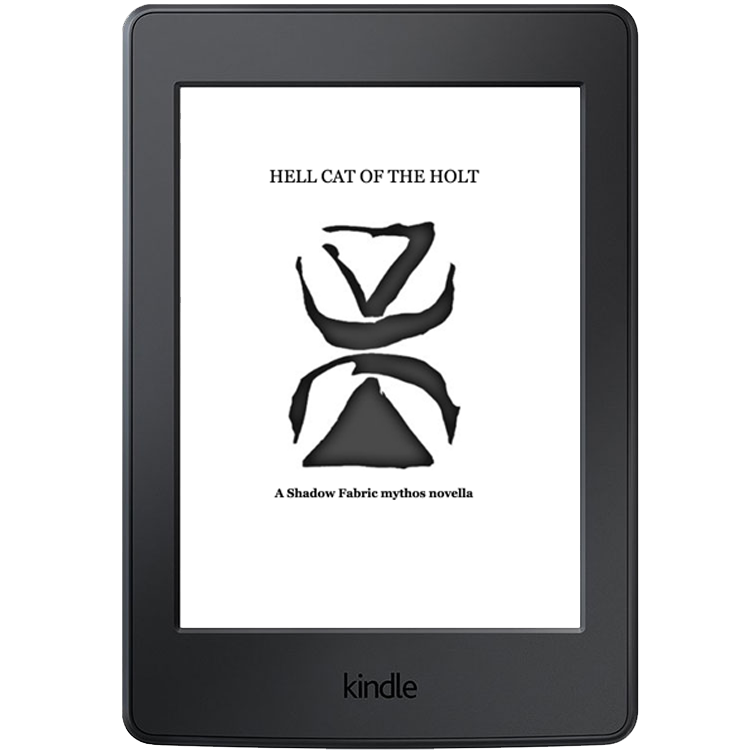 Mark Cassell’s “Hell Cat of the Holt” novella is available for purchase as a paperback or Kindle Edition (free for Kindle Unlimited members) via Amazon. Click here to purchase or download.