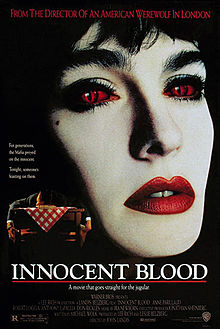 We meet Marie (Anne Parillaud), a vampiress, in her apartment, who is both physically and emotionally naked. She is baring her soul in a soliloquy, as her doe eyes stare at the night sky from her bedroom window. In fact, this is one of Marie’s many soliloquies throughout the movie. She speaks about her misfortunes on starving herself of two universal needs: food and sex.

In Marie’s case, food refers to human blood. She has gone six days without feeding because she is torn over victimizing innocent people, or consuming “innocent blood.” As a result, Marie lives accordingly to her own set of rules, especially, in terms of handling her food. She would rather her victims die, than turn out like her, suffering the consequences of living with eternal bloodlust. 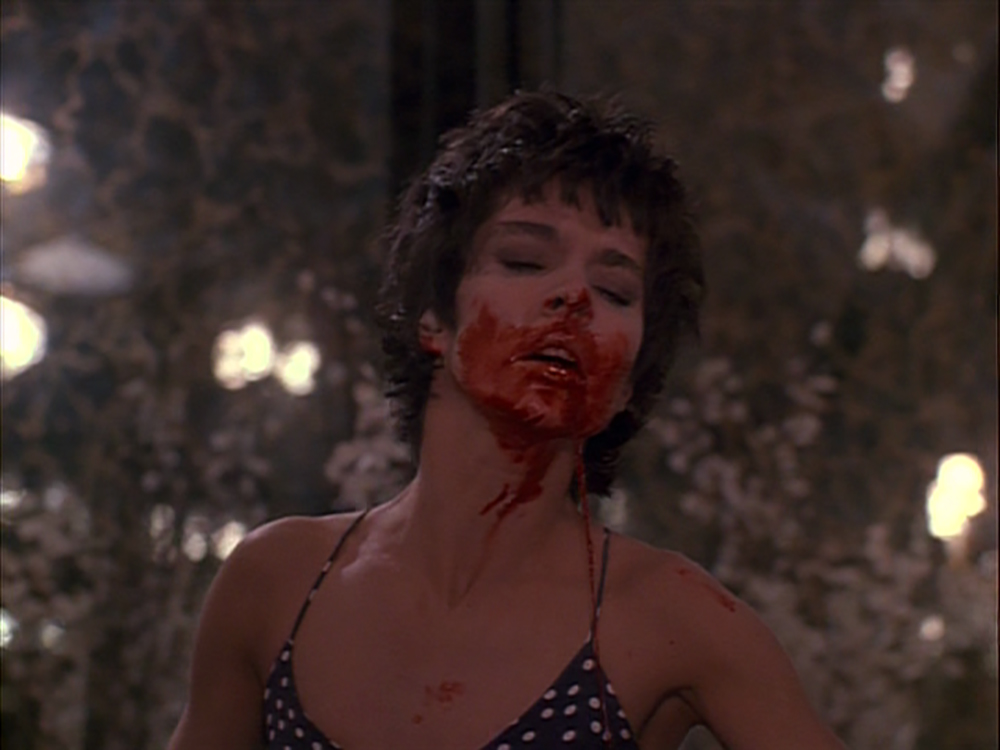 Marie’s feeling of hopelessness changes when she sees newspaper stories about local mafia boss Sal Macelli (Robert Loggia). She sees no problem with taking mobsters as victims. She murders Macelli family member Tony (Chazz Palminteri) after feeding from him. Next, she moves on to Macelli. Unfortunately, feeding from Macelli goes awry when Marie fails to finish him off. She ends up escaping from Macelli’s home because Macelli family member, Lenny (David Proval), catches her with his boss’s lifeless body. Everyone is shocked to find out Macelli has escaped from the coroner’s laboratory.

With Macelli’s transformation comes power, leading to advantages that can work in his favor. He cannot be killed off so easily. He can also turn others into vampires, particularly his mafia family members. 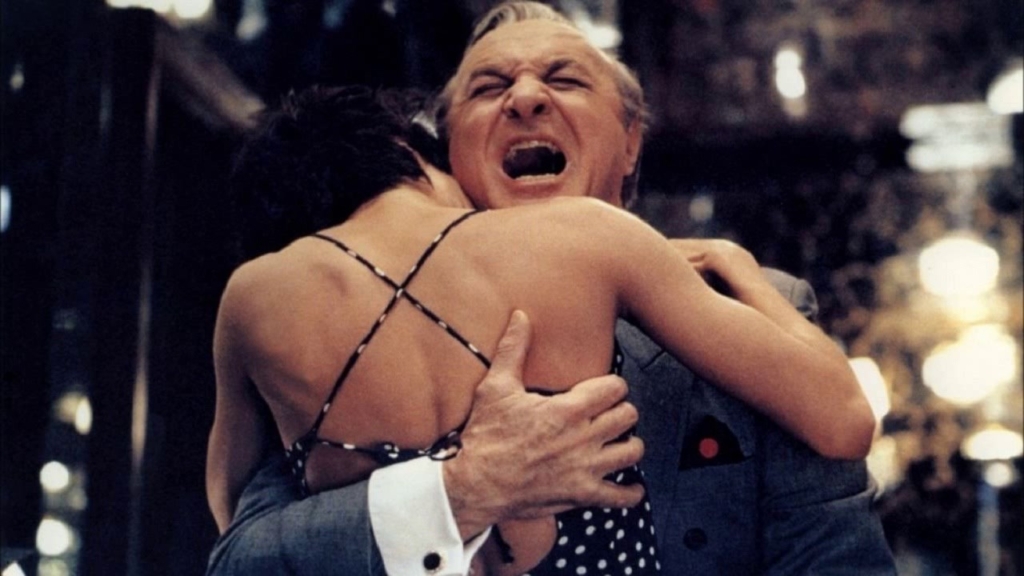 With Macelli on the run, Marie and Joe (Anthony LaPaglia) form an alliance to kill him. Joe, an undercover police officer, is infiltrating the Macelli mafia family. Marie had wanted to take Joe as her victim on the first night they met, but decided against it because she felt sorry for him. Eventually, a romance forms between the two characters in the midst of their same pursuit.

Unlike most movies from the vampire sub genre, it is important to take note that the word “vampire” is never mentioned. Instead, Landis alludes to the idea that the characters are vampires. He demonstrates this by showing characters watching classic horror movies. Therefore, it comes as no surprise that two of the four movies are based on Bram Stoker’s literary classic Dracula. In addition, Landis uses the same conventions found in most vampire movies. Aversion to garlic and lights, as well as gaining superhuman strength, swift reflexes, keen senses, the ability to fly, and death by sunlight, are evident throughout. 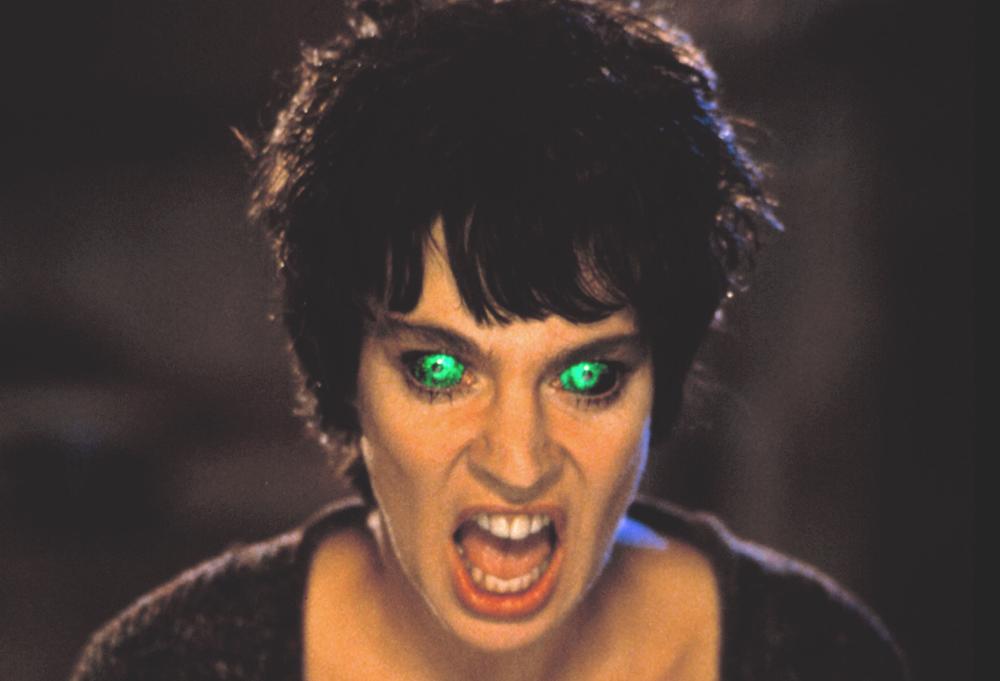 Bear in mind that Innocent Blood does not contain a lot of gratuitous gore and sexual content.

I was disappointed in the lack of gore. In my opinion, one of the hallmarks of a great horror movie is plenty of gore. My other issue lies in the failure to provide background information on how Marie became a vampire. It completely irked me that I found myself guessing whether Marie is either a vampire by birth, or because she had turned into one. I believe that knowing the character’s origins is essential to effective storytelling. 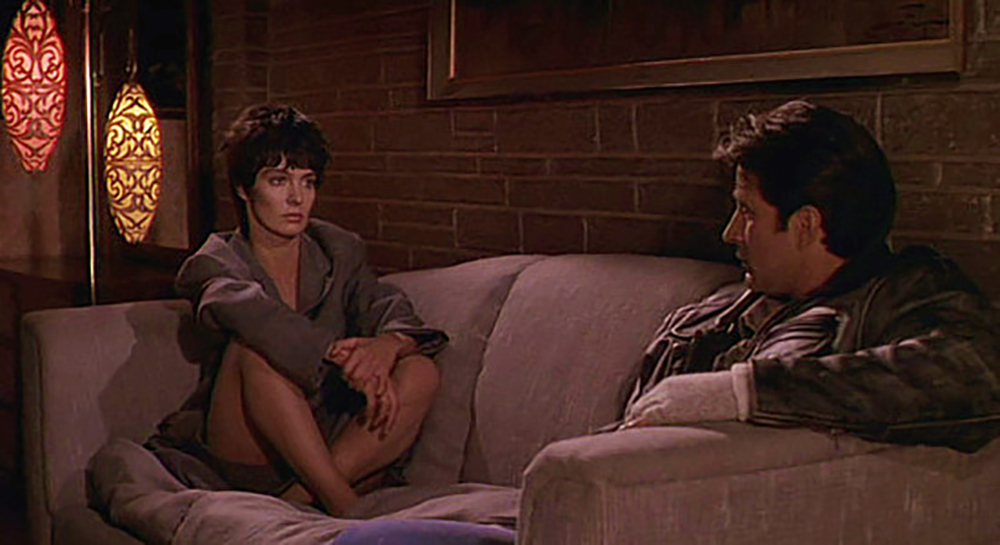 On a final note, I decided to review Innocent Blood because I remember it did not receive much-deserved recognition upon its theatrical release. Critics and the public alike keep trying to compare it to Landis’s horror masterpiece An American Werewolf in London (1981).

‘Innocent Blood’ may not have the same fright factor as the latter, but it still holds up on its own. However, in the same vein as ‘American Werewolf’, it is by no means mediocre (but there is nothing wrong with mediocrity), thanks to excellent cast performances and high-quality special effects. Nor does the plot fail to build up to the action. Screenwriter Michael Wolk also deserves so much praise because he is responsible for creating effective, meaningful, funny dialogue; in turn, shaping the overall significance of the movie. 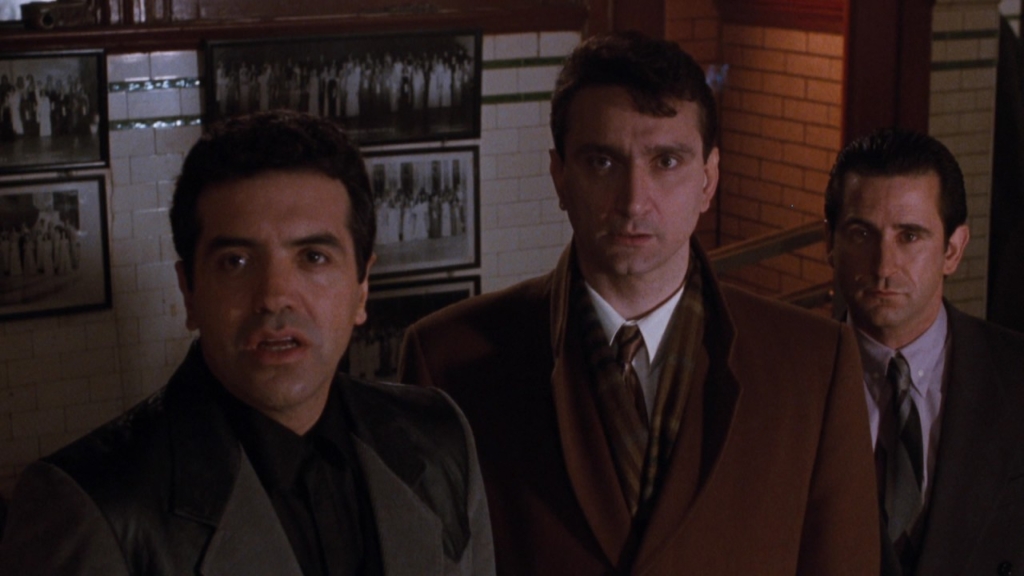 And, before I forget – be sure to watch out for cameos by cult aficionados, Tom Savini, Frank Oz, Dario Argento, Linnea Quigley, and Sam Raimi. Other notable cast members include Don Rickles, Angela Bassett, Luis Guzman, and Kim Coates. I should also mention that many of the Macelli mafia family members might look familiar because they also starred in HBO’s organized crime drama The Sopranos.