Now Read This: The Mirrorstone

The Mirrorstone, a Creepy Gem in the Rough from 1986 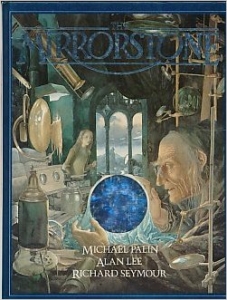 Recently, looking through the stacks of books I have in my library, I stumbled upon an illustrated horror fantasy fable for children illustrated by Alan Lee (whose work I’ve covered previously) with accompanying hologram illustrations (I’m presuming) from Richard Seymour (who I was unable to find anything about) and written by Michael Palin. That book is The Mirrorstone.

The Mirrorstone tells the tale of a young boy by the name of Paul who gets sucked into an alternative fantasy world by a menacing magician in order to retrieve the precious mirrorstone. A stone that shows you as you REALLY are. 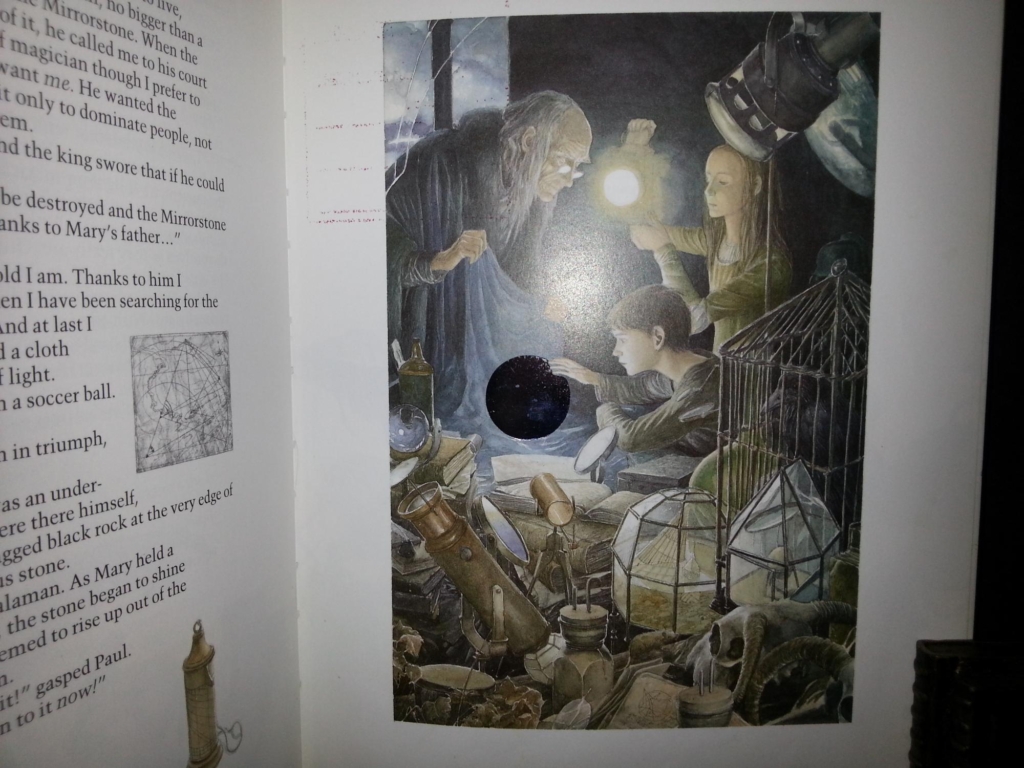 But unlike Alan Lee’s illustrations, it leaves something to be desired. Which is a shame! But probably why it’s out of print. The story has a pace that plods along and stays fairly flat. Its few peeks don’t quite reach high enough, and the chills it delivers serve as momentary gusts of fear that pass as quickly as they come. That’s not to say that the story isn’t original or entertaining, it’s just slow and not very frightening — which it’s supposed to be.

If anything the illustrations and holograms are what truly deliver the shivers and make this book a must have. They pick up where Michael Palin’s plot does not and keeps the reader turning the pages. 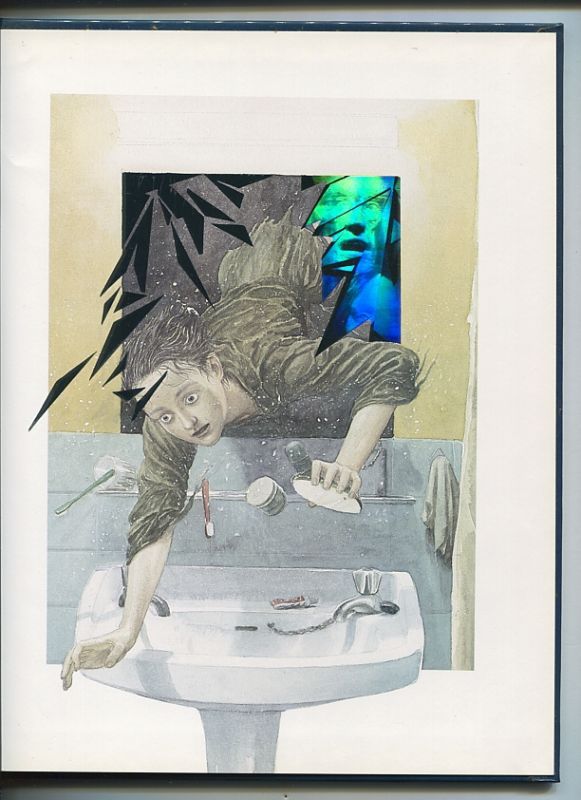 All in all, I think this is a good book that I certainly won’t part with, but will probably only take out now and then to look at the illustrations. Again, it’s not that the story’s bad, it’s decent, but that’s all it is.