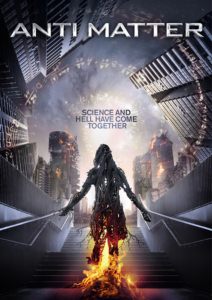 Upon the release of J.J. Abram’s Star Wars film The Force Awakens, astrophysicist and reality celeb Neil Degrasse Tyson went about the task of “debunking” various aspects of the film from the perspective of science. For one, he remarked upon the fact that a TIE fighter would not make sound in the vacuum of space. Later, in a tweet, Tyson lamented: “Unashamed of inanity, The Force Awakens repeats the Millennium Falcon boast of completing the Kessel Run in ‘under 12 parsecs.’ “, pointing out how parsecs, a measure of distance in Astrophysics, has nothing to do with time.

To his claims I repeat the sage words of Mayor Shelbourne, a character from the 2009 film Cloudy With a Chance of Meatballs (voiced by none other than Bruce Campbell): “Here’s what I heard: Blah, blah, blah, science, science, science…”

When most people sit down to watch a science fiction movie, we go in with the understanding that the “science” involved is more of a means to an end—a narrative framework from which the story is to be told. Thus, when Captain Kirk and Spock (and the ill-fated random red-shirted anonymous crew member) beam down upon an undiscovered planet sans protective space suits and helmets, we don’t bat an eye at this scientifically dubious oversight.

So, when the protagonist of director and writer Keir Burrows’ film Anti Matter (2016) creates a small wormhole that enables her to transport objects short distances, we just accept this “fact” so we can see where the story is going to go. Ana, portrayed by Yaiza Figueroa, is the creator of said wormhole, and she and her scientific partners Nate, portrayed by Tom Barber-Duffy, and Liv, portrayed by Philippa Carson, struggle to obtain funding for their potentially Earth-shattering invention, all the while raising the stakes by progressing from transporting small, inanimate objects through the wormhole to sending a caterpillar and then a cat through.

When their funding is about to fall through, they realize they really need to “wow” the necessary parties with a demonstration of their invention’s true potential—the ability to transport people wherever they want to go with the simple push of a button. They rig their invention so that it can accommodate something as large as a person, and Ana bravely steps forward into the unknown. It is at this point that the true conflict of the story is revealed, as Ana suddenly finds herself at odds not only with herself, but also her friends, family, and even reality itself.

Ana’s trip through the wormhole has short-circuited her short-term memory and has jumbled her sense of time. Suddenly, the familiar has become mysterious and even foreboding to her. Her relationship with her partners becomes strained and awkward, as she begins to suspect them of hiding secrets from her. She constantly asks them about what happened to her during the wormhole experiment, but her partners are evasive and they are somewhat brusque in their insistence that everything is copacetic and that she need not worry.

To add to her suspicions, a door in their lab that was always unlocked is now locked and she does not know where the key is. In one scene, she summons the janitor to bring her the key and upon arriving, he says that he had already given her the key and he asks her to return it. She becomes increasingly paranoid and one day she comes home and finds an intruder wearing a monkey mask stealing a backpack that contains her scientific notes. She reports this incident to her partners, and once again, they are suspiciously nonchalant about it and downplay its significance.

In order to get a grip on reality and regain some control, Ana begins writing notes to herself in a little notepad so she will have something to refer back to when she experiences one of her memory lapses again. Feeling alone and despondent, Ana delves into trying to find out what happened to her, even resorting to breaking into her own lab after hours and later breaking into Nate’s apartment looking for clues. At one point, Nate meets Ana at a coffee shop and emphatically implores her to “stop the investigation” and to trust him. Of course, this does nothing to quell her suspicions, and she begins to spiral even further into a maelstrom of confusion as the film progresses. 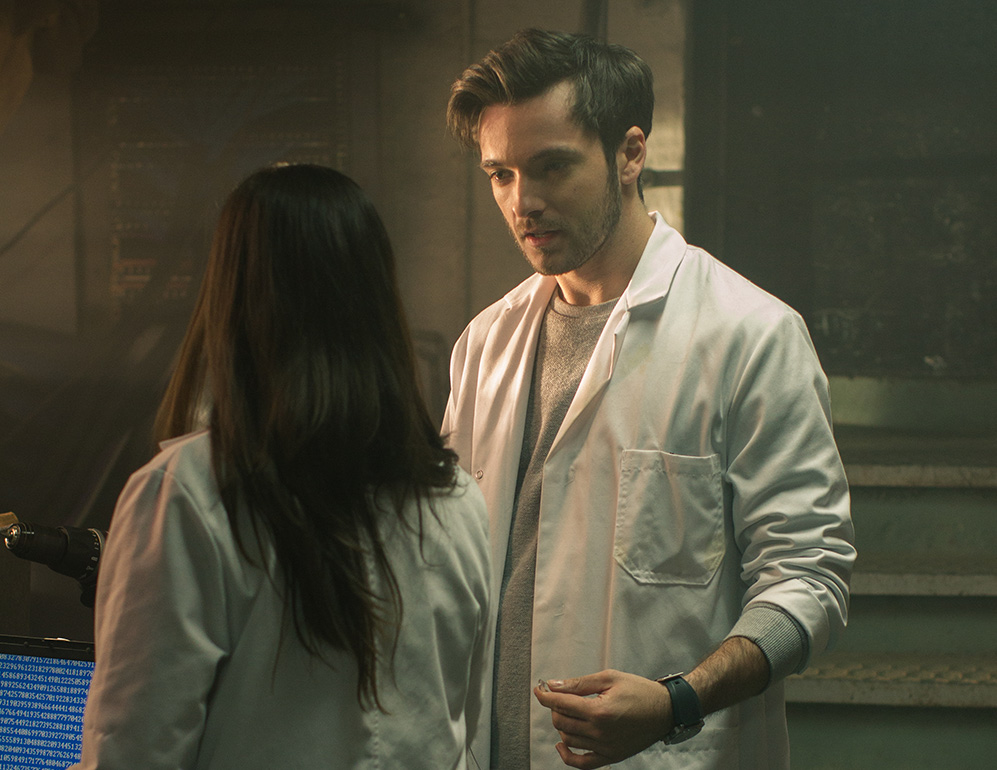 Anti Matter is skillfully directed and written by Keir Burrows and coupled with Rhys Barter’s editorial contributions, the audience is taken on a disorienting and disturbing journey with the protagonist, in which — up until the very end — we are with her in questioning what is real and what is imagined.

The film also tackles some weighty philosophical questions, the primary one being what makes us human? Are we more than the sum of our memories or are our memories the very thing that constitutes what we think of as having a “soul”? Did Ana lose her soul when she went through the wormhole, and if you lose your soul, is there a way to reclaim it?

Anti Matter is somewhat reminiscent of Christopher Nolan’s mind-twisting thriller Momento, with a dash of science. There is a satisfying payoff at the end where all the loose ends are tied up and you come away feeling that your hour and forty minutes was well-spent.