The States are about to get Spooky: A Review of “Spooky America”, four entertaining tales of true ghost stories by Lori Haskins, illustrated by Viviana Diaz 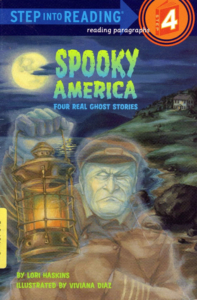 In my previous article, I discussed the importance of horror archaeology and preserving the forgotten, discarded and overlooked parts of our genre’s past. I also discussed Free Comic Book Day, which was last Saturday. I recommended using it as an opportunity to look for those hidden horror relics which until then had evaded us.

The item in question is a small Step into Reading book titled Spooky America written by Lori Haskins and illustrated by Viviana Diaz. The book features a scowling ghost on its cover and contains Four Real Ghost Stories. As a kid, I loved these books. And as an adult, I still love them and have many for various reading levels in my collection. However, it should come as no surprise to any readers of my articles that it’s the titles for juvenile readers or children that interest me most.

Spooky America is a superb example of a small easy to read introductory book to things that are scary and “spooky”.

Each story is superbly illustrated and well researched, utilizing real locations and items from history to contextualize and educate the reader. Spooky America is not just a book of abridged ghost stories, but a little history lesson as well. Being that I’m also a huge history buff, I found this quite enjoyable. I think it’s books like these that might serve to inspire young readers to read more horror and history. 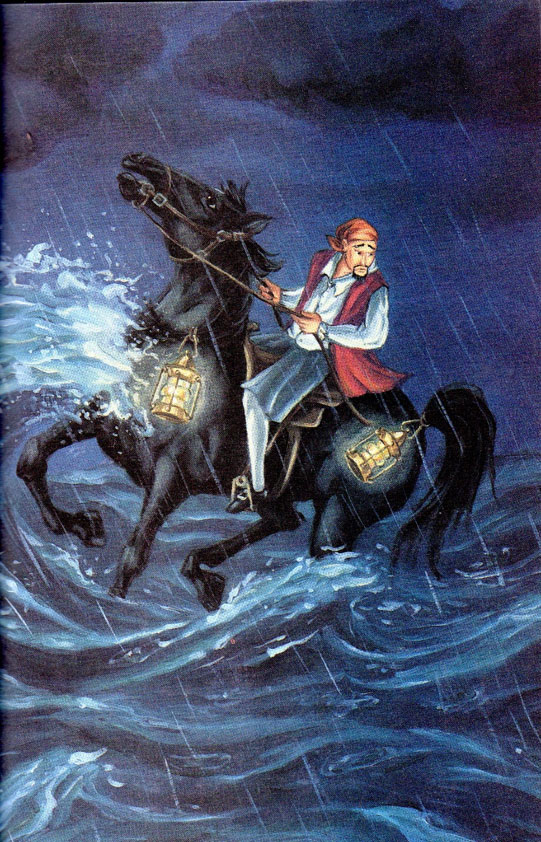 The first story in Spooky America is titled The Mooncussers Horse and is by far the least spine-tingling of the four. Still, historically it’s probably the most interesting. The story is set on Monomoy Point in Cape Cod, Massachusetts in September 1660. It talks about an old pirate who practiced a form of pirating that did not involve sailing a ship, but instead, getting ships to sail to you with the hopes that they would crash on the bank and you could raid them.

The next story in Spooky America titled Picky Aunt Pratt is set on the Shirley Plantation in Charles City, Virginia in January 2002. This story tells of a painting, a painting of Martha Hill Pratt who once resided in the Shirley Plantation mansion, turned Museum. According to the story, Martha Hill Pratt doesn’t like her portrait being moved and she’s very vocal about it. This was my favorite story in the book.

The third story titled The Bony Bachelor is set in Buckskin Joe Mining Camp, Buckskin Joe, Colorado in March 1866. It tells the tale of a man by the name of J. Dawson Hidgepath who, according to legend, continued to try courting the local women even after he died. This story is the funniest out of the four. 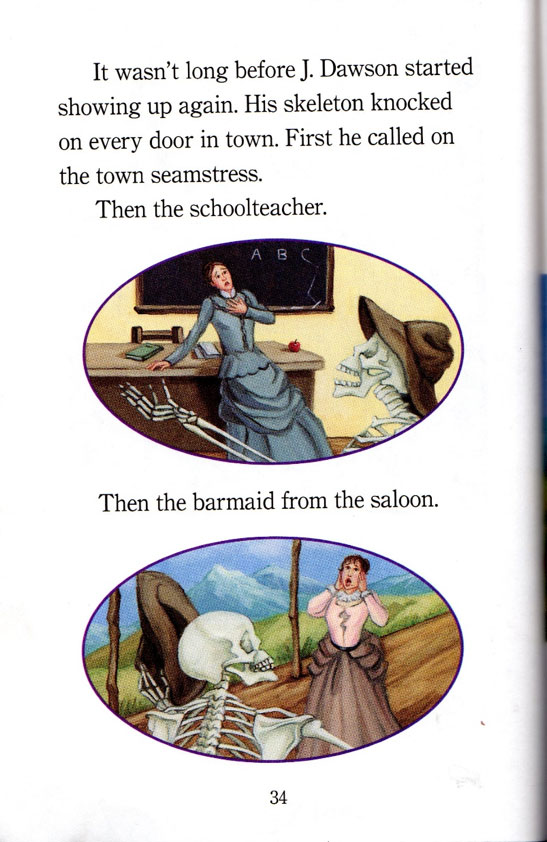 The last story in Spooky America titled By Hook Or By Crook features the sullen ghostly sailor on the cover. The sailor’s name is Captain Easkoot, and his story is set in Easkoot House, Stinson Beach, California in July 1903. Apparently the captain was quite a friendly fellow, up until his wife’s death. Then he grew quite mean and chased all those who attempted to walk on his beach. One interesting aspect of Captain Easkoot was that he had a gold hook for one of his hands. This hook, according to the story, is the reason why he still haunts his beach. You see, when the undertakers came to take him away, his gold hook tumbled out of the casket as they attempted to traverse his beach. Subsequently, it got washed away and his ghost still searches for it.

I don’t think many people know this book exists. I know I didn’t until I found it. This is a shame because it is quite the fun read, even for an adult. I highly recommend you search for Spooky America. You might get spooked and get a little history lesson to boot.