Now Read This: “Tell Me a Scary Story”

Carl Reiner’s “Tell Me a Scary Story…But Not Too Scary!” is a wonderful, whimsical read for monster fans young and old; a definite must read.

When my little sister was truly little she would ask me to tell her a scary story, but not too scary! Of course I never listed to that last part. Fast forward to now…and my little sister STILL won’t go down into the basement by herself or go into certain parts of our grandparents’ house without company.

I’d feel bad about this. But the way I look at it, she should have never asked me to tell her a scary story —not too scary or otherwise — in the first place knowing what I do on a daily basis (which is write about and create scary stories). 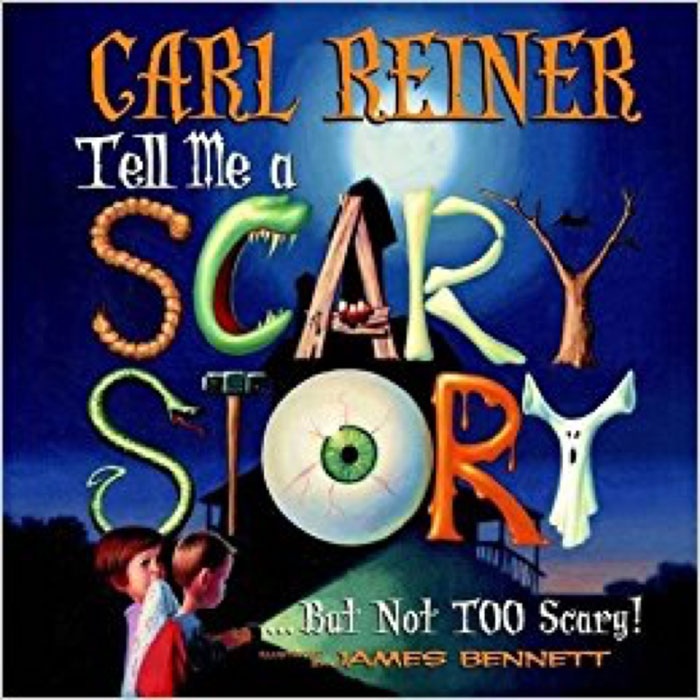 In Tell Me a Scary Story…But Not Too Scary! by Carl Reiner (yes, that Carl Reiner, of Dick Van Dyke Show fame), illustrated by the prolific James Bennett, a little boy asks his grandfather (who looks a lot like Carl Reiner) to do just what my little sister did when she was small.

Unlike me, this little boy’s grandfather listens to the “Not Too Scary” part of the request and even pauses to make sure the story isn’t too scary while he tells it (another thing I never did). 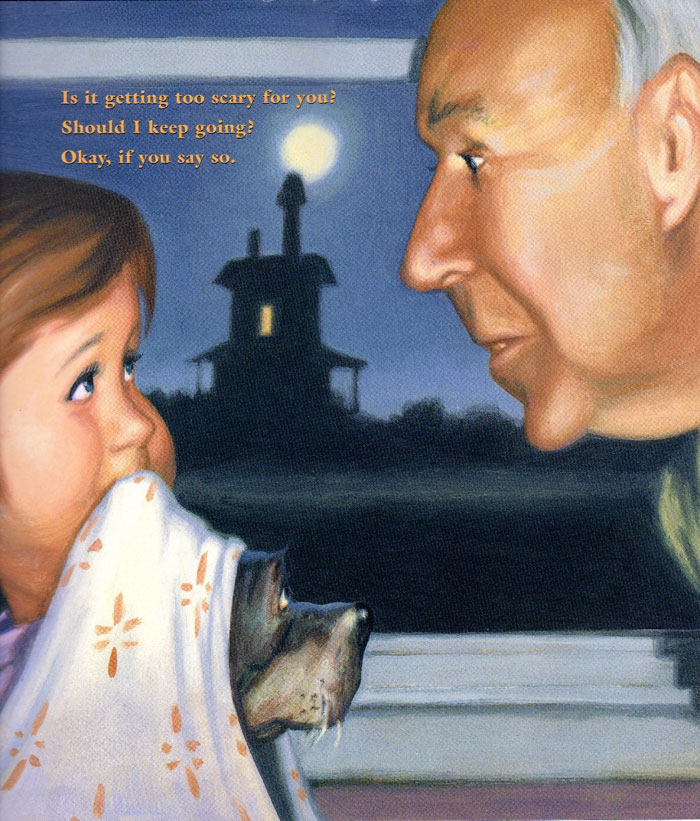 The story he tells his grandson centers on the arrival of a strange man who moved next door to him when he was his grandson’s age. This man’s names is John Neewollah. And besides sporting a head of flowing white hair, he sports a crooked smile and a secret.

After finding a marble, which looks a lot like an eyeball, the grandfather tells his grandson how he fell into Mr. Neewollah’s basement through an open window, and how he discovered the scary secret that Mr. Neewollah kept. Mr. Neewollah did what many readers of this website would love to do for a living — he made monsters for horror movies. 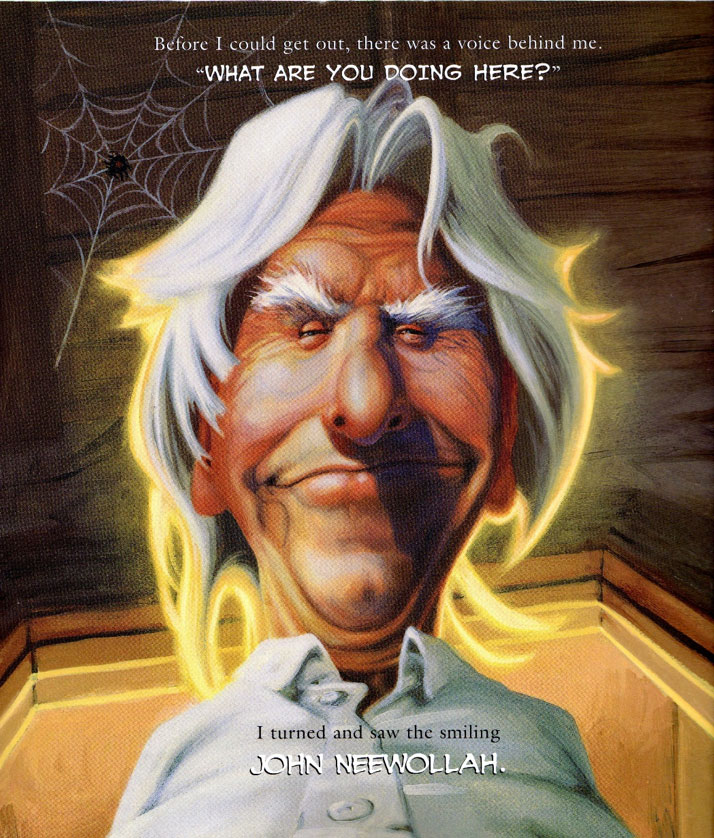 Like the story told by the grandfather, the wonderful illustrations in TELL ME A SCARY STORY are scary, but not too scary. To be more exact, they are whimsical, cartoonish and warm (which isn’t surprising considering who did them). That’s not to say that they don’t frighten a few times! Kids will love Mr. Neewollah’s monster masks which are quite gruesome and I dare say, beautiful. 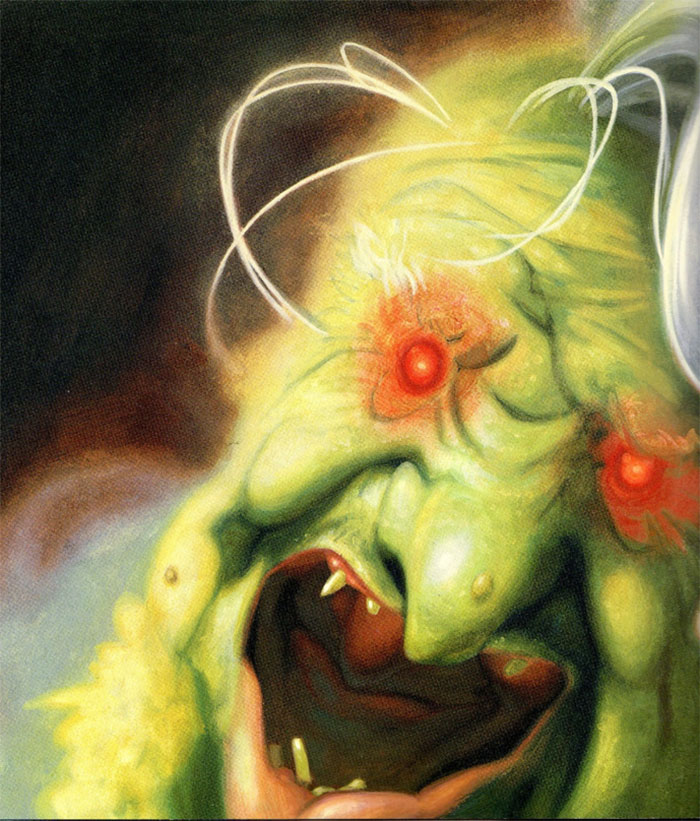 I have no real critique for this book, other than I wish it did what I did when I told scary stories to my sister, and disregarded the Not Too Scary clause. I would LOVE to read a fully scary vision of this story…and to own one of Mr. Neewollah’s monster masks!

If you ever get the chance, please pick up this book for your children’s fright fiction collection. It’s a great scary bed time read that (probably) won’t give nightmares!

Note: some copies of this book come with a sounds effects cd narrated by Carl Reiner. The copy I bought was used and did not come with this CD, so it was left out of the review.