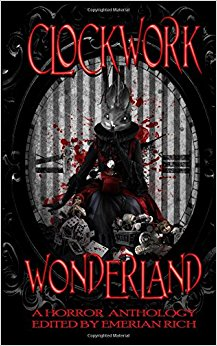 Edited by Emerian Rich and featuring stunning cover art by Carmen Masloski, Clockwork Wonderland is a unique horror anthology authored by a group of talented individuals.

Each of the stories inside this packed volume is intertwined within the universe of Lewis Carroll’s Alice’s Adventures in Wonderland and its sequel, a fun and at times macabre approach that gives the writers freedom to merge their own imaginations with the quirky, topsy-turvy world of the original masterpiece.

As David Watson points out in the collection’s foreword, while Carroll may have intended his most famous work to be suitable for children, the story of Alice falling into a rabbit hole and encountering a foreign world has served as fodder for nightmares and fantastical terror ever since the first book’s publication in 1865. 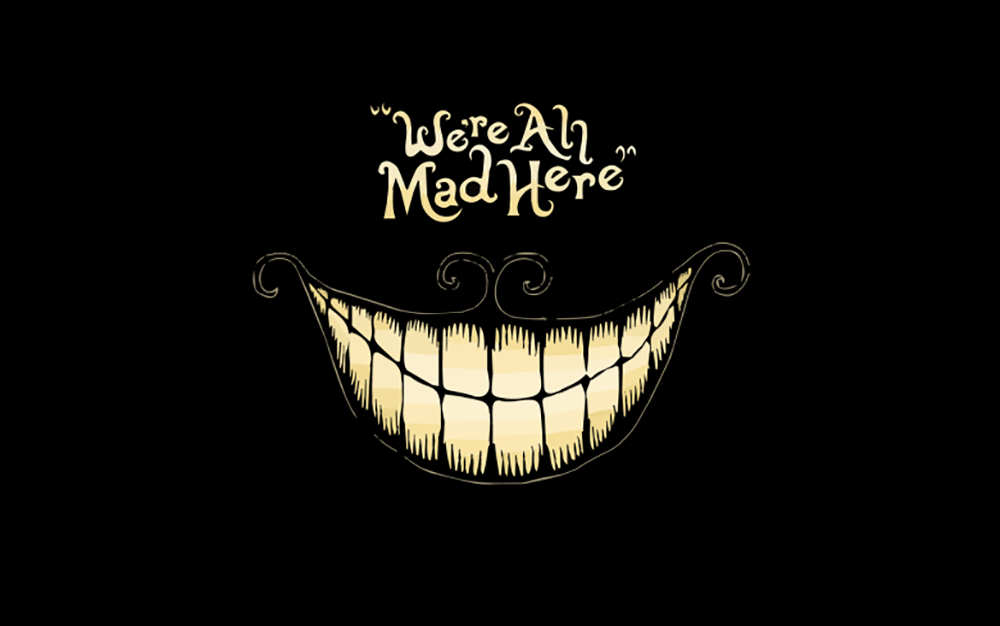 Clockwork Wonderland capitalizes on this fact by presenting 16 tales that are sure to entertain the mind and occasionally chill the blood. The anthology is brought to audiences by Horroraddicts.net, a website devoted to horror literature, film, comics, and more.

Clockwork Wonderland begins with one of the anthology’s strongest stories, Jonathan Fortin’s “Jabberclocky,” a concise tale about an abusive clock repairman, his weary young son, and a very peculiar chain of events involving body horror, a man “with the tall hat,” and one “fat, smiling cat” (those familiar with the source material will most likely recognize these characters).

Elsewhere in the collection, Trinity Adler’s “Clockwork Justice” spins a first-person narrative about a talking timepiece, the famous Cheshire Cat, and the Hatter. Though marred by grammatical errors and some stilted descriptions, the story builds to an engaging climax and utilizes well-placed stylistic touches throughout. James Pyne’s “Blood Will Have Blood” features some stunning imagery–including a woman hanging by a noose and a clock that operates with human blood–while Ezra Barany’s “A Room for Alice” pulls out all the horror stops by featuring some of the anthology’s most ghoulish depictions (severed heads, a broken spine, flowing blood, and even cannibalism).

Other stories in Clockwork Wonderland dive even deeper into the fan-fiction realm, including the dialogue-and-action-driven “Frayed Ears” by H.E. Roulo. This story merges several distinct universes into one, and fans of both the horror and fantasy genres will recognize many of the principal characters. Another standout in the anthology, N. Mcguire’s “Riddle” pits Alice against the infamous Jack the Ripper himself, resulting in a lively blend of fantasy and gruesome horror (especially when Jack reveals his identity).

Although the stories do seem to get a little repetitive as the anthology goes on (after all, the tales are all based on the same characters and imagery), “Clockwork Wonderland” is a gift to any fan of the Lewis Carroll originals. Readers not as familiar with Carroll and his writings might want to work their way through the collection slowly, so that the book appears fresh and inventive every time they crack open its spine.

Published by the editorial staff at Horroraddicts.net and available on Amazon in Kindle and paperback formats, Clockwork Wonderland is an enjoyable collection of the horror, fantasy, and steampunk genres. Not overly gory or violent, the anthology is suitable for both adults and older children alike, and makes for a worthy addition to the “Alice in Wonderland” mythos.