Take a hit, pump some iron, and give us a hand; we’re going to need a clean up on aisle four in Episode 4 of American Horror Story: Cult

“Despite all my rage, I’m still just a rat in a cage.” 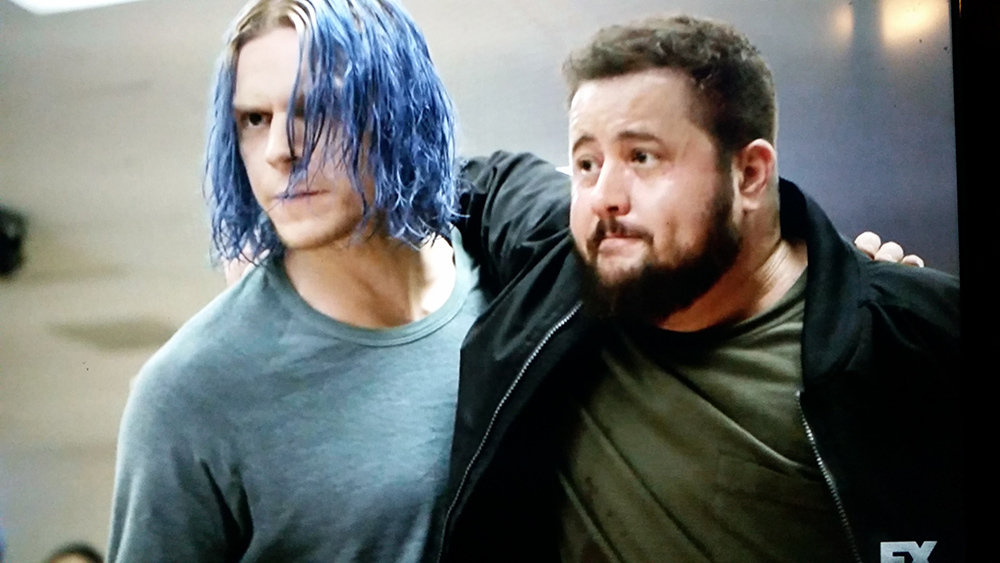 Tonight on episode 4 of AHS Cult entitled “11/9”, we witness the true persuasions of Kai’s ability to manipulate. He is gifted in the art of internally dissecting someone’s thought process and tapping into their emotional triggers, using this to get what he ultimately wants. I’d love to get more backstory on who raised him and his sister Winter. I’d also like to know why his key distinguishing feature is his punk rock blue hair, yet he often dresses like he borrowed Mr. Roger’s wardrobe and is stuck in a 60’s time warp.

Finally, we get to pull away from Ally and Ivy a bit and focus more on some of the other cast members.

We do, however, get to witness Ally doing what a lot of people did on election day — refusing to vote for either Clinton or Trump, believing neither were the best of candidates. We also witness Ivy getting literally grabbed by the pussy. Isn’t that the loveliest of Trump Hallmark cards (I type with sarcasm dripping from my fingers)? 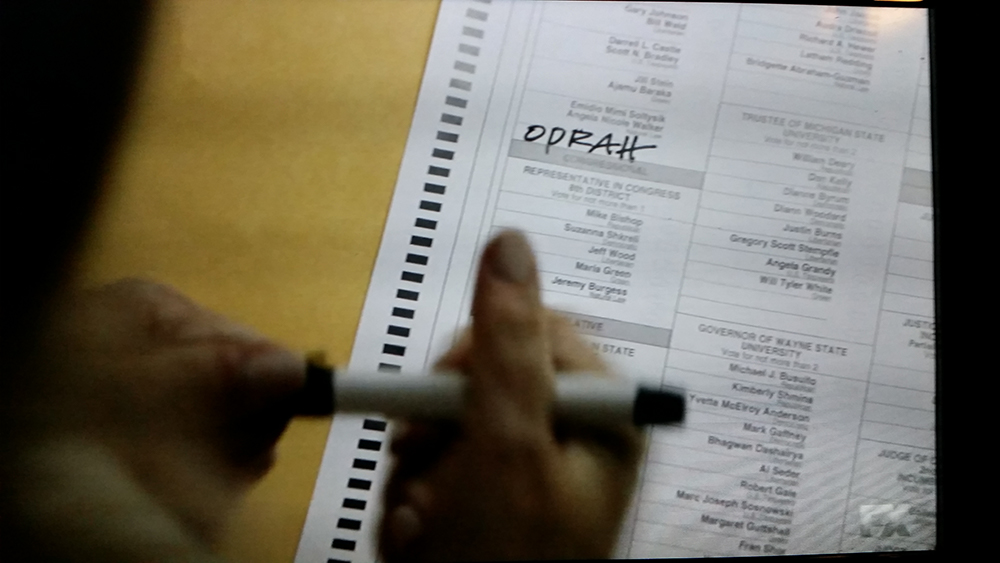 We also discover that Winter met Ivy, before showing up to interview for the nanny position, at an HRC rally the day before the election. The two meet and bond over lunch (at Ivy’s restaurant) after Winter defends a stunned Ivy, following the aforementioned assault by a Trump supporter. This explains why Ivy was so defensive of Winter to Ally and adamant that she keep her job. See how these puzzle pieces are forming together so nicely, AHS fans?

Next we get some interesting backstory on Harrison and Meadow, the fairly odd couple turned next door neighbors from hell.

We learn that the couple are about to be evicted from their home they can’t afford, a dirty little secret the (unemployed) Meadow has been keeping from Harrison. She handles the money (badly), but he’s the only one with a job — working as a personal trainer at a gym where he is belittled and demeaned by his meathead boss.  It’s here that he meets Kai, who has just hired Harrison as his trainer. 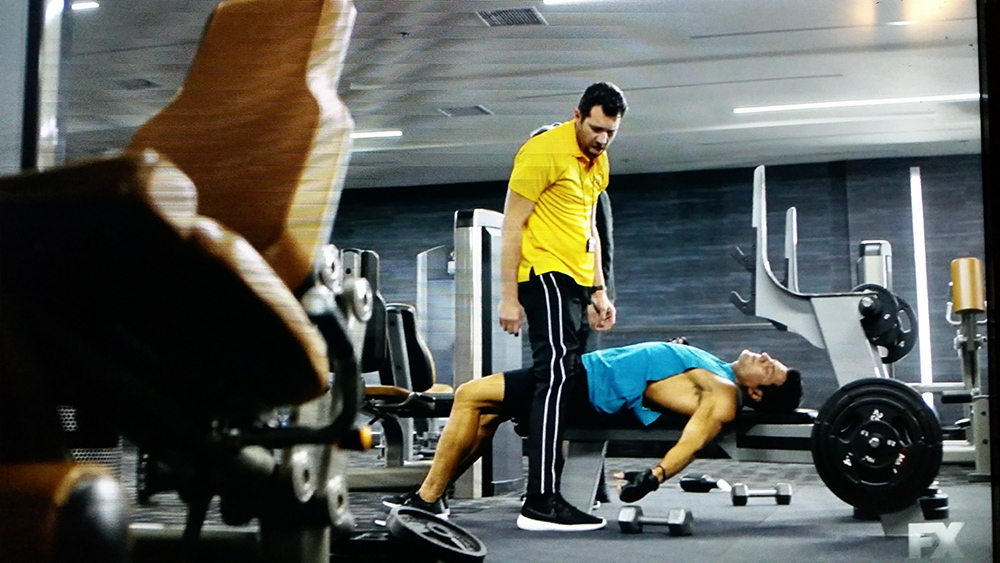 Kai tells Harrison he asked for him specifically, because he looked strong, and he does a great job continuing to stroke Harrison’s ego (among other things) as he builds up his trust. After being treated like a janitor by his swole boss and humiliated for the last time, Kai taps into Harrison’s anger and convinces him to commit murder. It might have helped that Kai was willing to clean up his own semen in the steam room, but I digress.

After the deed is done, Kai helps Harrison dispose of the body, coaching him as he tries to saw off his boss’s head in the bathtub of the seedy motel where Harrison and Meadow are now forced to live. It’s at this moment that Meadow walks in on the gruesome scene, and Harrison casually introduces Kai as a man she should put her trust in. Thank goodness a couple of guys outside the motel were kind enough to spark her up beforehand, because that’s a lot for anyone to process.

There’s so much bad news going on in the world, and we get to see local reporter Beverly Hope (played by the brilliant Adina Porter) cover all the dirty business in the streets while her co-worker, Selena (Emma Roberts) gets all the plush assignments, covering the feel good pieces that help us all escape from the ugly reality. 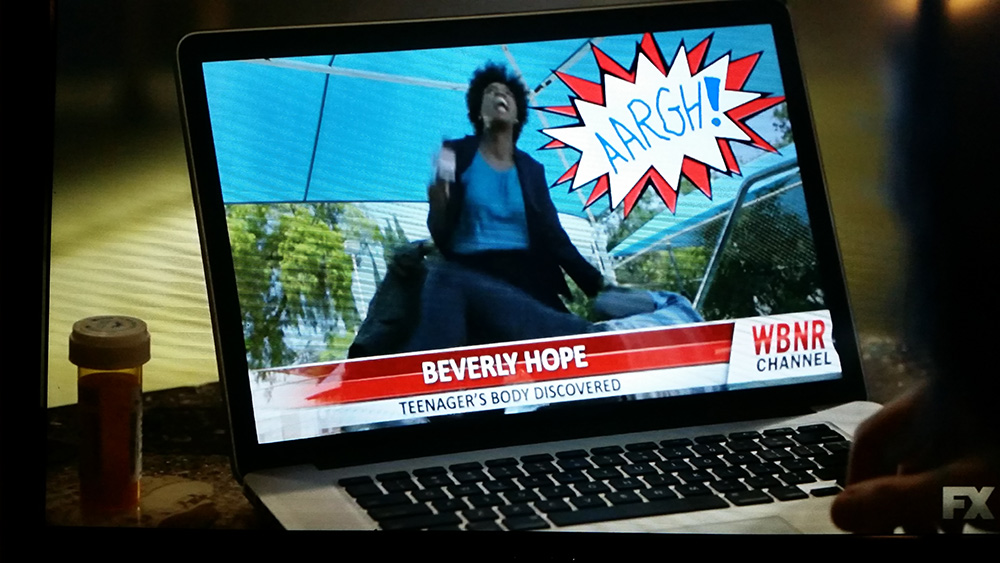 We soon learn that the young and beautiful Selena is working her way to the top using her looks and her sexual charms. And she’s more than happy to let her pervy boss, Bob (Dermot Mulroney), point out that only older gentlemen truly appreciate how sensitive a woman’s nipples are (seriously) if it means she can sleep her way to Good Morning America.

Beverly’s anger mounts as she watches Selena get massages while she’s sent to the city dump. As we discover through Kai’s research on her, Beverly recently had a bit of a meltdown over the combination of her unsettling work situation and all the “pussy grabbing” men desperate for their 15 minutes of fame who kept harassing her during her segments. Kai uses this information to lock in another disciple.

But it takes more than sweet talking to convince Beverly to join in on his fight. And we soon learn that Kai is not afraid to resort to more drastic measures to prove his worth. During one of Selena’s segments covering a pet adoption, three creepy clowns appear and brutally murder Selena and her camera man. At this point, all I could think was how happy I was that the clowns didn’t kill the cute little puppy she was holding — because I couldn’t take another pet murder. But this savage act is enough to win over Beverly’s heart, getting her to sign up for the cause of spreading fear and hatred. 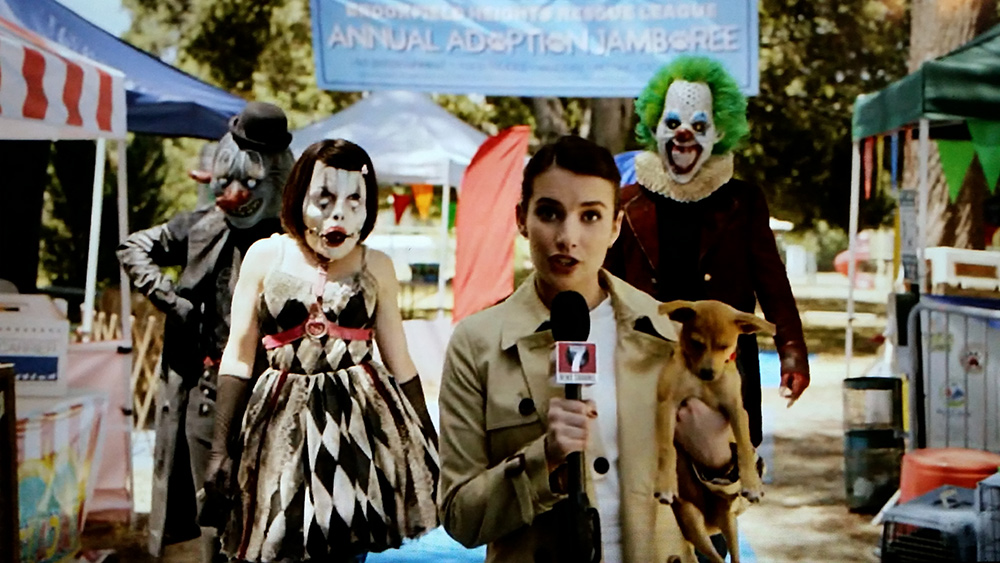 It’s time to get back to our favorite supermarket “Make America Great Again” buddy, Gary, played by Chaz Bono. Gary makes an appearance in the opening of the show by turning up to cast his vote for Trump, escorted by Kai, blood dripping from his jacket. After voting, he triumphantly raises his arm in the air, welcoming everyone to Trump’s America, and revealing his arm has been sawed off just under the elbow. Now we get the events leading up to that WTF moment.

We learn that Ivy and her new BF Winter have kidnapped Gary and chained up in the basement to keep him from voting for Trump. While Winter is home cleaning up from her escapades, Kai notices blood on her and gleefully asks for all the gory details. Cut to Kai appearing in the basement and giving our Republican friend a saw. We didn’t get a Jigsaw appearance, but Kai was definitely playing a very similar game.

Either cut off your arm and make it to the polls before they close in an hour, or be the pussy you love to grab and let people continue to demoralize you. Because of that opening scene, we know the choice Gary makes. 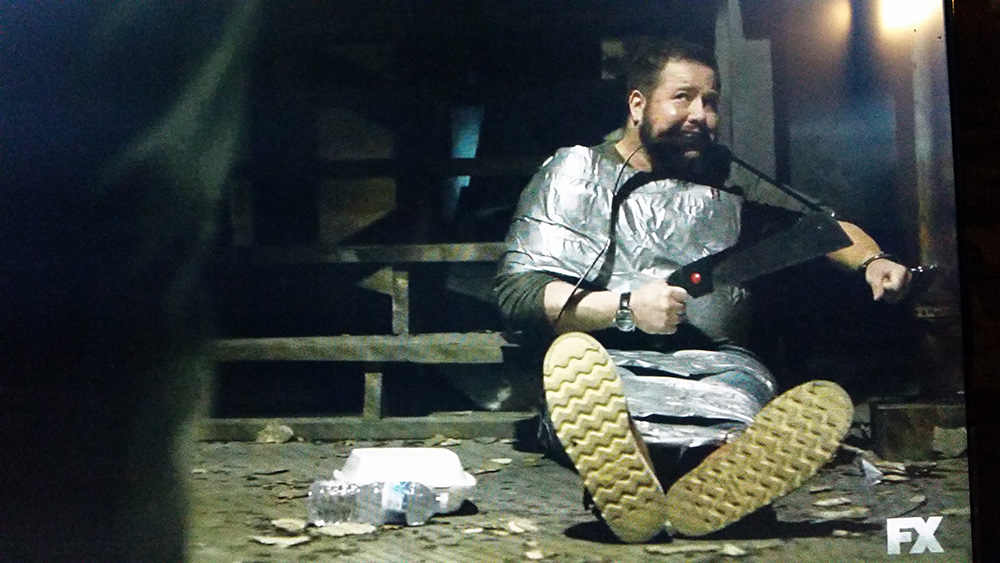 Side note I wonder how Cher feels about Chaz playing such a blood boiled American republican? I should check her Twitter to see if there’s any new Cap Lock responses! 🙂

The cult will be tuned in for the next episode. Until then, be aware of whose advice you take when you’re caught in a fit of a rage.

Written by guest columnist Kym Bear. Kym is from the Bronx and started in the entertainment industry working with celebrit