Ominous Origins: Asmodeus and the Hierarchy

This week on the Ominous Origins podcast, we return to our exploration of the history of demons, this time discussing Asmodeus, the Demon of Lust.

EPISODE SUMMARY
It’s been a while since we’ve talked about demons, but it’s one of my favorite areas of exploration. And I’m excited to return to the subject with a fascinating look at a Prince of Demons, Asmodeus, sometimes referred to as the King of Nine Hells. We’ll also explore the life of a man said to have been haunted by demons. 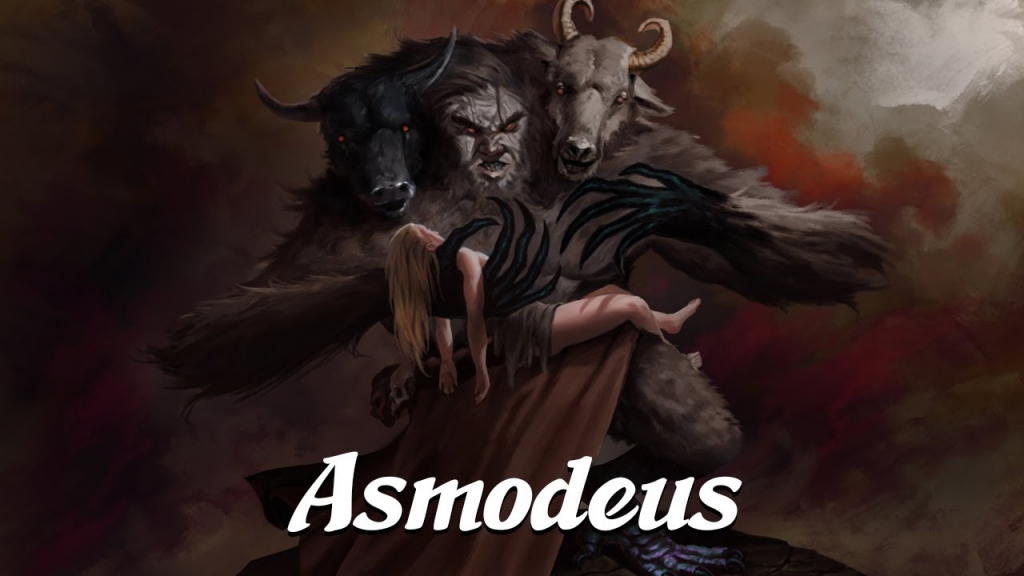 The history of demons is back! Yes, my favorite topic and segment on the show returns this week with a look at the powerful Asmodeus and the hierarchy of angels and demons. We also take a look at Charles Berbiguier, a man with a sordid past filled with demons.

But let’s start with Asmodeus. He was a demon, of course, who was also known by Asmoday, who was often portrayed as beast with three heads, a man, a bull, and a ram. He was a handsome fella to say the least. He’s also regarded as a powerful demon, even being considered as one of the rulers, or kings, of the nine hells. He was also a demon obsessed with a woman by the name of Sarah, who he forbade from ever marrying. In fact, the jealousy became so much that when she did marry, he simply killed her husband. This happened seven times by many accounts.

The hierarchy of the angels and demons can be broken down into nine areas, or choirs, with three different branches. The top sphere consists of those closest closest to the Throne of God, to the lower sphere, which consists of those closest to the physical realm. This hierarchy was created by Pseudo-Dionysius the Areopagite in his work the Celestial Hierarchy in the 4th or 5th century.

Lastly, we have Charles Berbiguier, whose name I have a hard time pronouncing, so I anglicized the crap out of it. He was an interesting character who was believed to have been haunted and tormented by demons of varying degrees. He also claimed to have communed with said demons on the regular, before publishing his very own autobiography, which detailed many of these encounters. Many scholars of the time dismissed him to a point, yet his work would be the central point of research and inspiration for other scholars in the field. It’s all about interpretation, I suppose.

Whether Berbiguier was honest in his claims, or simply mentally disturbed, is up for debate. But, if you want to know more, feel free to listen to the episode in full!