Ominous Origins: The Beast of Gevaudan

It sounds like something out of a horror film, but the Beast of Gevaudan was a very real threat for an ancient French farm town.

EPISODE SUMMARY
In the 1760s, a small rural town of France was terrorized by a ferocious, man-eating beast. And while no one was safe from the beast’s claws, it was unclear just who or what was actually behind the gruesome attacks. Tune in to learn more about this mysterious monster. 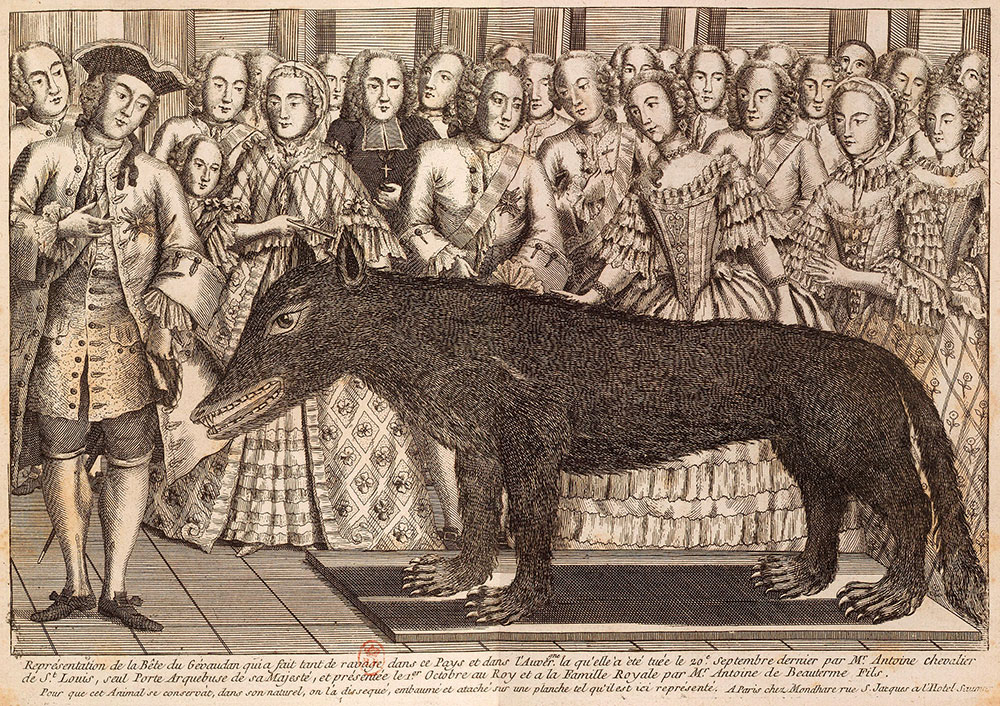 So, let’s say you live in the 1700s. And let’s also say that you live on a farm, or out in the country somewhere. What would be your biggest fear? Well, the city-folk would probably be afraid of muggings and murder. But you, your fears hit a little different.

How about being confronted in the middle of the woods in the dead of night by a massive wolf-like beast. It’s so ferocious, and it’s nothing like you’ve ever seen. It snarls, snaps its massive jaws, and before you can blink, your head is clean off.

If that sounds specific, that’s because it is. In fact, that was a very real fear for many in the Gevaudan area of 1760s France.

There was a beast, something that didn’t belong, lurking in the countryside, and it did not discriminate. Men, women, and children all fell victim to whatever this beast was. In fact, it got so bad that even Louis XV became involved. There was even a reward for the slaying of the beast — 6,000 Livres, which was a boat-load of money back then.

The beast was eventually believed to be slain, but shortly after, the attacks started again.

So just what was this creature? Well, there are many popular theories, ranging from exotic animals imported and escaping (similar to the alien big cats of a previous episode), to a prehistoric survivor from, well, prehistoric times, to a serial killer who used an armored dog to do his hunting and wounding.

I like that last theory. It seems the most interesting. But the beast’s actual identity remains a mystery.

So give this episode a listen and then sound off in the comments…what do you think the beast was?