He may have been just a man, but serial killer Edward Paisnel more than deserved his moniker — a beast in both appearance and brutality.

EPISODE SUMMARY
Going through some past episodes, I realized we’ve covered a lot of beasts. To be fair, the term beast can be attributed to any number of terrifying things, so I don’t feel too bad. Nevertheless, this character is a real piece of work. Edward Paisnel has hints of Albert Fish in the sense that he was a disturbed man who preyed on the young, and they both had a crime spree that lasted much longer than it should have. But we’ve already covered Fish, so onto the Beast! 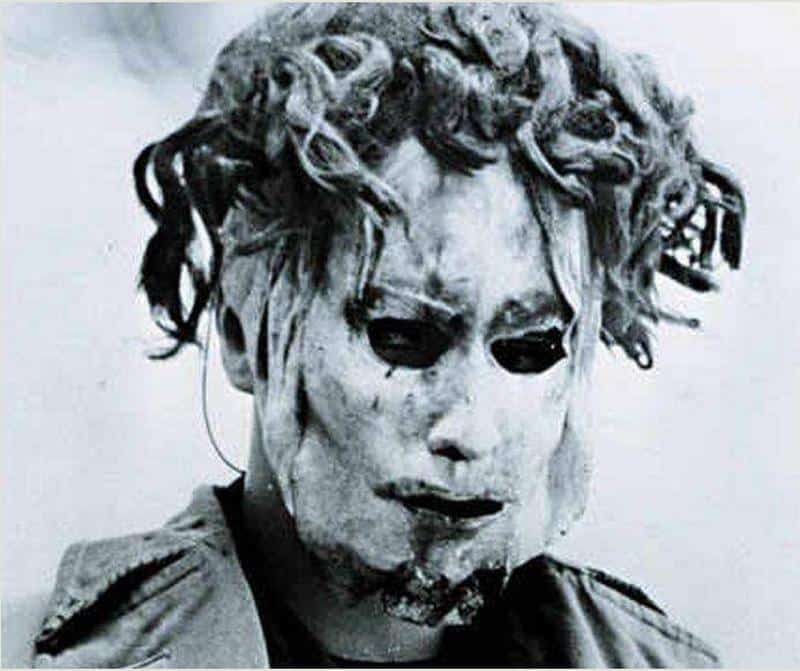 During the late 1950s through to the early ’70s. Edward Paisnel went from attacking women on the street and abusing them in a field, to breaking into homes and abducting kids from their bedrooms… and abusing them in fields. The Island of Jersey is a tiny place, and back in the ’50s and ’60s, it was even smaller in terms of population. The fact that this guy got away with what he did for so long is nothing short of incredibly disturbing.

So you’re sitting there thinking, “Yeah, this guy’s terrible for what he did to people and kids, but why is he is so terrifying?” Well, he would wear a disguise, and not just any disguise, but one that consisted of a loose-fitting mask and wig that resembled a woman — think Texas Chainsaw 3 — and a coat adorned with nails on the collar, sleeve, and front flap. He was right out of a nightmare, as you can see from the picture above.

Thankfully, he was eventually caught, the only way a serial criminal could be. What might that be? Well, you’ll just have to listen to find out.