On this episode of Ominous Origins, we discuss the man known to be the first werewolf, King Lycaon, who may have been cursed by Zeus with lycanthropy.

EPISODE SUMMARY
This week, we’re discussing a subject I can’t believe has not yet been explored on this show — diving into the possible ancient origins of werewolf lore. 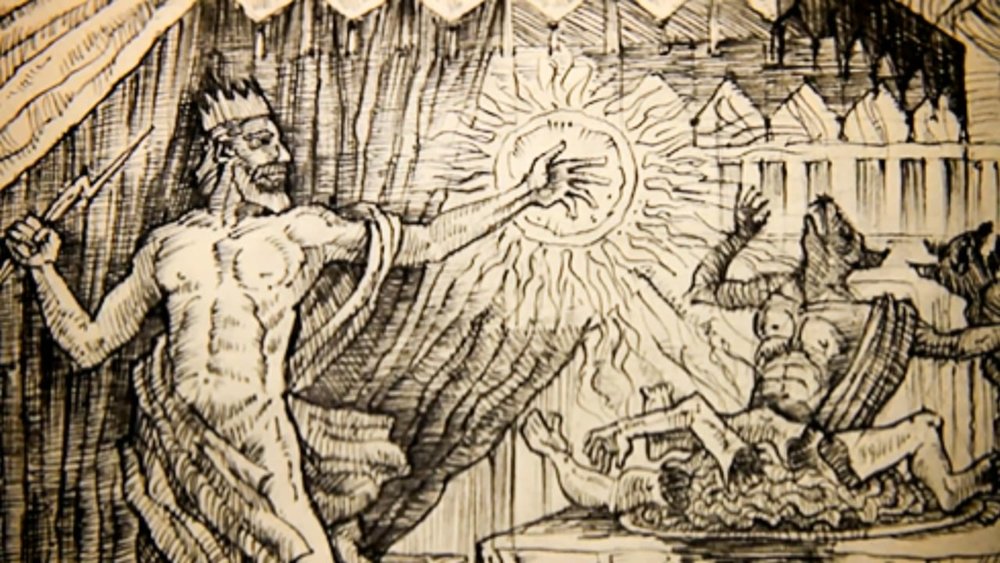 So here we are. I can’t believe it’s taken me this long to cover this all too familiar topic: Werewolves. But I struggled with the best place to start. Then I figured, why not just start at the beginning?

In Greek Mythology, there was a figure who went by the name King Lycaon — and the name should be a dead giveaway as to what he eventually became. The king was the ruler of Arcadia (before it was called as such), and he did a very bad thing. One day, he decided to do something that would royally anger Zeus, which is never a smart move. For his punishment, he had lightning bolts (naturally) thrown by Zeus to demolish his home, among other things.

But that wasn’t enough of a punishment for Zeus, and King Lycaon was eventually cursed to turn into a wolf that resembled his human appearance. Of course, all this is only if you belief Ovid’s recollection of the story. Others claim it was actually some of Lycaon’s 50 sons that did the deed, damning their father.

In the end though, the result was the same, and Lycaon was transformed into a wolf, at least for nine years. The deal was, if he could avoid consuming human flesh during that time, he would eventually have his humanity restored. The question remains then, could he fight his primal urges? Or did he succumb to them, forced to spend out the rest of his days as a werewolf?

It’s an interesting story, and one that has a ton of backstory. But thankfully I was able to condense a lot of it down for you.

There were also stories around the same time, if not a little before, of Ishtar turning one of her lovers into a wolf in the Epic of Gilgamesh. But that’s a topic for another day. Ultimately, the werewolf legend is one that has superseded time — and has carried on through the ages.