In our new head-to-head competition, 32 holiday horror films are competing, and your votes will decide who is crowned the ultimate Holiday Hero! 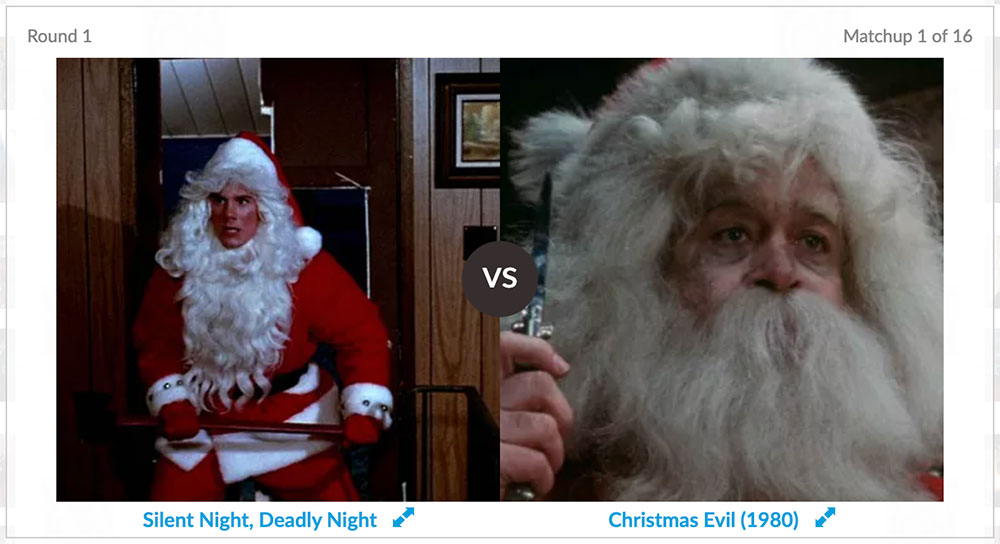 Based on the overwhelming success of Morbidly Beautiful’s first ever head-to-head competition, where we crowned the KING OF CARNAGE in a 32-film battle of Death Games movies, we’re thrilled to be coming back for another round of spirited competition. This time, we’re getting in the seasonal swing by matching up 32 holiday horror films, and there’s truly something for everyone here. We’ve got it all — from the whimsical world of Tim Burton, to brutal slasher classics; from Santas who slay, to sadistic snowmen; from campy classics, to musical mayhem, to hilarious holiday hijinx.

Whether you prefer your seasonal fare fully decked in a balls to the wall bloodbath, or if you prefer to partake of sweeter treats, nothing beats the gift of horror for the holidays. Let’s celebrate the magic of the genre — and the season — by honoring some of the best films you can get your Santa Claws on.

This holiday season, your favorite seasonal screen gems will take part in a head-to-head blitzkrieg, beginning with THE FROSTY 32!

Round 1 of the tournament consists of the following 16 matchups: 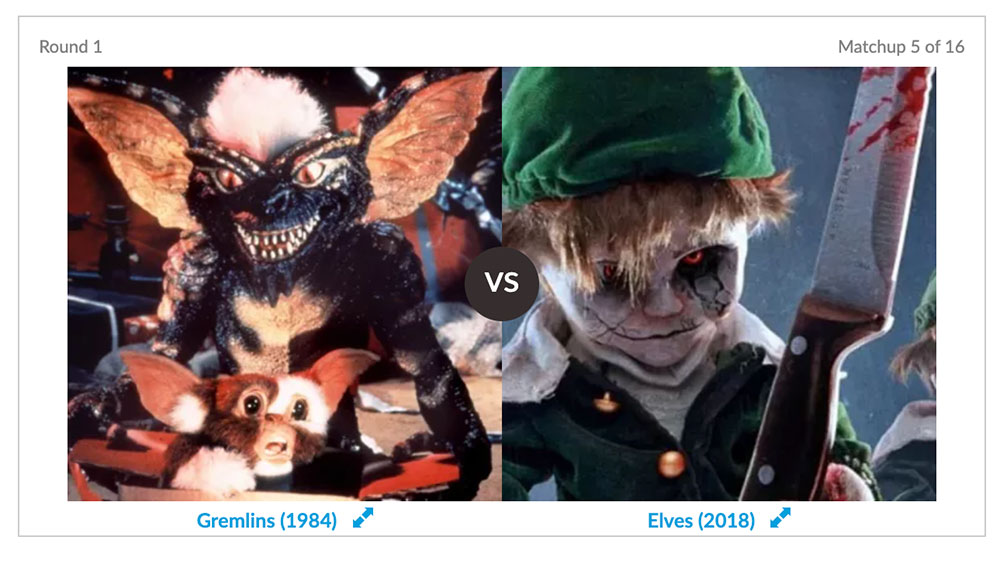 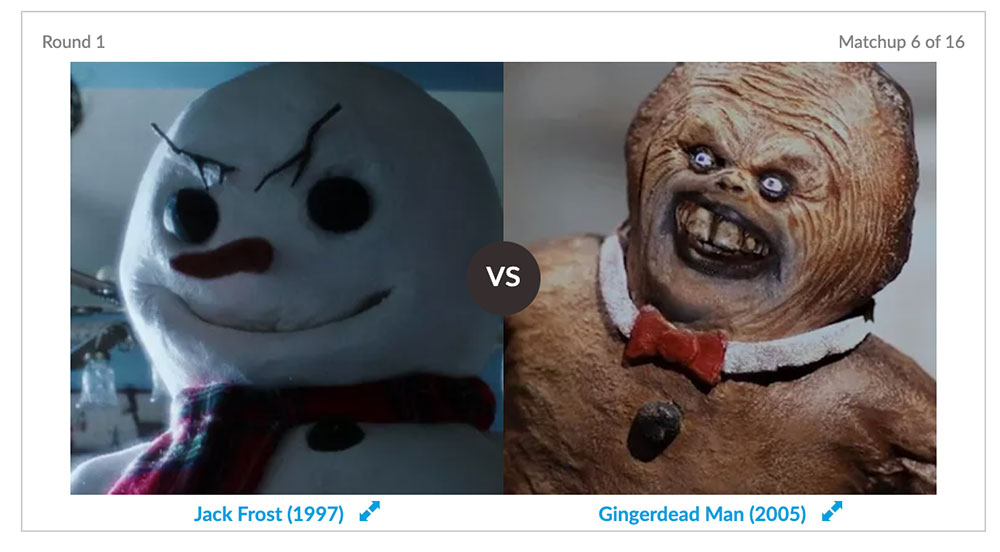 With each Match-up, vote for your favorite. You are able to vote once daily during each round. Be sure to also share on social media, and comment with your winning argument!  Voting for round one closes at Noon CST on November 21st, at which time you can vote on round two: THE SPIRITED 16.