They Mostly Podcast at Night: All Cheerleaders Die

Our celebration of Pride Month continues with the smart and subversive satire, full of witching and bitching, 2013’s “All Cheerleaders Die”.

They’ve got spirit, yes they do, and it’s the kind of spirit you can’t kill…at least not if a powerful Wiccan versed in resurrection spells has anything to say about it. 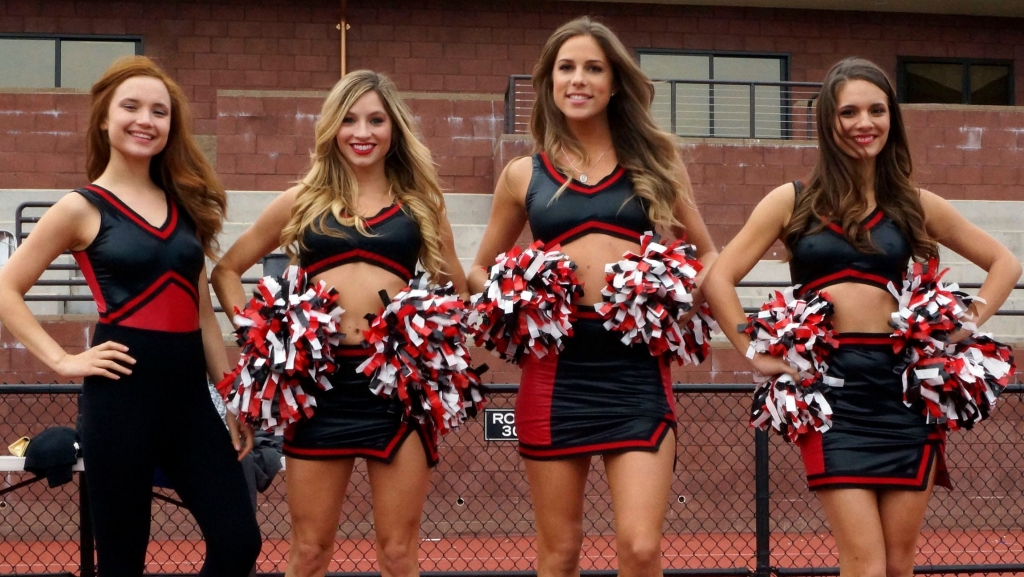 You can’t kill this podcast.

This week on They Mostly Podcast at Night, it’s week 3 of Pride month and the dyspeptic duo are back with another indie pick. Chaos is thrilled because we’ve got lesbian blood-suckers! Carnage is happy because…that’s how she is. But also because it is time to grab your pom-poms, date the star football player, and try not to die when not in the vicinity of a Wiccan with resurrection powers!

Maddy is a videographer for her high school and is making a video about the cheerleading squad when one of the cheerleaders, Alexis, demonstrates a flip off a pyramid… and the others fail to catch her. She dies instantly.

The next year, Alexis’ former boyfriend Terry (star player, natch) has moved on with Tracy, the head cheerleader. Maddy has surprised her ex-girlfriend Leena by trying out for the squad, and further surprises her when Maddy makes the team.

Maddy immediately cozies up to Tracy later at a party with the cheerleaders and football players. She seduces her new squad mate and Terry and Leena see them. Leena is heartbroken, but Terry is filled with rage.

Terry declares war, announcing that none of the “dogs” (football players) are allowed to continue dating “bitches” (cheerleaders, their moniker) and insults the cheerleaders. Tracy stands up to Terry and tells him off, but this just causes him to snap, actually punching her in the face.

Maddy immediately demands to know who is going to beat Terry up first for hitting a girl, but none of the other football players will speak up against their leader. Terry is still enraged, so the girls pile into one car and speed off, but the football players pursue.

Terry rides the girls off the road and their car smashes through a guard rail and plunges into a lake below.

To find out what happens next (because this isn’t roll credits time yet, folks) go watch the movie, and then join us for our take. Or just listen anyway, we don’t mind.