Posted by:
Tags:  Jemaine Clement season finale vampire vampire council vampire hunter What We Do in the Shadows

This consistently excellent season ends with a bang and an explosive revelation — a theater of vampires in which Guillermo takes center stage. 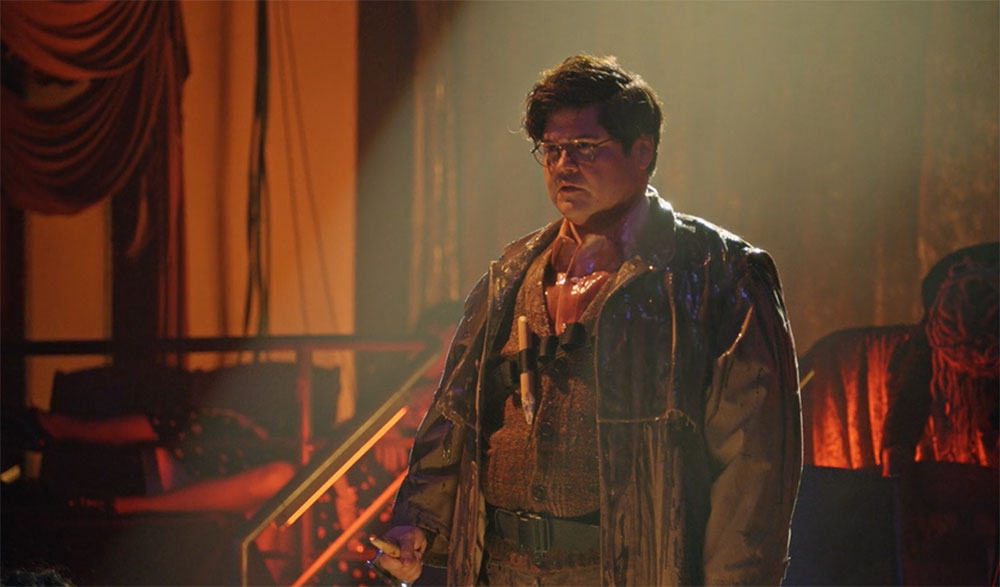 Our favorite quarantine distraction came to a close this week, in the form of another cliffhanger that will keep us anxiously waiting for the start of season three.

Guillermo remained the star of the second season, with the finale paying special attention to him and his recent existential crisis. Although Nandor and Guillermo seemed to make nice in previous episodes, Guillermo just can’t help but feel like he’s wasting his time being a familiar. So he ventures back home to live with his mom.

Nandor manages to finally crawl out of his coffin without Guillermo’s help to find a note that simply reads, “Sorry.” Our main vampire is distraught. He thinks he’s proven to his familiar how valuable he is and even promised to turn him into a vampire, but it just wasn’t enough. And really, how much did he care if he doesn’t even know Guillermo’s last name, phone number, or address?

The group can’t really manage to think of anything at all personal about Gizmo. In fact, they really only want him back so he can clean up all the blood and bodies and do their laundry (his poor master is left to putter around in a basketball jersey).

In fact, the “Guillermo is gone” sad vibes quickly evaporate when the group receives an exclusive invitation to Noeuve Theatres Des Vampires, the premiere vampire theatre that only the creme de la creme of vampires get invited to. 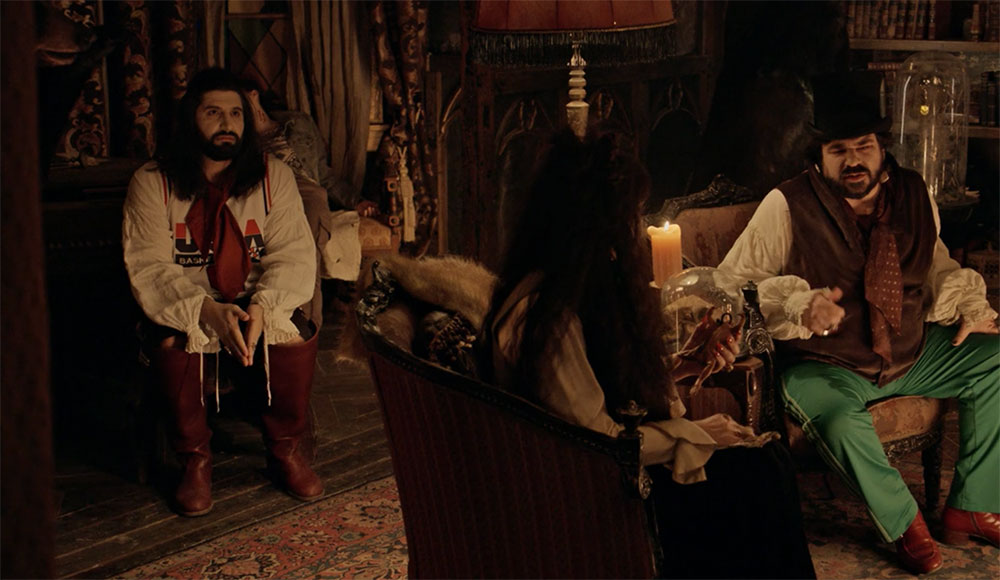 But of course it’s a trap set by the vampiric council, led by our favorite Conchord, Jemaine Clement.

In one of the best moments of the season, we get to see vampires act out the sins of our group, who are being accused of killing vampires.

But whoops, that was all Guillermo, who watches the twisted festivities from the rafters. Guillermo is there to once again save the day after dropping by the house and realizing his friends were in grave danger (with the help of the Nadja doll). After seeing himself poorly represented on stage, he drops down to dispense some vigilante justice.

With some cute and funny camera tricks, Guillermo destroys the whole theatre full of baddies, saving his pals while wiping out much of vampire royalty.

And with that, the season ends, leaving us to ponder how the gang will get out of this mess. 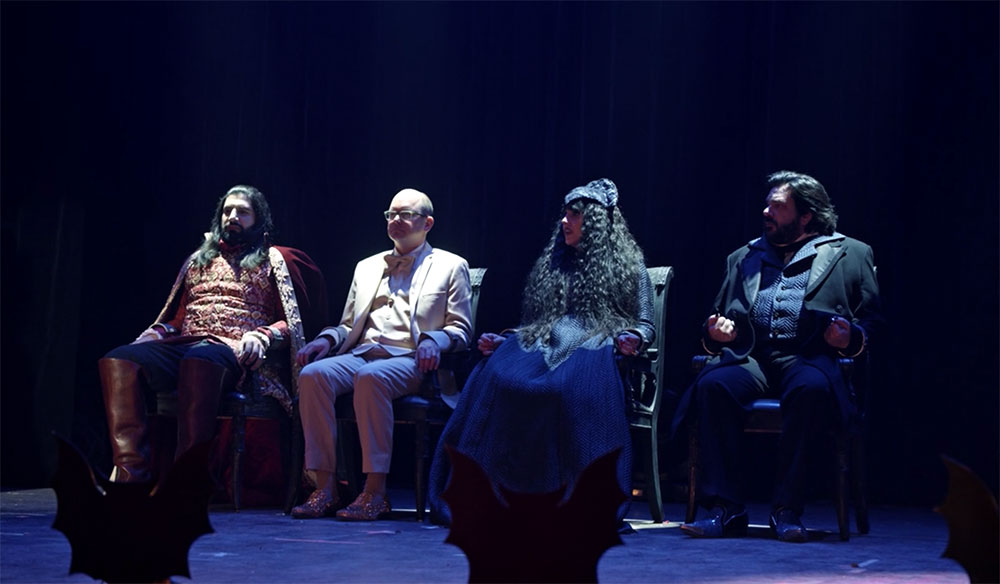 Is Guillermo back in the mix?

Will Nadja and Laszlo trust him now that they know he’s a formidable vampire slayer? Can Guillermo stick by his friends now that he knows how little they cared to learn about him?

I personally can’t wait to see what the writers come up with next season, especially after series creator Clement recently broke the news that he has left the writing staff. Can the show maintain its killer streak? We may have to wait a while to find out (there’s no news yet of the season 3 premiere date, but our best guess is late Spring 2021), but hopefully that will wait will be worth it.

And if season two is any indication, it definitely will be.