Chaos and Carnage wrap the decade with a flashback to the start of the 2000s — concluding our recap of the original “Scream” trilogy. 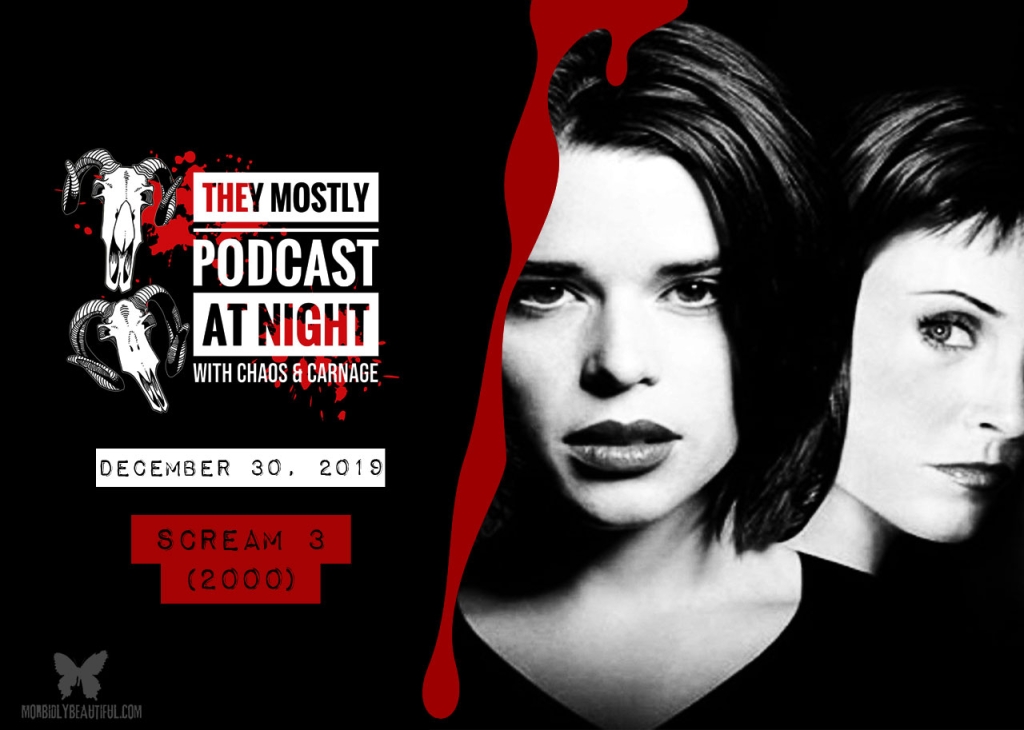 **Special announcement: Chaos and Carnage are taking the month of January off for some much needed R & R, but will be back starting in February for Women in Horror month and Black History month!**

The most terrifying podcast is always the last.

This week on They Mostly Podcast at Night, Chaos and Carnage invite you to the set of the movie within a movie to this third installment of the Scream franchise… for murder of course! It’s meta! It’s comedic! It’s more ‘90’s A-list actors than you can take a stab at. It’s Scream 3! 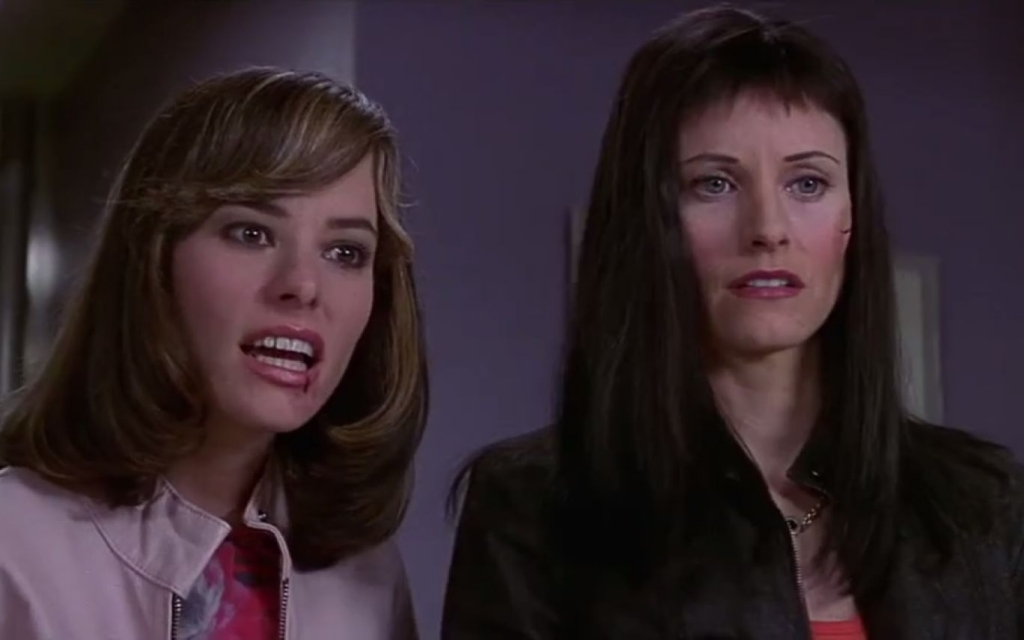 Cotton Weary’s got a chat show, Dewey’s an advisor on the set of Stab 3, Sidney’s in hiding working from home as a women’s crisis counselor, and Gale Weathers is… being Gale Weathers. Just really Galeing it up, as usual.

Ghostface is back and determined to lure Sidney Prescott out of hiding in what was originally intended to be the final sequel of Wes Craven’s Scream series. And because of that, we get a lot more story with this one.

There’s also more comedy. And meta murdering. Because Ghostface is on the set of Stab 3, killing cast members. Sidney, Gale, Dewey and Randy – kind of – all converge again, this time in Hollywood, to find out who’s taken on the slasher’s mantle this time.

Check out the trailer for Scream 3 below, which is currently streaming on Amazon Prime. And be sure to tune back in the first Monday in February for our next episode, to be announced.