They Mostly Podcast at Night: Scream 2

Remember the rules and get ready for final exams at Windsor College, as we try to figure out who’s take a “Stab” at cute co-eds in “Scream 2”. 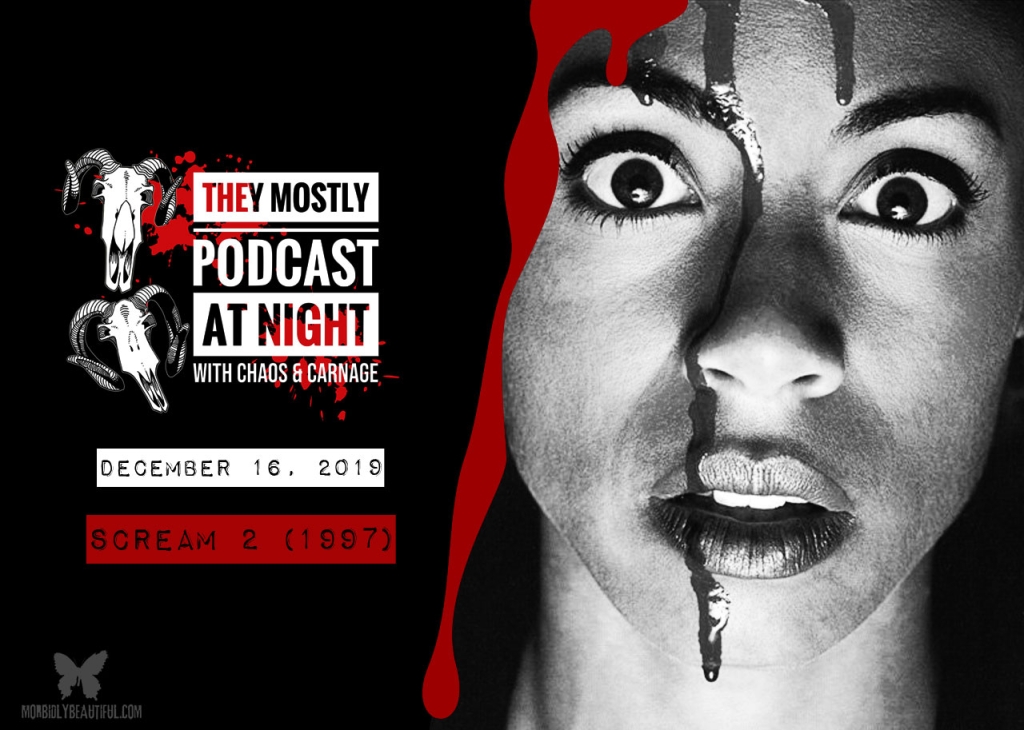 Someone has taken their love of this podcast one step too far.

This week on They Mostly Podcast at Night, Chaos and Carnage are urging you to attend higher education. Because the improbable killings in this meta-slasher require a college campus… or something. It sounded good. Get ready to binge drink, take some prank calls, and help your old buddy who used to be a cop fall in love with — wait, we mean hunt — a killer in Scream 2!

Scream is unique as a slasher that follows the final girl through the sequels instead of a specific killer. So for this sequel, we see Sidney in college, dealing with prank Ghostface calls, boy drama, and more crap from Gail Weathers.

All has been comparatively peaceful… until the release of the movie Stab, which launches a whole new string of murders, beginning opening night in the movie theater. The new Ghostface killer is going after people who have similar names to the original victims. But never fear, because Dewey is back to protect Sid and solve the murder! Or get back in Gail’s pants. One of the two.

Can everyone from the first movie stop the new killings without getting slashed up themselves? What’s Sid’s dating life like these days? Who knew Randy had a cute sister? All these questions and more will be revealed in our expert coverage.