We return to Woodsboro to learn the rules of the trilogy with some old friends, new faces, shocking surprises, and more meta madness. 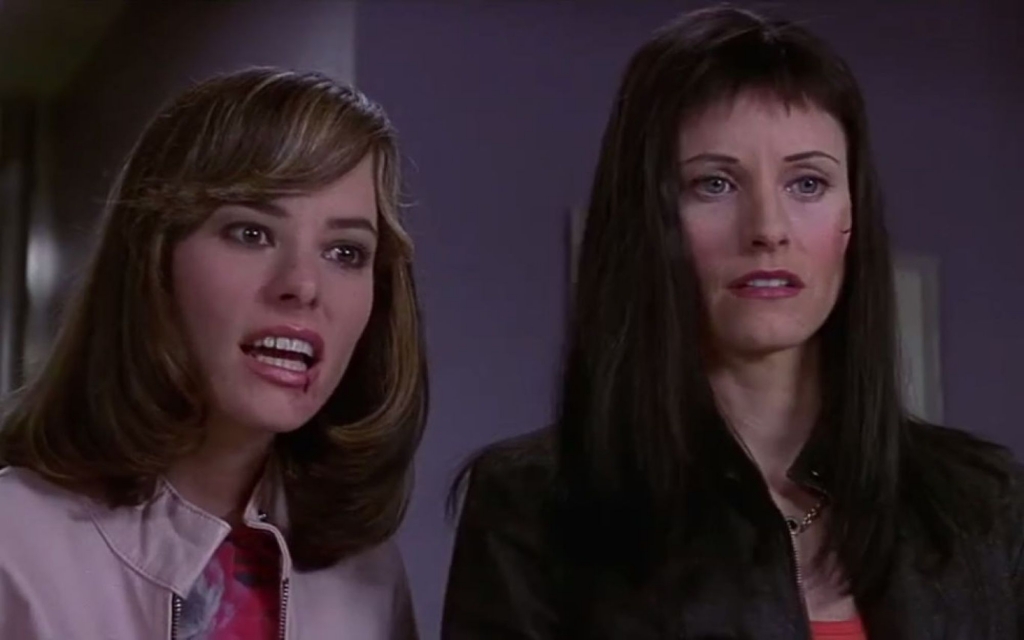 It’s the new millennium. Y2K didn’t kill you. Or maybe it did.. and this is all a Twilight Zone episode.

This is the only part of the Scream trilogy not to be written by Kevin Williamson. Ehren Kruger (writer of the film Arlington Road, who would later go on to write the screenplays for The Ring, The Ring Two, The Skeleton Key, and Rings) was given the task of writing the script based on notes Williamson himself had sketched out.

Scream 3 delivers an end to the original trilogy with a big reveal. It was only speculation up to this point that Sidney had siblings or other family members. Which, still begs the question, will Scream 6 invite more of her long-lost family members?

The making of Stab 3 gives a great excuse to invite a new batch of characters that don’t need a lot of substance. Gale’s Actor portrays the perfect yin to her yang. An almost picture-perfect sister-annoying sister interaction.

The idea of the killer following multiple scripts, making everyone constantly guess, sounds good on paper. My only issue was the legacy characters didn’t seem to have any issue surviving. Yes, Sidney was shot, but it’s obvious she would wear a vest. They were too powerful for a Thanos-like antagonist who controlled the outcome of a trilogy.

The series ties up any loose ends that could bring Ghostface back…or does it? Obviously, nothing ever really ends.