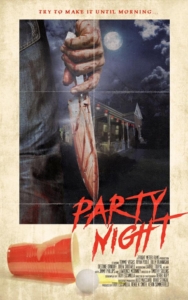 If you’ve ever wondered just how exactly you go about making a film or where to even begin, this interview with Troy Escamilla provides a lot of insight. Troy is the writer, director, and producer of the upcoming slasher film Party Night and the film is his first venture into feature filmmaking. Party Night is about six friends who become prey for a sadistic psychopath when they decide to ditch their high school’s after prom party for their own celebration at a secluded house. I was happy to be able to connect with Troy as he took the time to share his experience of making Party Night with us.

PARTY NIGHT was the first film you wrote and directed. What was the experience like bringing your story and characters to life?

I honestly did not know what to expect at all when we began shooting Party Night. Believe it or not, it was the first film set that I have ever stepped foot on. Though I have always been a huge fan of film, I just never dabbled in the technical aspect of filmmaking. My passion has always been writing. Those who know me know that it has always been a goal of mine to produce one of my screenplays. Though I have written four slasher screenplays, Party Night seemed just to be “the one” from the moment I finished it. With its dark and brutal tone, likable characters, and winks at several other slasher films, I knew I wanted to share it with other fans.

The first day on set was surreal, and I honestly do not think it has totally hit me that Party Night has actually been filmed.  I have to give such major kudos to our cast. I am still amazed that I was able to assemble such a talented, passionate, and dedicated cast for my first feature. Seriously, the level of talent this cast possesses is mind boggling and to a level very rarely seen in low budget slasher films. They put so much trust in me and my vision, and I’ll forever be grateful to them for that. 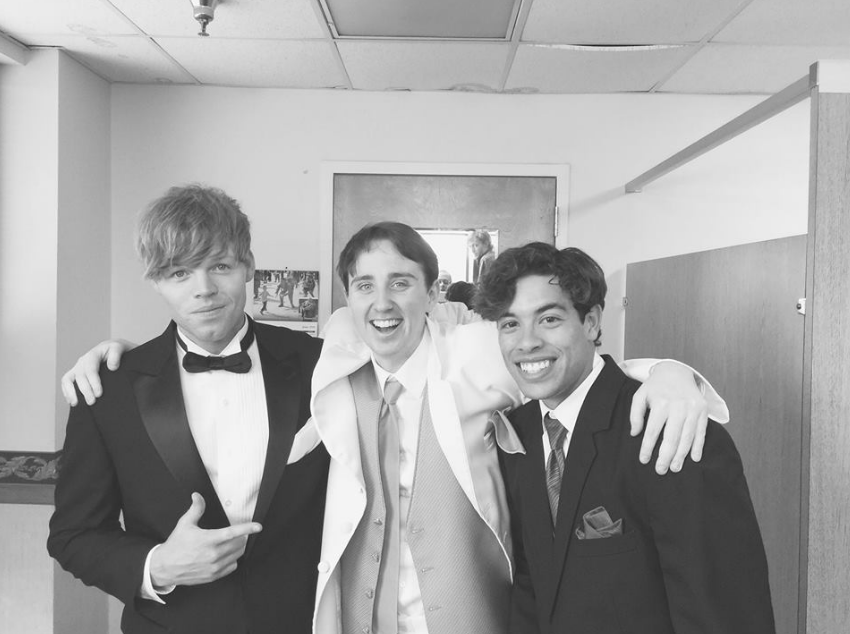 But back to that first day of true filming; the very first scene we filmed was a tuxedo shop scene with our three young male actors. Though short, it is one of my favorite scenes in the script and hearing the actors give life to the dialogue that I wrote was, to sound corny, magical.  And then, the very next day, we did a bedroom scene with the three girls and they were equally brilliant in bringing these characters to life. The performances were extremely important to me because, and this is where the film does stray a little away from the 80s slasher formula, I wanted the audience to really care about these kids. To get to know them. To root for them, so that when what happens to them—and it is very brutal—finally does, it has that much more of an impact.

A few days into filming, the directorship fell into my lap. Along with Renee K. Smith, who co-directed with me, I forged forward with very little knowledge of how to actually direct a film. I just knew the vision I had for the film and how I ultimately wanted certain scenes to play out; I quickly found that I enjoyed having the input to shape the scenes how I saw them in my mind, and it helped drastically that Renee knew and shared my vision for the film.

This would be a good point to give a major shout out to our talented Director of Photography, Derek Huey, who can only be described as a true artist. I have to mention as well that some of the best moments on set were the filming of the death scenes. Our special effects make up artist Heather Benson is amazing and also went above and beyond to pitch in other areas when needed. Her effects are gruesomely brilliant—I did not want any cop out off screen deaths, and Heather ensured that we are able to show every death in its bloody glory. It was a blast to see how these effects are put together or pulled off from behind the scenes. 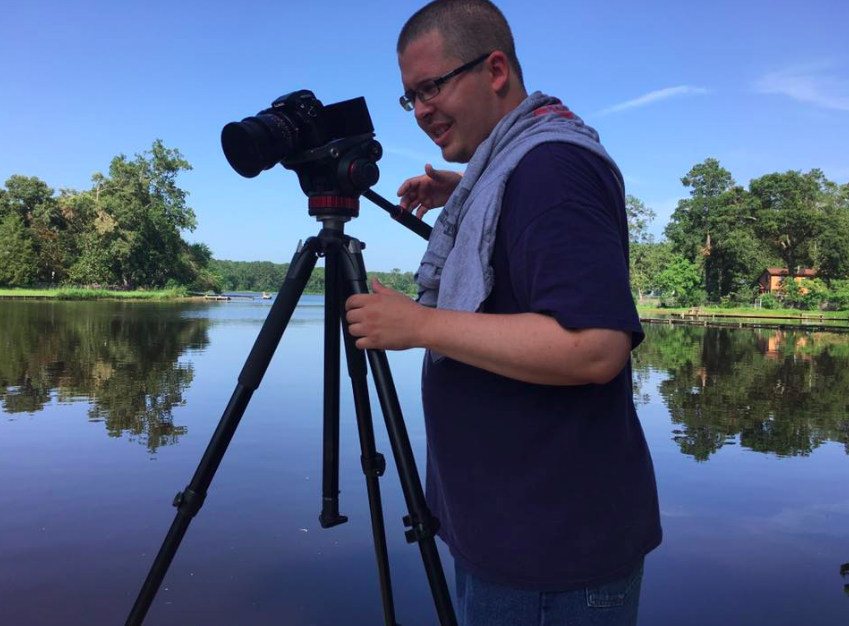 The production of the film would not have gone nearly as smooth without the commitment and dedication of everyone involved. We truly did have a very small crew and cast and everyone eagerly wore multiple hats. We all stayed in the house that we filmed at for the sixteen days of shooting, and while this could have led to conflicts, instead it led to bonding and friendships. We all still chat on a regular basis and are all equally excited to share this film with audiences. I believe we all learned a great deal on set, and I know I am certainly more prepared for next time. In the end, I do not think I could be happier at how the production went and with the footage.

You raised money on Kickstarter to fund PARTY NIGHT. What is it like running a crowd sourcing campaign and what challenges were there?

Running a crowdfunding campaign, as I quickly learned, is no easy task. Statistics show the majority of them do not achieve their goal which concerned me greatly before launching the campaign. Moreover, after tons of consideration, I decided to use Kickstarter, which is all or nothing and added to the stress of the whole experience. I did some preparation before launching the campaign, including getting a teaser trailer shot, researching similar campaigns to determine desired perks, and discovering how others promoted their campaign. Once I launched the campaign and the initial “excited for you” pledges wore off, I did get rather panicked. I was sharing the Kickstarter campaign several times a day and messaging and emailing all of my contracts, certainly exhausted them. Still, there were literally stretches of days when no pledges came it.

Halfway through the campaign, I gave the Kickstarter page a face lift. I added a video of myself and another producer, Renee K. Smith, discussing the film and our passion for the genre. I asked our cast to submit introduction videos that could be posted on the page as well. Additionally, I reached out to various blogs, etc.. to see if they’d be interested in interviewing me regarding the film; these actions did ignite interest and pledges increased. The cast and crew were also instrumental in obtaining pledges because they also shared the campaign extensively.  Luckily, with two days of the campaign left, we reached out goal. I was ecstatic and vastly relieved and thankful.

I have been asked a few times if I would ever do another crowdfunding campaign. My answer is yes. I’d like to do at least one more so that I can put everything I learned from the Party Night campaign to use. For example, I’d definitely spend a lot more time planning and making contacts well before I launch the campaign. Most of my contacts didn’t even know I was launching one unt