It’s always exciting to see young filmmakers starting out who have the potential to become big names in the horror genre. This is the case with writer/director Tristan Clay and writer/star Destinie Orndoff, as the two wrap principle photography on their first feature film Red Eye. The two have the know how and passion to take their production company, Deranged Minds Entertainment, and produce quality films for a long time. With that said I was happy to connect with Tristan and Destinie and discuss their experience on Red Eye as well as their horror inspirations and more.

First, explain what RED EYE is about?

“Red Eye” is a legend Gage use to be told as a kid. When Gage found out there was truth behind the legend he decided to take a group of friends out into the backwoods of Black Creek WV. He used this legend as the basis of his first film project as he is an aspiring filmmaker.

Were there any influences on the filming style for RED EYE? If so, what were they?

Destinie: One of my biggest influences was The Devils Rejects because the handheld, in your face, gritty look for the intense scenes was something we utilized in the second act of Red Eye. Evil Dead (2013) was another influence because the lighting of the woods and camera work through the woods was visually stunning.

Tristan: I agree with Destinie on how influential the look of The Devils Rejects played a part in our film. I also think Night of the Living Dead was one that had some influence on the film with the use of shadows.

Were there any inspired moments on set that allowed for improvisation or the slight changing of a scene, or did you pretty much adhere to the script?

Tristan: We followed the script fairly well, but there were a few things that got alternated or cut because various conflicts or reasons. All in the fun of independent filmmaking! 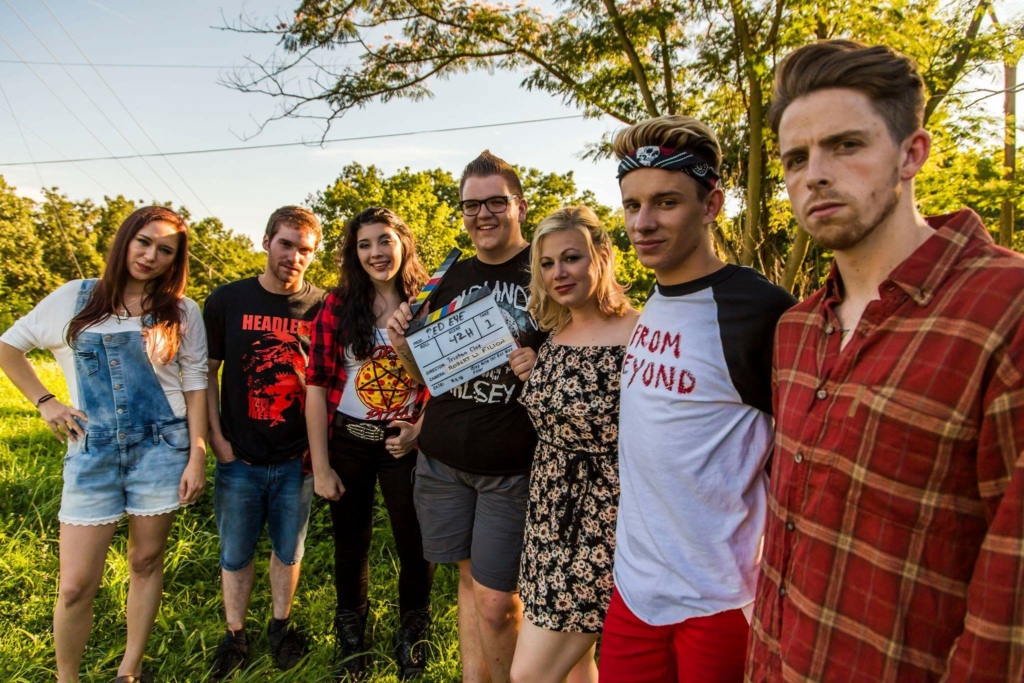 Destinie, as an actress how is it different preparing a character for a feature length film as compared to a short film?

Destinie: With a feature film, you definitely get to spend a great amount of time with your character as opposed to a short that is usually done in a day or two.

You had a couple of popular names in the indie horror world on set with Jessica Cameron and Heather Dorff. What was it like working with them and what was the biggest takeaway you had from their experience?

Destinie: They are both very (very) sweet girls and definitely know how to have a good time. It was great working with them, as they are very seasoned actresses that have years of experience. I learned a lot about the industry and craft with my time spent with them.

Tristan: Oh boy…where do I even start? These girls are a blessing. It was an absolute honor working with them. They taught me so much in such a short time. We were lucky to have them apart of our first film. And jeash, do they know how to have a good time!?

Was there a specific film or actor or filmmaker for each of you that made you want to make movies?

Destinie: Some directors would be Rob Zombie, Jen & Sylvia Soska, and Wes Craven. I’d say the twins because they started out the way we did with Dead Hooker in a Trunk — with a budget of nothing — then built themselves up. I’d also say Rob Zombie because I fucking love him and I aspire to make films as original and bad ass as his. And Wes Craven because A Nightmare on Elm Street was the first horror film I saw as a kid and my favorite of all time. He is the reason I am the person I am today.

Tristan: I’m going to copy Des above, but I do have to say Rob Zombie has inspired me to make original films that stand out as their own. Another inspiration of mine that I have to give credit to for helping me tremendously in making my first feature and inspiring me on the daily is my dear friend, Jessica Cameron. She is one of the most hard working people with such a beautiful soul and talented mind. 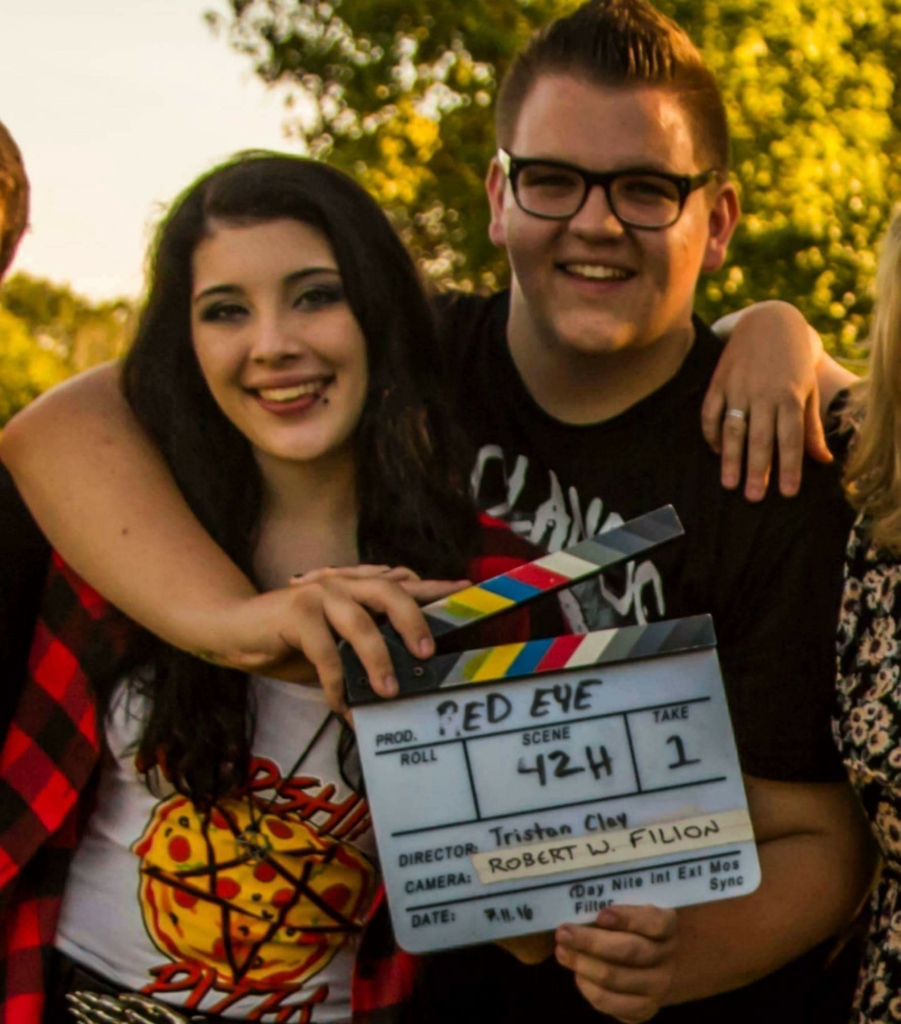 Having completed the filming on your first feature film, what’s the most important thing other first time filmmakers should expect?

Destinie: I’d say other first time filmmakers should expect that its not a walk in the park. It takes hard work, dedication, and immense passion to make a feature film. But if you love it enough and never quit, its possible. Go out and kill it.

Tristan: I will definitely say making a film is not easy. We’ve faced so many challenges, but they’ve only made us stronger and ready for the next one. Don’t let that scare you though…because nothing worth it comes easy. Hit record and tell a story!

Tell us where we can find and connect with you guys, RED EYE, and Deranged Minds Entertainment. Also. do you have any other projects in the works or anything else you’d like to share?

Destinie: I have Party Night coming out next year and a few other films in the works. As for Tristan and I, we are all Red Eye until we get it through post-production. Although, we do have another film idea for a future project.

Tristan: Ever since we’ve wrapped production, I’ve been stuck on the creative train and wanting to begin writing. There is a project I’ve been offered a position on in LA that I am hoping happens and is green lit. Other than that, my focus is all on our film Red Eye, getting it edited, and getting it to YOU!

I want to thank Tristan and Destinie for taking the time to talk with me! I encourage readers to check out all the social media sites and connect with Red Eye and friend Tristan and Destinie on Facebook… and follow them everywhere else. It’ll be fun to watch their careers grow, and this way you can say you’ve been there since the beginning.