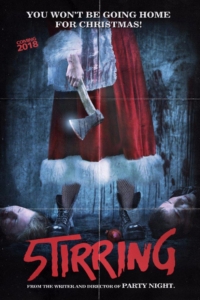 In early June of 2016, Troy Escamilla had never directed a film. Now, 13 months later, he just wrapped his second feature: a Christmas themed slasher called Stirring with Brinke Stevens and Helene Udy in the cast. With his first feature Party Night completing a successful festival run and details to come on a distribution deal, we at Morbidly Beautiful wanted to catch up with Troy to discuss his budding film career and Stirring, a film we are definitely looking forward to.

First of all, congratulations on recently wrapping your second feature, Stirring! What is the inspiration for Stirring and what can you tell us about the film?

Thanks so much! It’s no secret that my favorite horror film of all time is 1974’s Black Christmas. Really, I am just a huge fan of Christmas themed horror in general. Something about pairing the most festive time of the year with horror, blood and mayhem is quite sinister in my opinion. Stirring is my love letter to the holiday slasher genre. The plot deals with students attending a Christmas party at a sorority house with a disturbing past who are stalked by a savage killer disguised as Mrs. Claus.

Though it is a 100% slasher film, the plot is definitely more substantial than Party Night, which is a very straight forward slasher. Stirring has characters with more fleshed out back stories, increased mystery and suspense, more brutal and creative death scenes, and a few twists that I don’t think audiences will see coming. If I had to make a comparison, I’d describe it as Black Christmas meets Scream meets To All A Goodnight, but it definitely possesses its own unique tone and style. 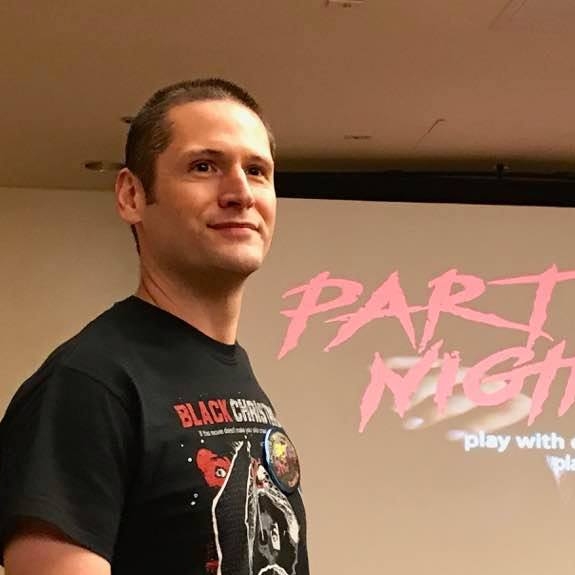 How was it filming a Christmas themed slasher in June in Houston? What were the challenges there and how did you overcome them?

Honestly, this was always at the forefront of my mind in terms of being a huge obstacle to overcome. I considered waiting until winter to film and taking production to a different location, but unfortunately budget and availability of cast and crew just didn’t allow this. Instead, I made some tweaks to the script to keep it as confined to one location as much as possible, which in the end I feel worked at creating a more tense and claustrophobic atmosphere.  The house we filmed at was decked out with Christmas decor and every effort was made to include something Christmas related in every shot. I had some awesome people donate and lend Christmas decor for the film so that we ended up having much more than we needed. We even have snow in one of the scenes which I think will definitely be one of stand out, most talked about scenes in the film. In my mind, there was no point in making a Christmas slasher film if Christmas wasn’t going to be prevalent in the film.

I will admit that I was definitely a tad nervous at the thought of working with someone who I have admired for so long; I’m a huge fan of many of her films, and she truly is a horror icon. However, once she arrived to set, my nervousness quickly faded; she is truly one of the sweetest and most professional people I have ever encountered. She definitely takes her role and performance very seriously. I required her do some things I’ve never seen her do before and she was a trooper all the way until the end. I cannot wait for fans to see her performance in this film; they are going to have a blast with it! 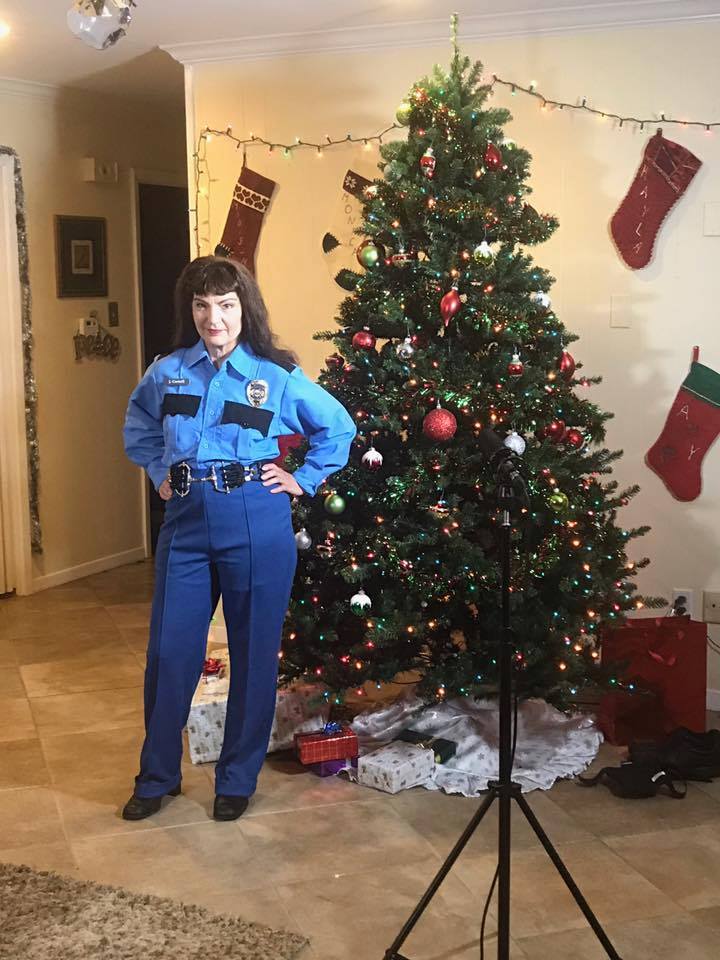 There’s a lot of young, new talent in Stirring. Tell us about the rest of the cast.

The cast is amazing! Not only do we have genre veterans Brinke Stevens, Helene Udy, Mel Heflin and Kaylee Williams, but the three actors from Party Night (Billy Brannigan, Ryan Poole, Drew Shotwell) also returned to play much different characters this time around. There’s even a cameo from Party Night’s psycho killer Lawrence McKinney. As you mention, there are some very talented new faces as well. Jace Greenwood who plays Tyler and Jantel Fontenot who plays Monica actually both auditioned for Party Night and impressed me very much, so I knew I had to get them on board for this film.

Daiane Azura plays cool sorority gal Sophie and was amazing to work with. I was lucky to get very talented local Houston actress Hailey J. Strader on board to portray Danielle and she definitely is one to watch! Two other talented local actresses also appear in the film: Brandy Specks who plays Hanna and Minela Sljoka who plays Madison (who actually was literally cast at the very last second when the original actress cast backed out the day before her scene was to be filmed!). Last, but definitely not least, newcomer Heather Bounds is going to really impress as Kayla and Ronni Lea provides a great balance of playful comic relief and sweetness in her portrayal of Alexandra.

I truly cannot sing this cast enough praises. Everyone got along brilliantly and there is palpable chemistry that I believe will be very apparent on screen. 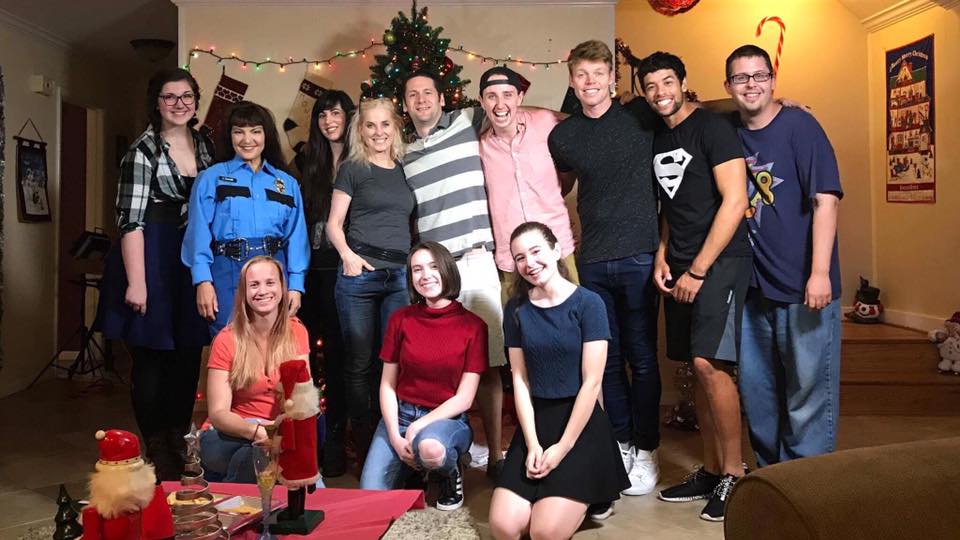 With Stirring being your second film with writing and directing duties, what lessons did you apply this time that you learned from your directorial debut, Party Night?

Party Night was actually the first time I had ever step foot on a film set, so I definitely had much to learn and of course still do. I was fortunate enough to have such a talented and dedicated cast and crew which made the whole filming process so much easier. Everyone was very willing to step in and wear other hats when necessary, which illustrated to me the importance of surrounding yourself with individuals who share you passion and dedication for the project.  Equally important is, as the writer and director, being able to communicate your vision clearly and get your cast and crew on the same page. This is why I brought back several people who worked on Party Night, incl