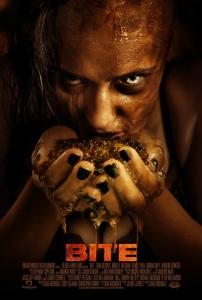 With over a thousand new types of insects being discovered every year, how are humans able to fully understand them? How could we know what they are all capable of? This is the question at the center of Bite, the new horror film from Black Fawn Films.

Bite tells the story of Casey (Elma Begovic), a bride to be who goes on a tropical bachelorette party getaway with a few of her girlfriends. While in paradise she gets bit by a bug that at first seems like just another bug bite, but upon returning home Casey starts to develop insect-like traits…

Bite is one sticky, oozing, slimy mess of a film. And I mean that in the best way possible.

This is a film that caused audience members to pass out and vomit during its festival premiere. It is old school body horror mixed with modern anxieties that features one hell of a performance from Elma Begovic. It is hard to believe that this is her first leading role in a film. She absolutely commands the screen, especially during and after when her body begins to transform. I was thrilled watching her in full on insect mode, her head twitching with breakneck quickness, her eyes focused and sharp, and her body and movements seemingly leading her instead of the other way around. She was absolutely fantastic, and the rest of the cast all turn in solid performances. 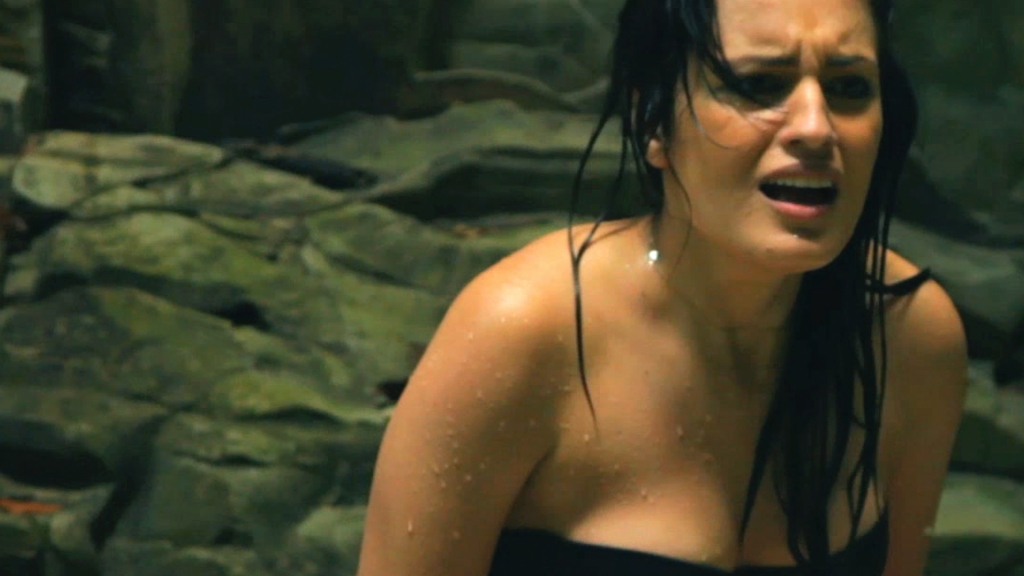 The script does a good job fleshing out the chacters and giving them more to do than just exist in a horror movie, Casey in particular. There are back stories and real life drama going on amidst the body horror transformation. Casey is unsure of her coming marriage to Jared (Jordan Gray). Kudos to the writers for making him a cool guy who has his life together and not some easy to hate villain type.

This makes Casey a more complicated character because it’s hard to see what she is unsure of, and Begovic works these complexities superbly in a sensitive and sympathetic performance. The same can not be said for the future mother-in-law character as she is written a bit over the top, with an unexplainable disdain for Casey. 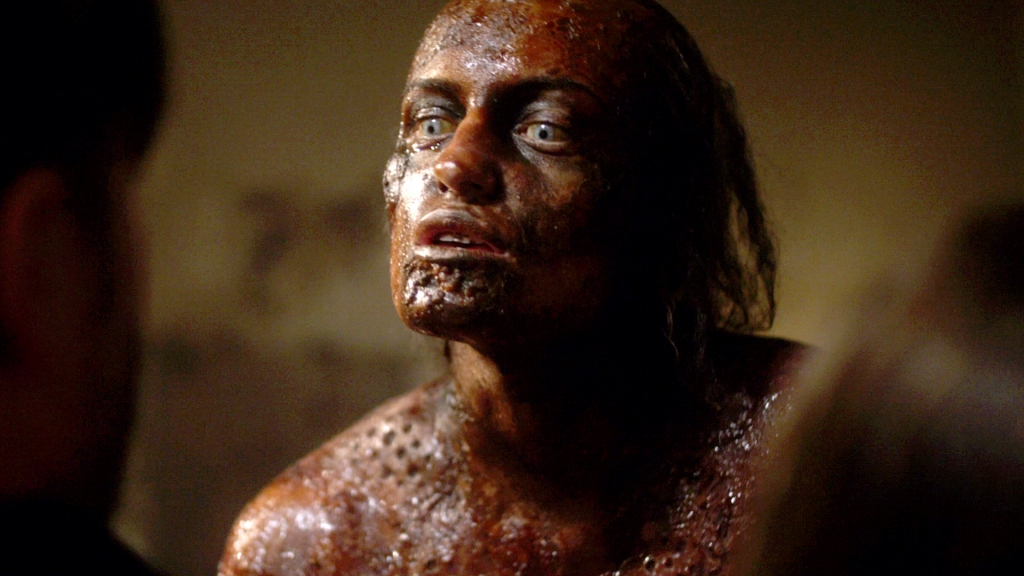 As Casey locks herself in her apartment throughout the transformation and the inevitable changing of her habitat begins, it becomes an insect haven of horrors. We get thousands upon thousands of tiny little eggs that are constantly sliding around through thick, mucus like slime that covers every square foot of the apartment. They slide off of tables, slide down the walls, collect in slippery, sticky puddles on the floor. Where do all of these slimy eggs come from? Casey begins to throw them up along with gobs and gobs of thick drippy goo.

Like I said, Bite is one sticky, oozing, slimy mess of a film. Casey’s apartment becomes a dark brown sinkhole of slime adorned with giant, wicked cob webs that envelope her victims when she begins to crave human flesh.

The atmosphere in Bite is masterfully created, and the strong and committed performance from Begovic and the rest of the cast make this a fun and effective creature feature. The music really ties the entire film together — reminiscent of old school horror films from the 1940s and 1950s — with it’s blaring horn and brass score that sounds both terrifying and magical.

Black Fawn Films really put themselves on the map for me with this one, and I would recommend to everyone that you check them out and their new film Bite. It’s a fun and wild ride.