No sophomore slump for Ana Lily Amirpour: THE BAD BATCH is a triumph and fully establishes Amirpour as an exciting and vibrant voice in film today 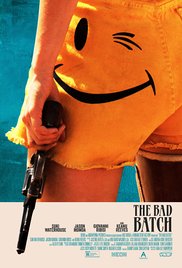 THE BAD BATCH is not a horror film, nor a western, nor a cannibal film, nor a post-apocalyptic film about a dystopian future. While not fitting in any of these categories, THE BAD BATCH is all of them at once. Amirpour’s brilliant sophomore film poses the question, what does it mean to be alive? THE BAD BATCH begins with the sounds of tattooing and official sounding voices, unclear in what they are saying, a jumble of voices and commands. Then Arlen (Suki Waterhouse) is left in the Texas wasteland, locked behind the fence where a sign warns that beyond the fence the laws of the United States of America are not enforced. Arlen, having only a hamburger and a gallon of water, surveys the barren desert before her. Seeing a sign instructing “find Comfort,” Arlen begins her trek.

Arlen comes within the path of two women from a settlement called The Bridge. The Bridge is an airplane graveyard, home to a populace of cannibal body builders.  The Bridge life is simple — the strong survive and the weak are food. Despite Arlen’s appearance, she is anything but weak. Despite losing an arm and a leg to the cannibal BBQ, Arlen escapes The Bridge, eventually finding her way to Comfort, where she is nursed back to health and given a prosthetic leg. Comfort is a community that is, on the surface, the opposite of The Bridge. Hidden behind a guarded wall, the inhabitants live quiet lives during the day, only showing signs of life at night when the community leader, The Dream (Keanu Reeves) throws a kind of rave that is reminiscent of the dance scene from THE MATRIX RELOADED as he gives a Morpheus-esque speech to the denizens of Comfort as they writhe and dance to the hypnotic electronic music. The Dream is equal parts dark Morpheus, Immortan Joe from MAD MAX: FURY ROAD and Rahad Jackson from BOOGIE NIGHTS.

The Bridge and Comfort couldn’t be more different, yet the effect on the denizens of each are similar. The Bridge is a community of physical survival, filled with people who are perhaps the ultimate pragmatists. The strong survive, the weak do not. Even Miami Man (Jason Mamoa), who is an artist and listens to Culture Club on a Walkman, is the ultimate pragmatist. While he loves his daughter and introduces her to concepts of art and dreaming, he is a physically imposing figure even among those built up from weight lifting. Miami Man seems to take no pleasure in cannibalism and killing. The act of killing and eating human flesh is a means to an end, it only serves his survival and the survival of those he loves. 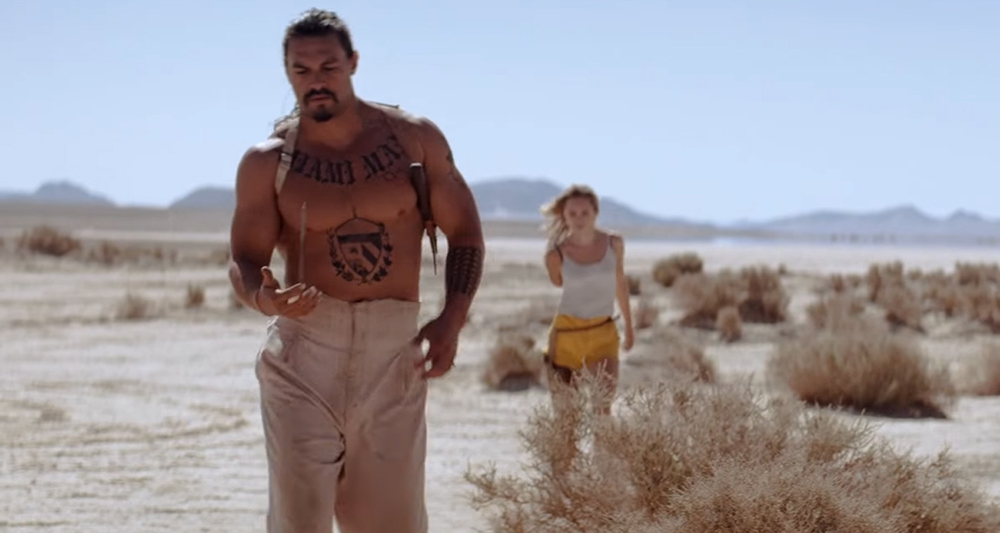 Comfort is filled with optimists dreaming of the potential of a better life, but their leader The Dream is a muddled reflection of life at The Bridge. In Comfort, physical strength is not highly prized, but the strong-minded and strong-willed in Comfort control and feed off the devotion of the weaker citizens of Comfort.  The Dream and his consorts may not literally be eating the denizens of Comfort, but they are cannibalizing their will to live, to achieve, and to aspire to greater things.

They are the bad batch, thrown away by civilization into the arms of The Dream. What is left for them to be hopeful for aside from the next night of dancing and the promise of drugs?

Arlen finds little to hold her to Comfort and pines to break away as much as she did from The Bridge. She holds on to her sense of self and morality, while the Texas desert sucks away the lives of everyone we meet. She may be tattooed, literally labeled, as a bad batch number, but she will not succumb to the lure of death or the control of Comfort.

Amirpour is, perhaps, saying something about our own society and the importance of being an Arlen. We must continue fighting the currents of conformity to hold onto our identities and sense of self-purpose, lest we be eaten by the strong or seduced into a life of wasteful contentment. 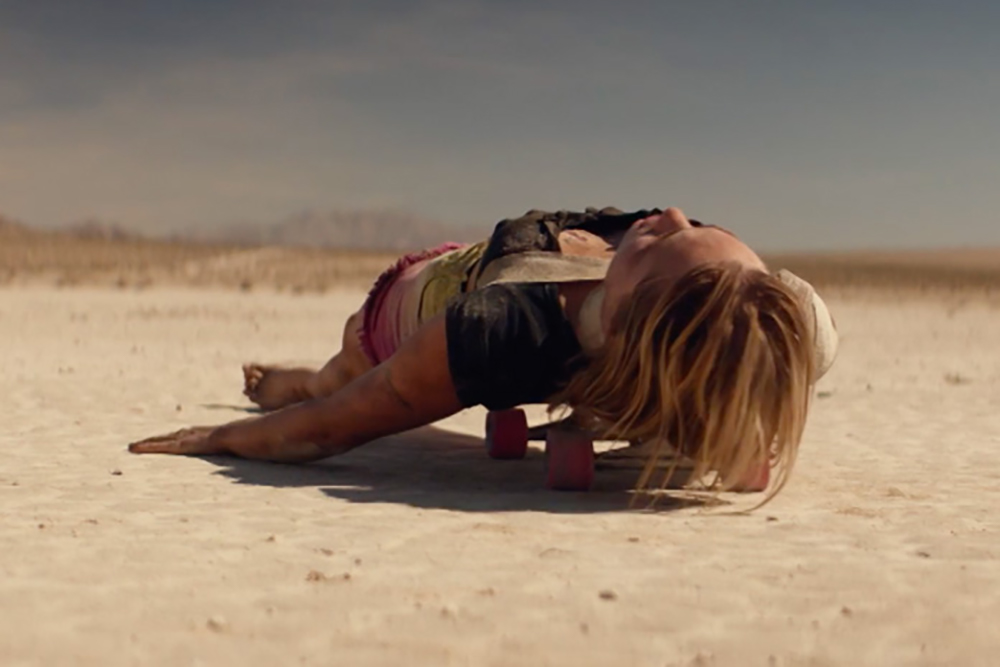 THE BAD BATCH is a tranquil study of a world that may not be so far off into our own future, filmed with minimal dialogue. While mostly dialogue free, I couldn’t help but be impressed by Amirpour’s storytelling abilities through her visual skills and use of music throughout.  THE BAD BATCH may be sparse of dialogue, but it is filled with fully formed characters and a rich story. What is clear is that THE BAD BATCH is a triumph and fully establishes Amirpour as an exciting and vibrant voice in film today. I believe that there will come a time when a film release by Ana Lily Amirpour is met with excitement and is seen as an event release, much like a new Tarantino or Nolan film is.