Resolving to Collect More in 2021

If the past year has taught us anything, it’s the value of movies. And while streaming ruled 2020, physical media still has a place in 2021 and beyond.

We live in a magical time when an overwhelming bounty of great film and television content can instantly be streamed from an ever growing number of platforms — including subscription-based platforms like Netflix and Hulu, ad-supported platforms like Tubi and IMDb TV, major players like Prime and Apple TV, premium services like HBO Max and Disney Plus, and even niche offerings like the exceptional Shudder for us horror fans.

In such a golden age of instant digital access, why would anyone choose to still own — and even collect — physical media? I can sign up for a wide variety of aforementioned streaming services and get access to millions of hours of content of all sorts, so why give up 3 walls of my bedroom to movies? For me, a proud physical media connoisseur, there are several reasons why I still willing to give up all that wall space.

Here are my top four justifications for being a physical media junkie. 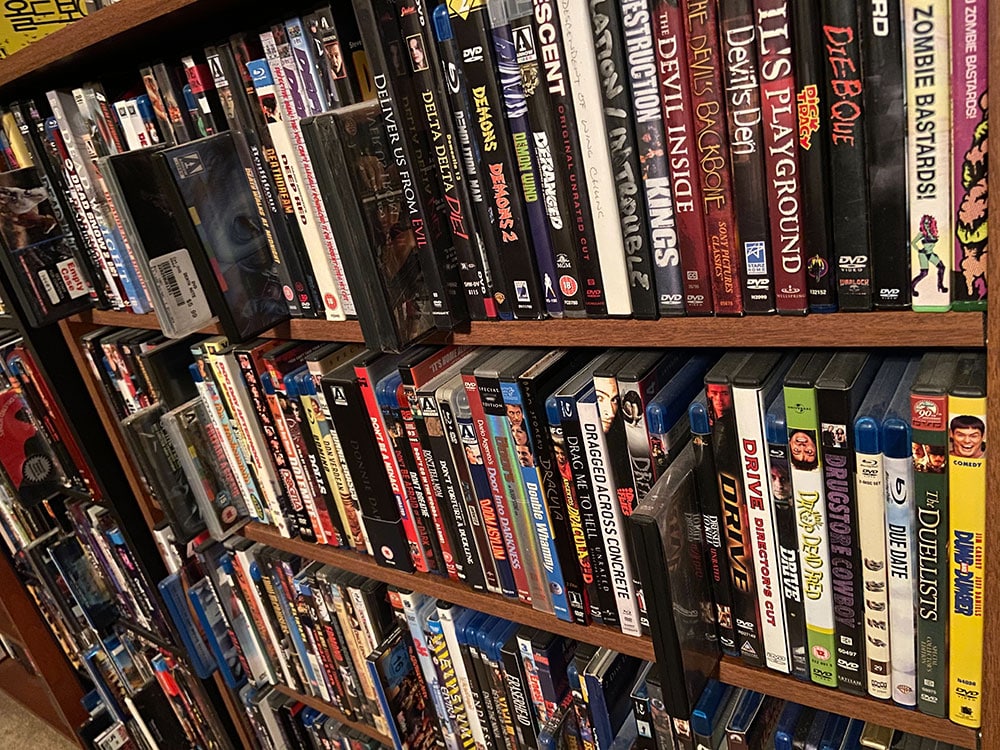 The first and foremost reason to own physical media: there is still a wide variety of content not available to stream. While that may be hard to fathom giving the volume of readily available streaming content, many of the lesser-known titles I enjoy either never found a streaming home, or their time in the streaming sun has come and gone.

It has become a habit to post a lot of the movies I watch on social media. I often get comments like “sounds cool, what was it on?” and the vast majority of the time it “was on” my shelf. Too often I then hear that my friends could not find whatever film or anywhere to see it, and with the sad state of the world I have long since stopped hosting movie nights at my house.  Even if a film makes an appearance on a streaming platform, it’s not guaranteed to stay there.

As a collector of physical media, I know that with my one-time purchase, I have lifetime access to the films I love. Disc rot is rare, and as someone who has literally been collecting since DVDs were introduced to the market, I have seen it only a handful of times. Once I own a movie, I can share it with my friends that otherwise may have never discovered the film on their own. 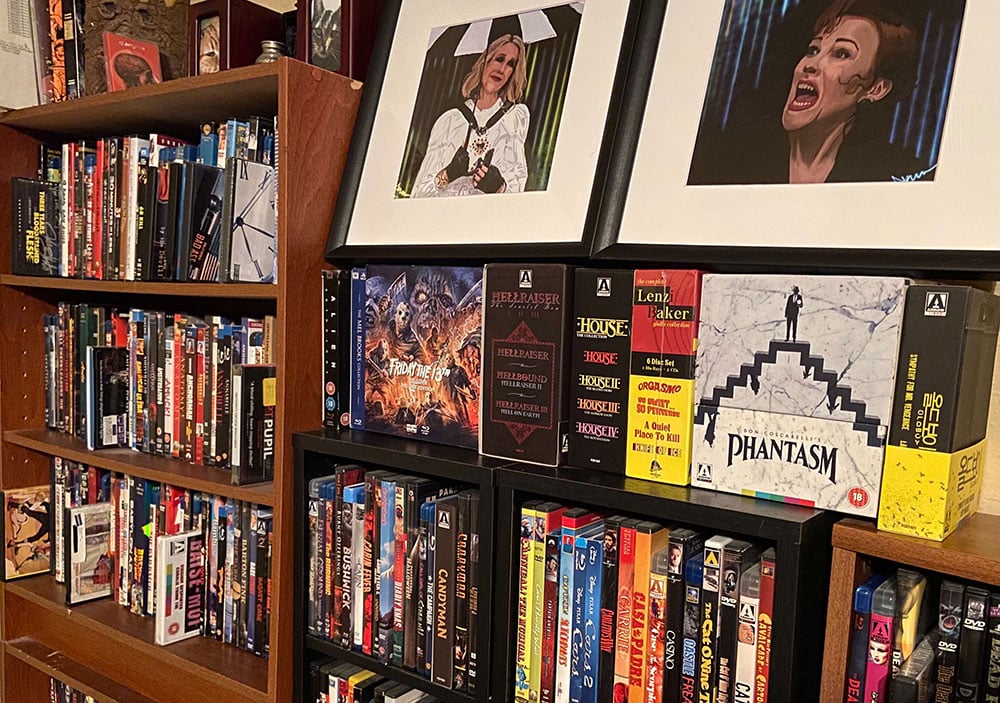 Just because I’m a physical media collector doesn’t mean I avoid all streaming content. Like everyone, I’m a fan of having what seems like endless options at my fingertips. And sometimes I will be pleasantly surprised by what I find on a streaming platform. For example, there is a really solid selection of 1980’s slasher films on Amazon Prime to watch without having to pay extra.

However, as exciting as this is, I’m often disappointed. When I start watching, it feels like it’s 1987 again, and someone has just popped the latest VHS from Blockbuster Video into the ol’ VCR. The quality is often bad…really bad. While it’s easy to have nostalgia for the days of VHS gone by, we’ve come a long way technologically since then. And once you get used to the pristine viewing quality of Blu-ray, it’s hard to go back. If a movie was shot on VHS, then ok, I can deal with that aesthetic. But when I know it is on film somewhere, there is no excuse to have to deal with this lacking quality anymore.

Sadly, with my addiction as it is, when I see a bad rip like this online and the movie is even the slightest bit intriguing, I am looking for the disc for sale online almost immediately. In this day and age, we should be able to see these movies in at least a decently cleaned up version.

This is why I love companies like Vinegar Syndrome and Severin that go the extra mile on their releases — tracking down film stock and performing painstaking cleanup of footage to present the best version possible of these films. 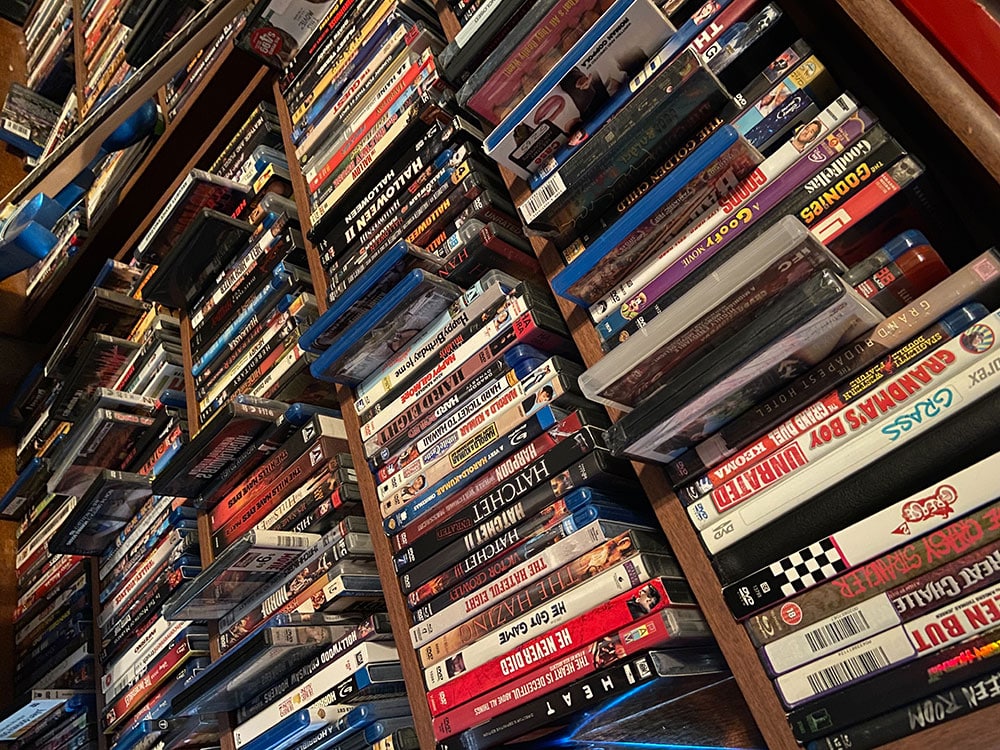 When I watch a movie streaming, I get an enjoyable hour-and-a-half to two hours of entertainment. And that’s great. But I’m not just a collector of film; I am a lover of film. As a result, I’m always interested in knowing more about the films I watch. I find that, more often than not, the available extras with streaming content are few and far between.

On the other hand, physical editions — especially Collector’s Editions or other special releases — are notorious for having extra features. Some editions even have discs with nothing but special features.

As a student of film, I am not only purchasing a copy of a movie that I can watch anytime I care to revisit it, but I now have a wealth of additional information in my quest for filmic knowledge.

Different discs have different amounts of extra content, and I’m always seeking out the distributors who go the extra mile when it comes to special features, like behind-the-scenes footage, interviews, director commentary, alternate cuts and deleted scenes, making of featurettes, and more.

There are times when that $5 bargain bin Blu-ray is fine. But that’s just not gonna cut it for films like Nightbreed or Phantasm. 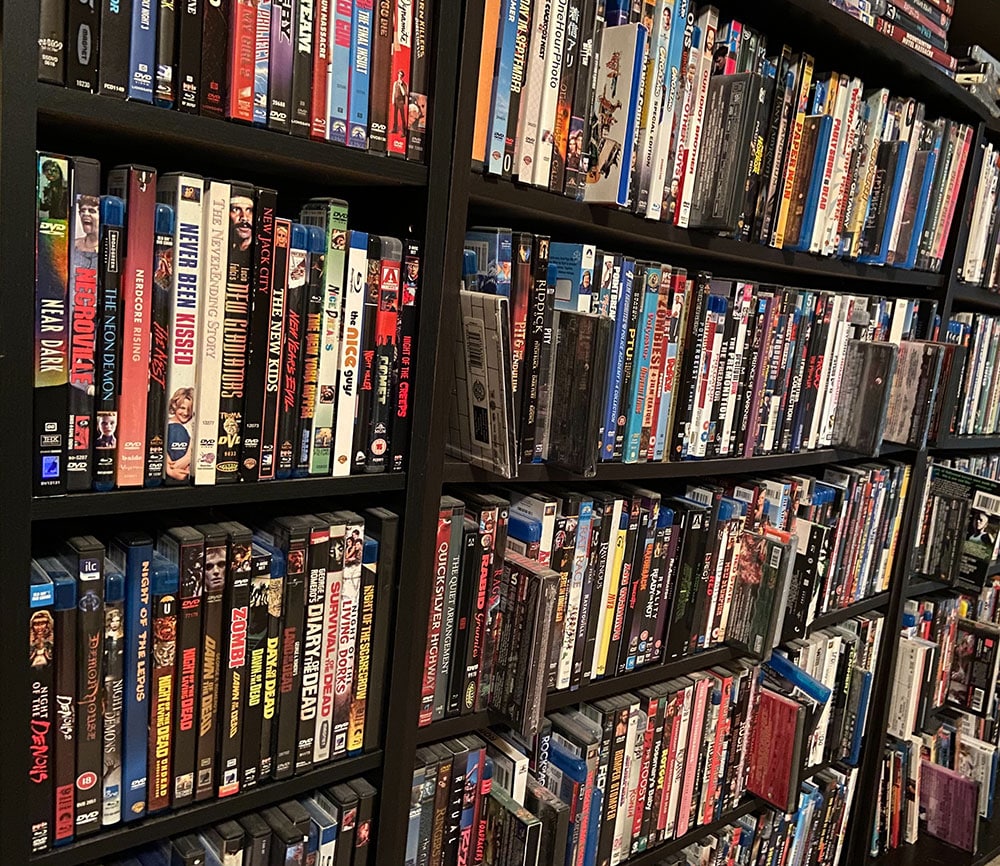 I am a collector. I can be differentiated from a hoarder because… well… my collection is in order? It is in my nature to collect things, and movies have been my passion since before I made my first short film back in 1999. As the companies have gotten better at making kick ass editions of kick ass movies I want to watch over and over again, my collection has grown significantly.

Sometimes my collection grows because a much better edition of a movie I bought before (or three times before, I’m looking at you Hellraiser), and sometimes it grows because a movie is finally making its way to disc for the first time thanks to all the boutique companies working on really obscure and wonderful releases.

One day, I needed to get a region-free Blu-ray player so I could get Chop on Blu. Since then, I have opened my collection up to all the amazing UK titles and other international releases. My collection and my heart l