It’s no secret we are huge fans of the incredibly fun and wonderfully gory modern slasher, PITCHFORK, from up-and-coming filmmaker Glenn Douglas Packard. It’s an impressive directorial debut from Packard, a lifelong horror fan whose love and appreciation for the genre is clear.

We were thrilled to learn that one of our favorites, Uncork’d Entertainment, has released PITCHFORK on special edition DVD and Blu-ray.

The release includes hours of great special features, including a “Behind the Scenes: The Making of Pitchfork” featurette, “Becoming Pitchfork: Making of a Monster” featurette, deleted scenes, bloopers, fun outtakes, the original teaser and trailer, and cast audition tapes.

The release also features some killer cover art, and we were honored to be featured among the critical reviews for this must-see addition to the slasher subgenre. 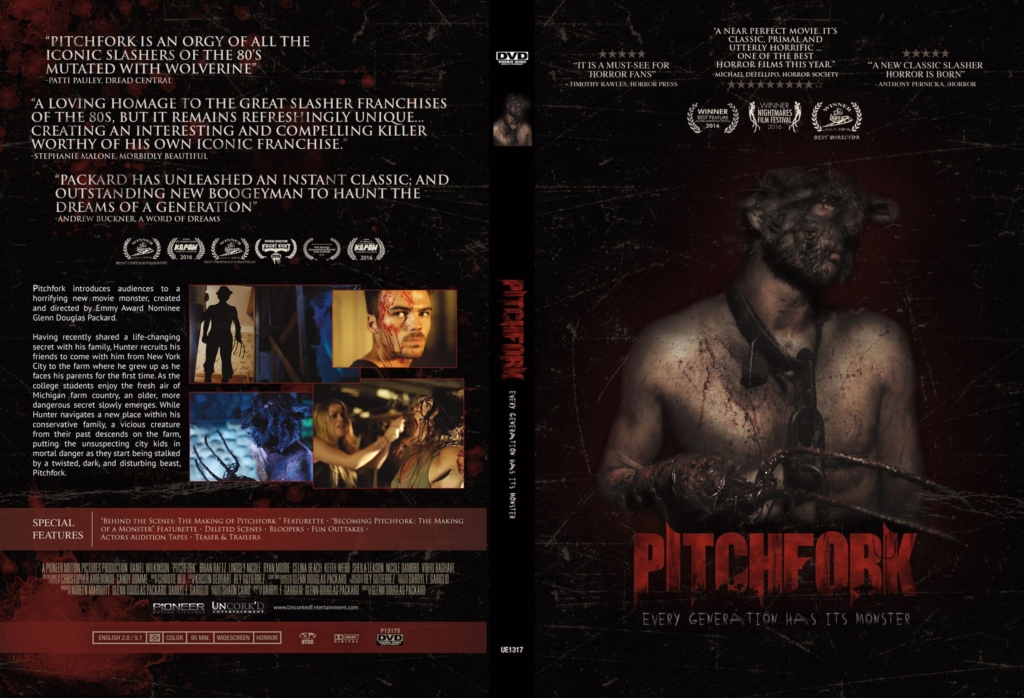 From the Press Release:

Produced by Packard, Darryl F. Gariglio and Noreen Marriott, with associate producer Shaun Cairo, and boasting a screenplay by Gariglio and Packard, Pitchfork is a “loving homage to the great slasher franchises of the ‘80s” (Morbidly Beautiful). What’s also so unique about this horror film is when the market is saturated with multi-million dollar budgets Pitchfork is an ultra-low budget film, made with only one camera and shot in just 21 days. Pitchfork has struck a chord with film fans, horror buffs and filmmaking aficionados alike. Pitchfork is further proof that you don’t need big bucks, just a bloody dream and lots of drive, to make a solid genre film.

Synopsis: Having recently shared a life-changing secret with his family, Hunter recruits his friends to come with him from New York to the farm where he grew up as he faces his parents for the first time. As the college students enjoy the fresh air of Michigan farm country, an older, more dangerous secret slowly emerges. While Hunter navigates a new place within his conservative family, a vicious creature from their past descends on the farm, putting the unsuspecting city kids in mortal danger.

Filmmaker Packard was kind enough to also share some exclusive, never before seen photos from the film, as well as some absolutely incredible custom character art illustrated by talented actor ANDREW DAWE-COLLINS, who plays the psychotic deadbeat dad PA in Pitchfork.  Check out the awesome photo gallery below.

We also got our hands on some great clips from the bonus content available on the DVD and Blu-ray release, including the making of one of our favorite scenes (in this film and any other modern horror film), the BARNDANCE.

PICK UP YOUR COPY OF THE PITCHFORK DVD/BLU-RAY TODAY! 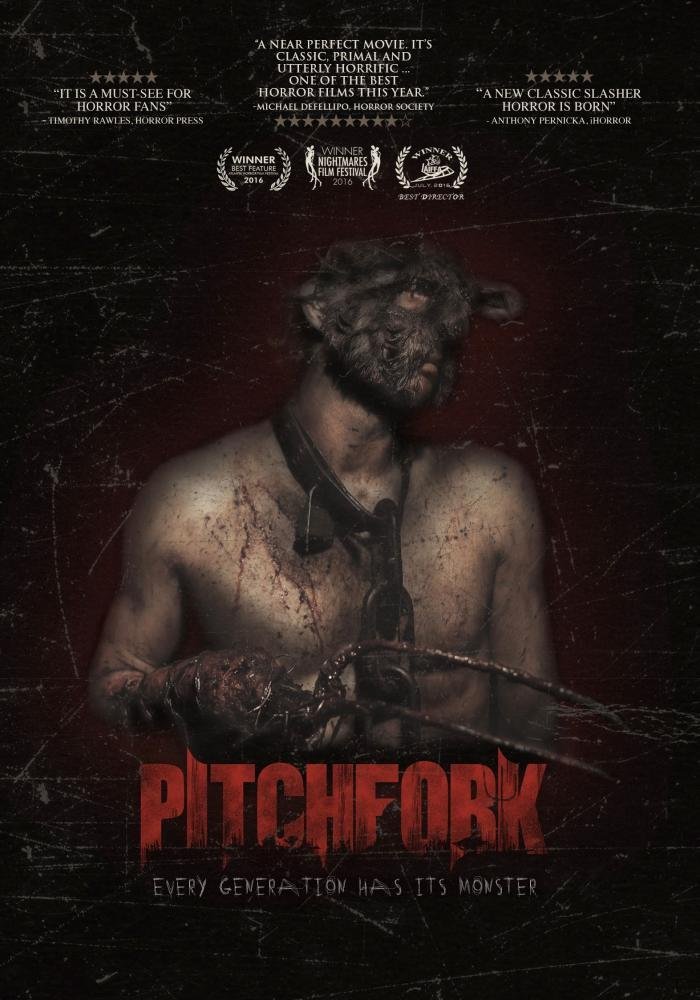