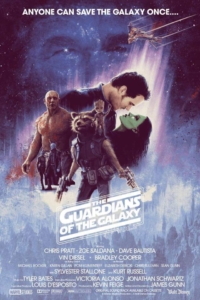 This past weekend Disney/Marvel Studios once again hit global box office pay dirt with what many (myself included) are calling the crown jewel of the Marvel Cinematic Universe, GUARDIANS OF THE GALAXY VOL 2.

The first film was such a gamble, since a lot of die hard Marvel fans weren’t even up to snuff on the comic roots for a rag tag team of misfits who become heroes. Let’s be honest, even with the impressive cast it had, I don’t think any of us were expecting a film that invoked feelings of watching another outer space epic that takes place in A Galaxy Far, Far, Away…yet here we are. 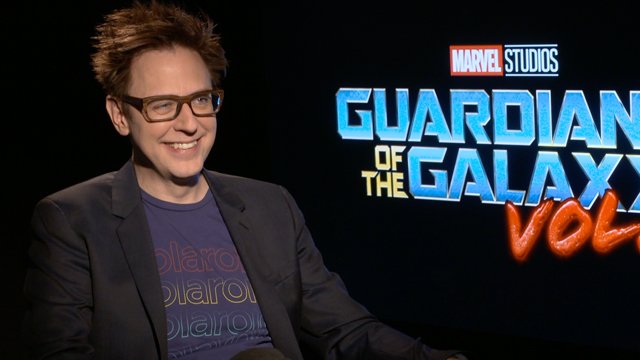 This was a film on paper that shouldn’t have worked. And let’s be honest again, even the source material is one of the more obscure comic books ever…yet here we are.

The original GUARDIANS film took the world by storm and hauled in an impressive $770 Million worldwide. That’s pretty big for a movie with talking raccoon and a giant mutant tree that only says “I AM GROOT” throughout the whole movie. Sure the cast of characters and special effects helped both films become the juggernauts they would become, but this all boils down to one man who had the keen vision to bring these oddball characters to life in such a way, that they are now embedded into pop culture forever. 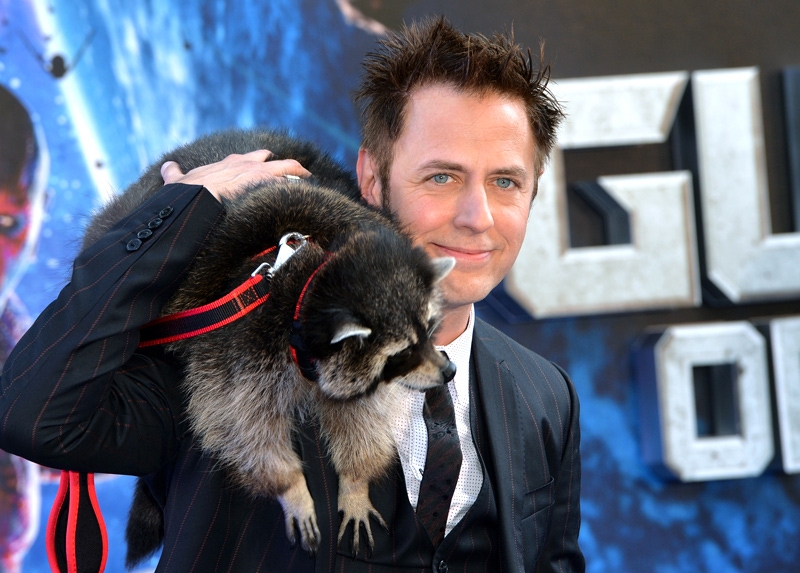 That man is writer/director James Gunn.

As horror fans, we have been familiar with Gunn for 20 years now. However, some may not know that the man who bought Star-Lord and Drax The Destroyer to life cut his teeth with a company that has a huge cult following.

Gunn, like a lot of us, grew up reading Fangoria and lived on a healthy diet of horror movies and pop culture. So it was only natural that he would get his start with Troma, where he helped to make what is considered their masterpiece (next to THE TOXIC AVENGER of course), TROMEO AND JULIET. Gunn’s experiences on TROMEO gave him a first hand look at the film making process from the low budget aspect, and that would prove vital for his career going forward. 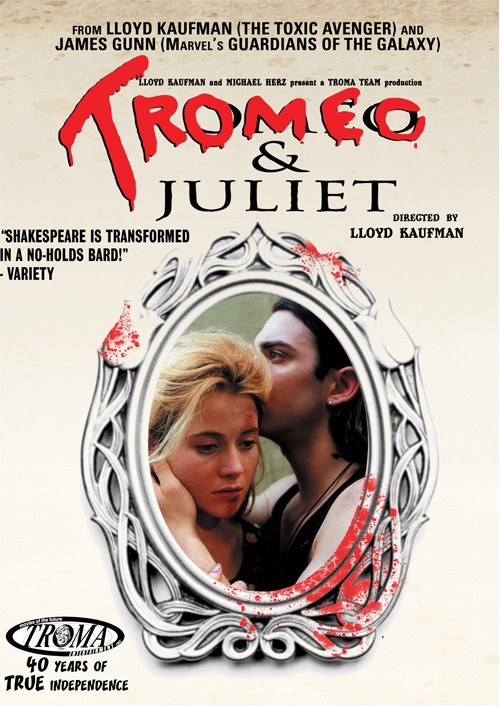 Yes, Gunn wrote SCOOBY DOO and SCOOBY DOO 2:MONSTERS UNLEASHED. Love them or hate them (I enjoyed both), these films showed he had a knack for comedy as well. Gunn would turn deadly serious in a remake that many people were criticizing before a word was even typed on a screen. DAWN OF THE DEAD would not only silence horror fans but would become one of the most successful horror remakes of all time. 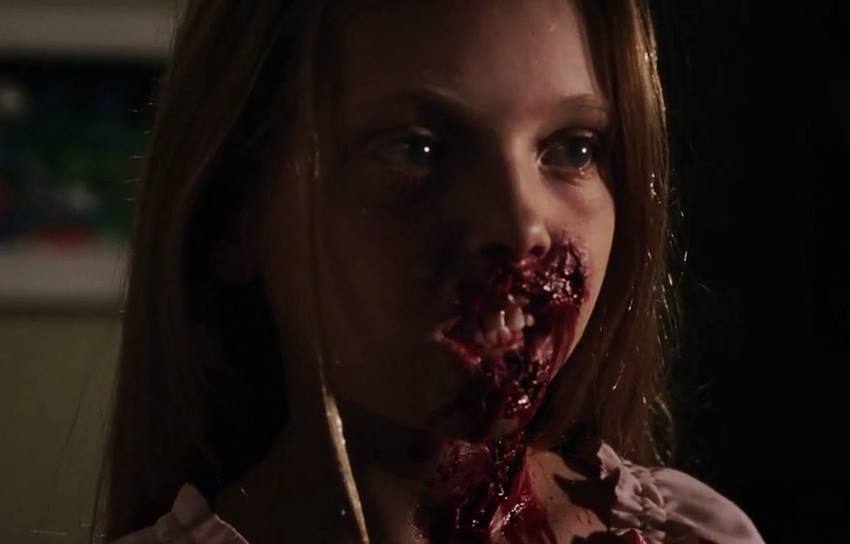 For his next project, Gunn utilized everything he learned and made what is arguably one of the best horror-comedy movies of all time, SLITHER.

Gunn was able to capture the magic of 80s horror and place it in a contemporary setting. Michael Rooker, who would go on to play our favorite racist redneck Merle on THE WALKING DEAD, was cast in the lead role of Grant Grant (not a typo). The reason why this is important is that Rooker would go on to work with Gunn in both GUARDIANS films as the blue skinned Ravager, Yondu.

SLITHER had an all-star cast, great writing and directing from Gunn, and special effects to make gore hounds happy…even the critics loved it! Unfortunately, audiences did not come out to support it during its theatrical release, however, it would gain a second life on DVD and become a huge cult hit. Scream Factory is FINALLY releasing the Blu Ray debut of SLITHER this year in their Collector’s Edition series. Come to think of it, perhaps Gunn truly did capture that 80s magic with his film — as many of our favorite horror movies gained that extra push on home video and propelled genre filmmakers into new heights. SLITHER did the same for Gunn. 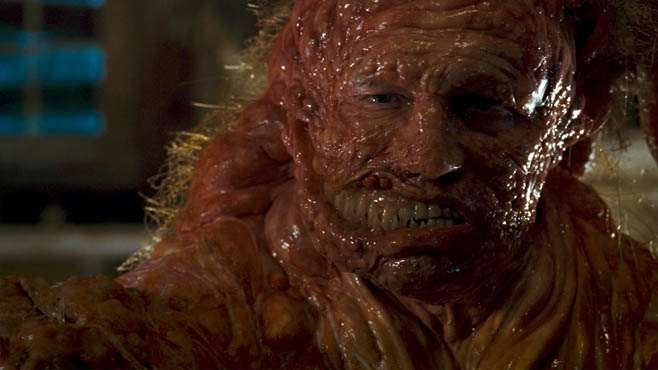 GUARDIANS OF THE GALAXY VOL 1 & 2 are the perfect films for someone of Gunn’s talents.

I can honestly say there probably isn’t another filmmaker who could understand these characters and their place in the grand scheme of the ever-evolving MCU as well as Gunn. SUPER is another greatly under-appreciated film written and directed by Gunn. Rainn Wilson plays an unhinged man who creates a costumed vigilante like Batman to save his wife, played by Liv Taylor, from the evil clutches of a drug lord played by Kevin Bacon. What makes SUPER so great is that it’s grounded in reality…more so than KICK-ASS. It’s a mad mix of superheroes, action, profanity, gore, comedy and violence. If, for nothing else, see this for Ellen Page’s amazing performance as Wilson’s all too eager sidekick. You will not be disappointed. 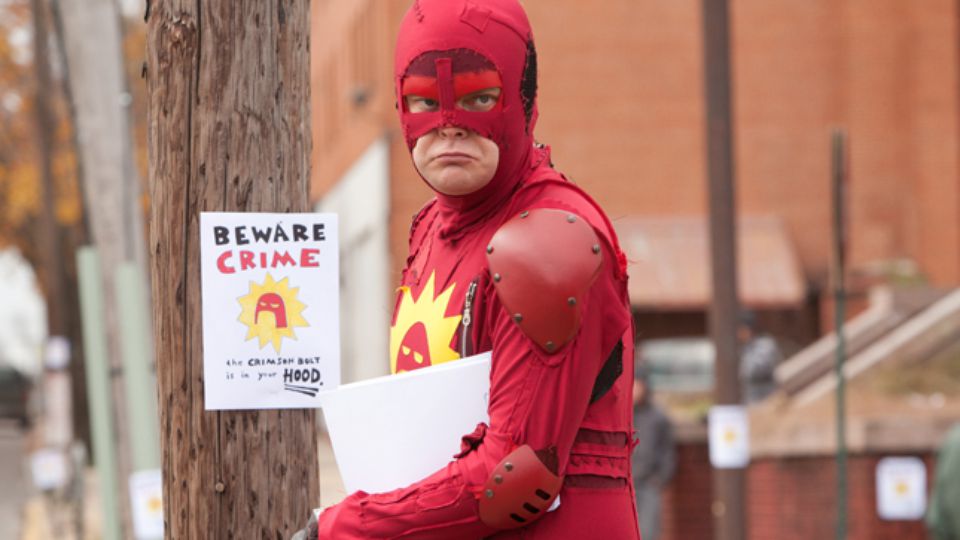 James Gunn has created the absolute best Marvel Studios movie EVER! As I’ve said since it came out, The Winter Soldier was my #1 MCU film, and it would take a special film to change that. Here we are…3 years later and James Gunn has done it.

For those of us that have been following Gunn’s career since the beginning, this isn’t really shocking to us. Like Guillermo del Toro, Sam Raimi and Peter Jackson before him, Gunn was always this talented horror nerd that represented us in a positive light. He just needed to be given the opportunity to showcase what he can really do. Thank God, Kevin Feige at Marvel Studios recognized that Gunn was the right person for the job. Now Disney/Marvel has what will be their 5th billion dollar film, and Gunn is Hollywood gold.