This week on the podcast, join Chaos and Carnage for a devilishly good time as they discuss the 2017 Netflix horror comedy “Little Evil” from Eli Craig. 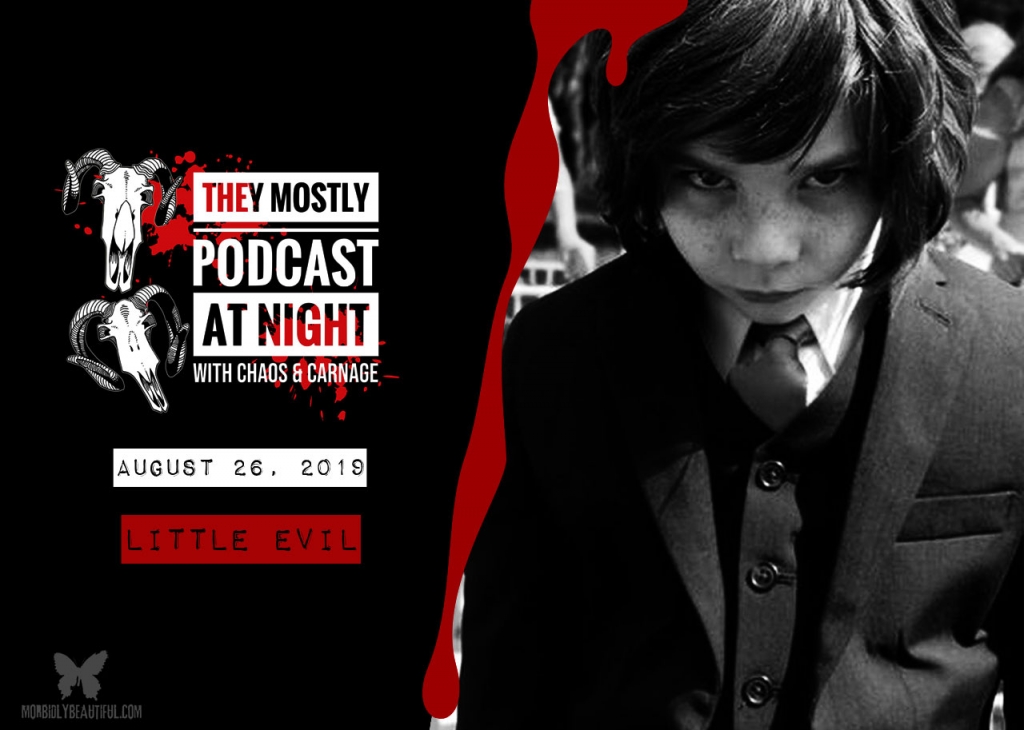 Samantha is his dream…this podcast is his nightmare.

On last week’s episode, we celebrated the heyday of 80s slashers with a tribute to girl power and pillow fights: The Slumber Party Massacre.

This week on episode 86 of “They Mostly Podcast at Night”, play gravedigger, get yourself a creepy goat puppet, and talk to the static in your TV. Because Chaos and Carnage are talking about Little Evil directed by Eli Craig of Tucker and Dale vs Evil (the first film we reviewed on this podcast) and starring Adam Scott of Parks and Rec!

Join a creepy Damien-lookalike as he torments his stepfather and prepares for the coming of Satan. 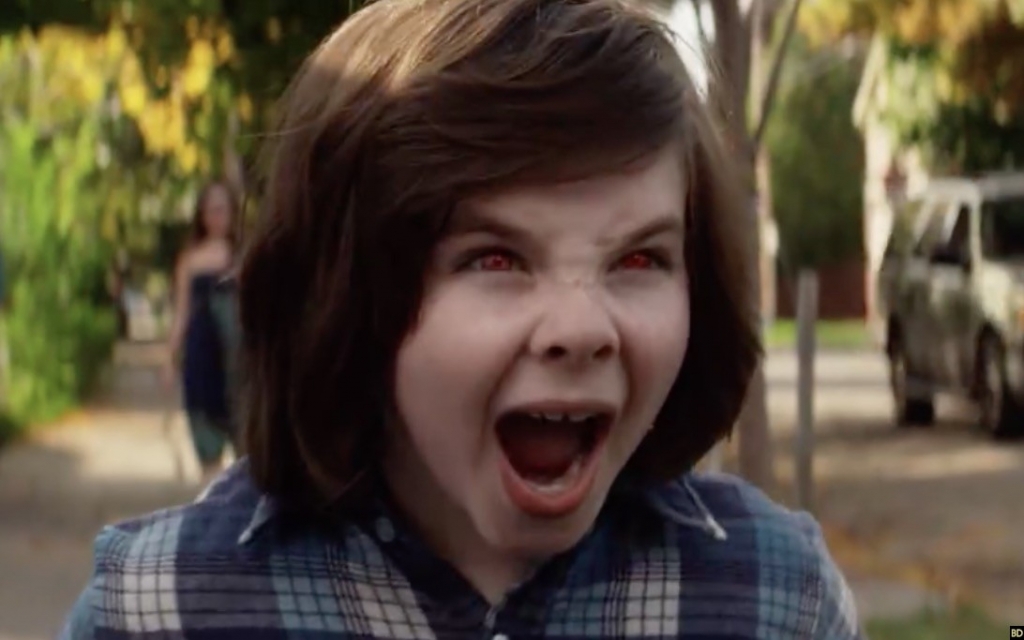 Chaos and Carnage take you through the story of Gary, a real estate agent who has just been married and become stepfather to Lucas, a five-year-old whose biological father may be the actual devil. In order to keep Satan out of this world, Lucas has to die… but can Gary really kill his new wife’s little kid?

You’ll have to listen and find out! You think we’re going to let something like that slip? Join us for this little-known Netflix original horror-comedy.

Next week, join us for Chaos’ pick, The Prophecy (1995) with Christopher Walken! 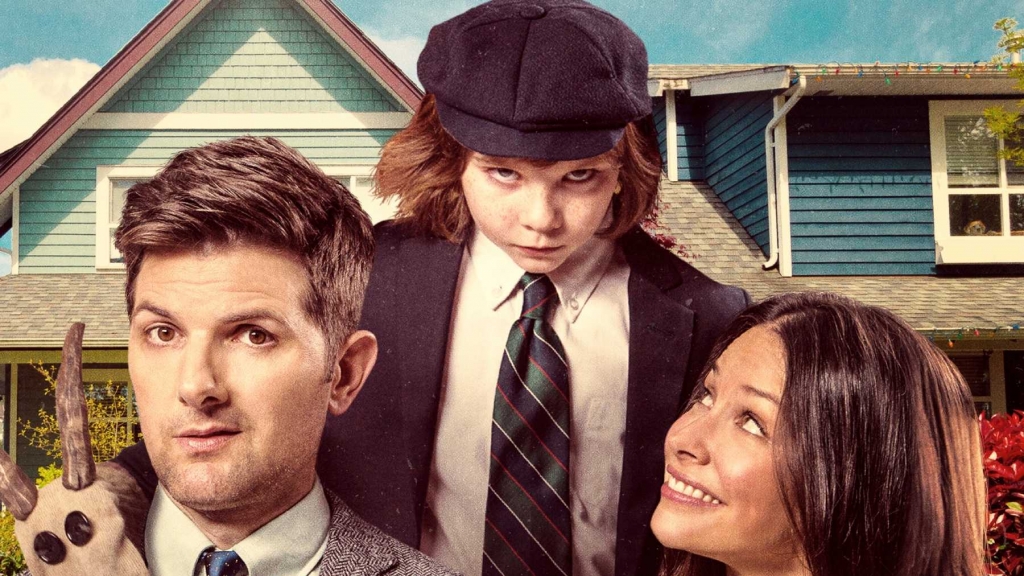