Tune in as we remember the glory of 2002’s “Resident Evil” film in the wake of the show’s cancellation; plus, take a ride with “Christine”. 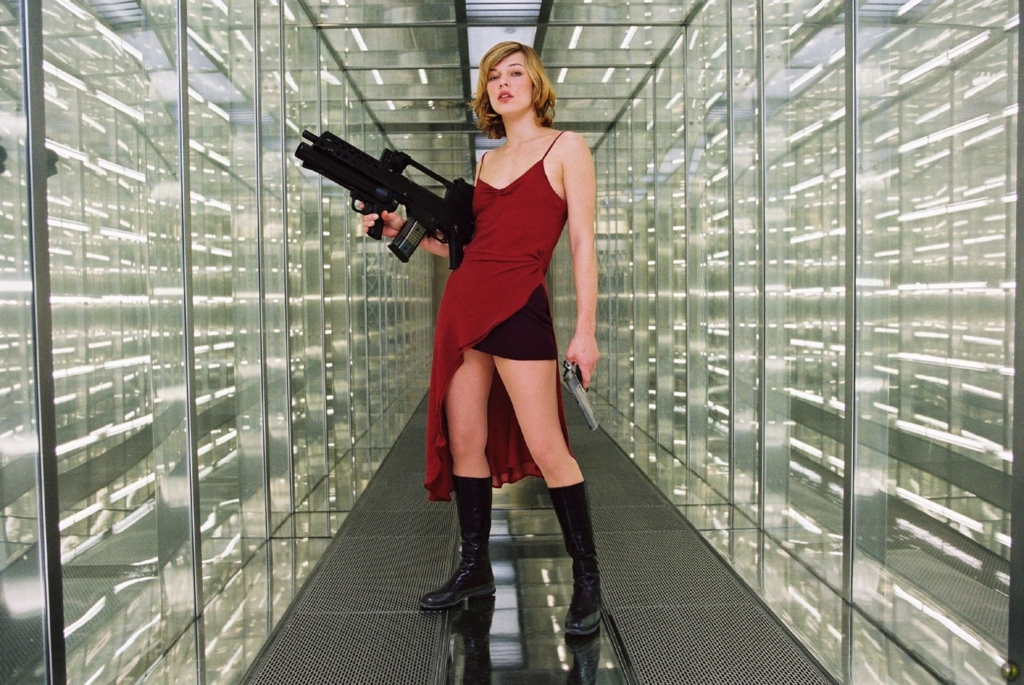 A secret podcast. A deadly virus. A fatal mistake.

You’re all going to die down here. Strong words from the 11-year-old image of a programmer’s daughter, or more accurately, the AI that controls the Hive. Yes, that makes sense to make the program that can go freaking homicidal and kill the 500 employees that live in the Hive to be modeled after your daughter. You have high hopes for your kid, don’t you?

”Evil corporation tries to take over the world….then Tesla watches the movie to see how things should really be done.” – Carnage’s Five Second Summary.

The Umbrella Corp is a master of experimental weapons development. And being absolute douche canoes, they don’t care one fricking fig about the human race, animals, humanity, or anything other than their pocketbooks. So yes, they really are some of the major corps of today. But more dangerous.

The start of our Resident Evil series begins in the Hive, which lies under the surface of Raccoon City. The Red Queen sensed a breach, and to protect the population (yeah, more like their secret coming out), the AI kills all of its employees.

Amnesiac guards Alice and Spence have to join interloper Matt and a team of commandos through the Hive to find out why the Red Queen went homicidal and caused the people to lose their heads.

Make sure to watch Resident Evil so you aren’t spoiled like the rotting flesh of a zombie corpse. Then make sure to hear all the gory details from Chaos and Carnage.

Resident Evil is streaming on Netflix.

Join Chaos and Carnage as they explore a car that was assembled with an evil spirit who eventually possesses a high school nerd and takes revenge on his bullies… or anyone who tries to stop them. John Carpenter made a Stephen King novel into a movie, and things went awry.

The film received mostly positive reviews from critics and has since become a cult classic. What did we think? Tune in to find out!

But before you do, make sure to stream it on Fubo or AMC Plus, or rent it on a variety of VOD platforms.