It may be a new year, but we’re up to our old tricks! This month on the Guilty Pleasures podcast, we delight in the nonsensical mayhem of “Evil Aliens”.

EPISODE SUMMARY
We ran a poll on social media platforms to see which film we would look at in our UK edition of the series between Evil Aliens and Cradle of Fear. And by a landslide you went with Jake West’s 2005 effort Evil Aliens.

ABOUT THIS EPISODE: EVIL ALIENS (WITH SPECIAL GUESTS MICHAEL PETERSON AND CRAIG DRAHEIM) 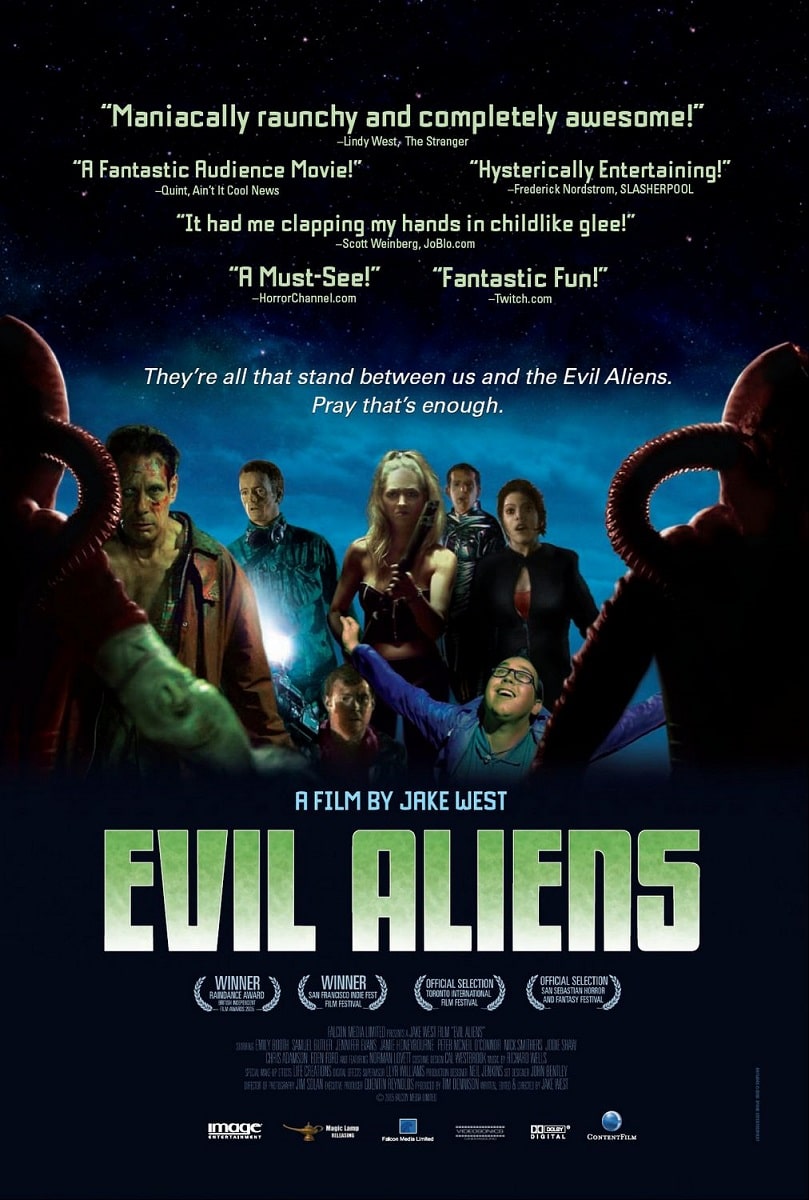 Alongside host Scott Murphy, we are fortunate to have former guest extraordinaire and Knuckleball director Michael Peterson to help us delve into this month’s wonderful guilty pleasure. We are also joined by a great friend of the show, Bloodhound Pix co-host Craig Draheim.

Over the course of the episode, we attempt to unravel the plot of this splattery alien invasion romp — despite the fact one of us (Mike) had to watch a Hindi dub of the film, so he only had the visual storytelling aspect of the film to go on! It also turns out that watching it without understanding the script might just be the best way to watch it!

We dissect the films many goretastic deaths, the movie’s penchant for inserting things just because they are cool even if they make little sense, the general unlikable nature of the characters, and the apparent easy availability of samurai swords in Wales.

Listen to Michael Peterson’s previous appearance on the The Guilty Pleasures Podcast talking about Dracula 2000 here.