As brilliant and progressive as “Sleepaway Camp” was, I’d boldly argue that the wonderfully campy sequel is superior in many ways. 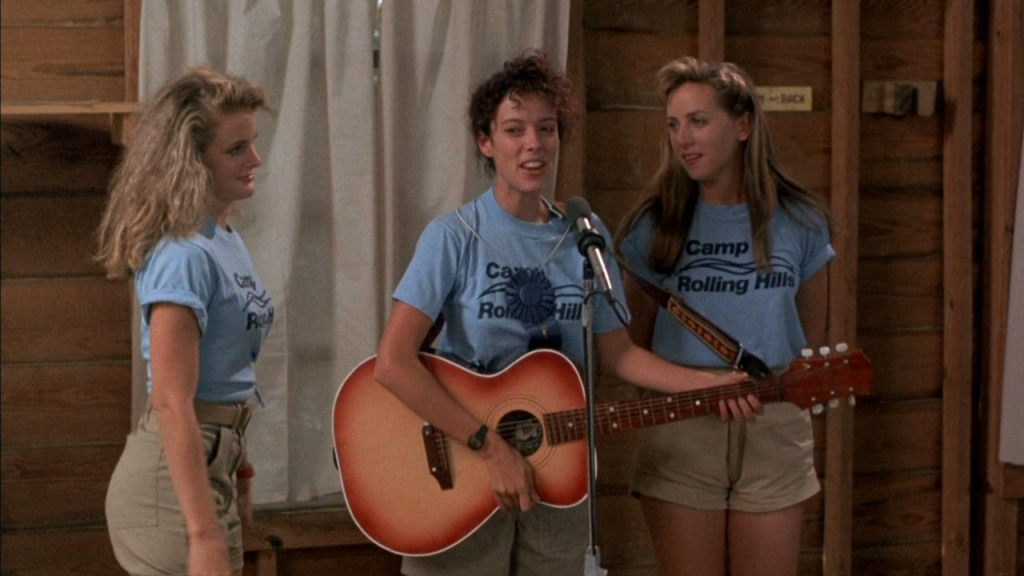 June is Pride Month. And here at Morbidly Beautiful, we are celebrating by highlighting the LGBTQ influence and impact on the horror genre. As part of this effort, I will be covering one of the greatest LGBTQ horror movies of all-time: Sleepaway Camp 2: Unhappy Campers. No, this is not a typo. No, this is not a mistake.

Sleepaway Camp 2 is the superior sequel. Now come take a seat around the campfire, and let me tell you why.

While the original was groundbreaking in its inclusion of a trans character and its shocking end, the sequel is ground breaking for completely different reasons. 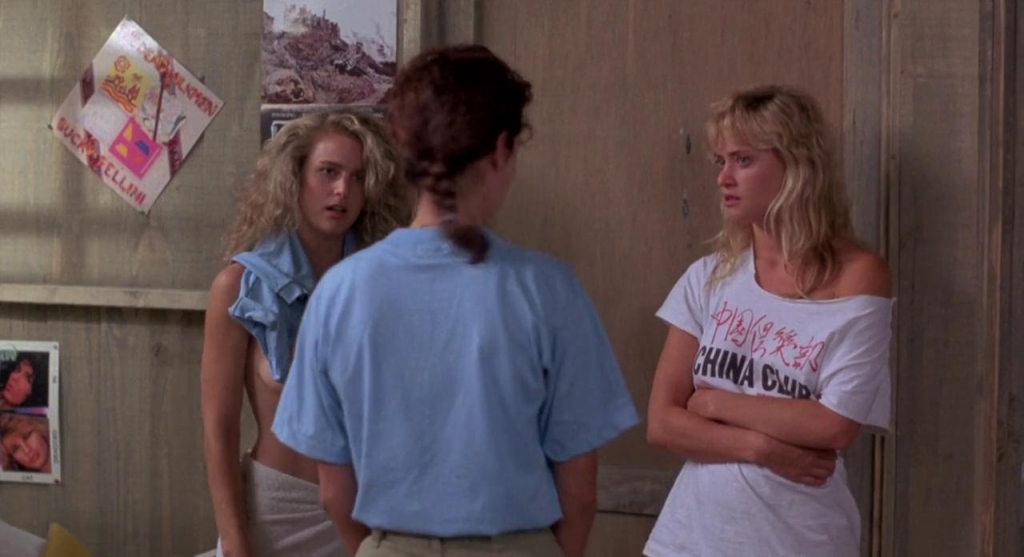 Set several years after the events of the original, Sleepaway Camp 2 follows the story of Angela who has successfully completed her transition and has become a camp counselor at Camp Rolling Hills. What follows is truly the first meta-horror movie.

You hear about the classic slasher trope in Scream — with a killer who stalks kids who participate in drugs, underage drinking and pre-martial sex. But in Sleepaway Camp 2, this is exactly what Angela does. She even comes right out and says it. This includes burning alive the Shote sisters, who get drunk, smoke weed and proudly sing, “I’m a happy camper, I like to drink and fuck. And if you pay me money, on my titties you can suck.” And there’s the horrific murder of Mare with a paddle drill to the face simply for flashing some boys.

While on the topic of the murders, let’s talk about them. 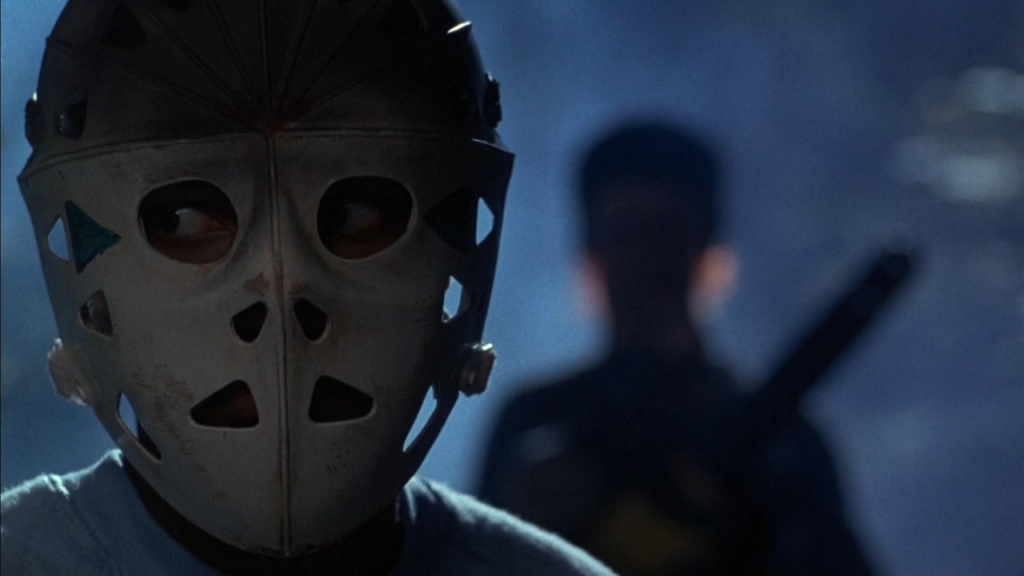 The deaths in this film are far superior to those in the original — and some of the best in the horror genre. There is the sister burning and face drilling mentioned above. There’s also a decapitation, a face melting with battery acid, a head bashing with a log (including post mortem tongue removal) and numerous stabbings.

There is also the extra meta horror kill as two campers dress as Jason and Freddy to scare Angela, who in turn dresses as Leatherface and kills them with a chainsaw. 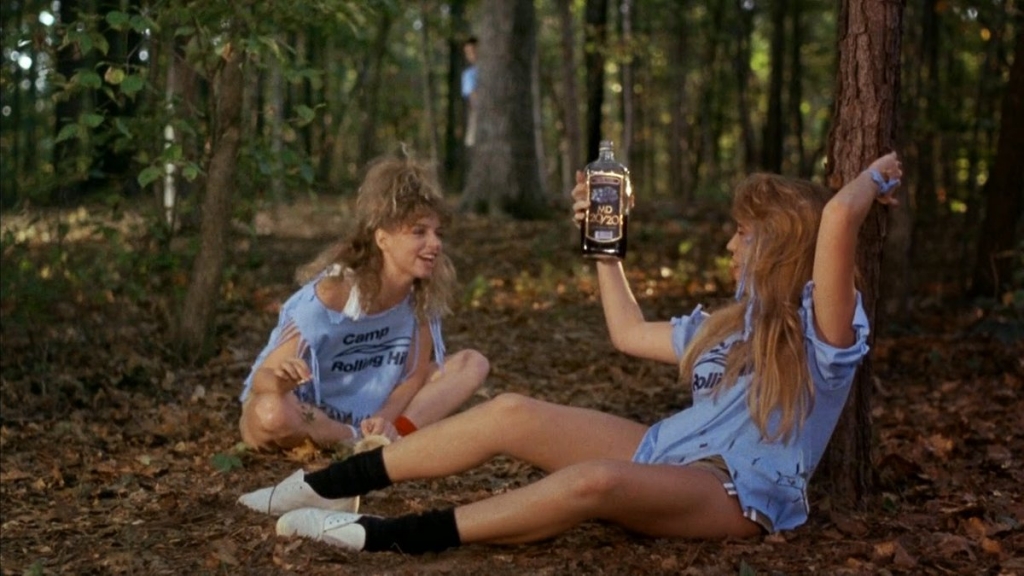 There is also an outstanding scene where one of the campers asks Angela about calling all the parents of the campers she “sent home”. As she rambles, Angela wanders around the cabin looking for the perfect murder weapon.

She tests the stabbing strength of a coat hanger, practices the movement of bashing the girl in the head with a TV and tests the sharpness of a pair of finger clippers before finally strangling the girl with a guitar string. Amazing! And far ahead of its time. 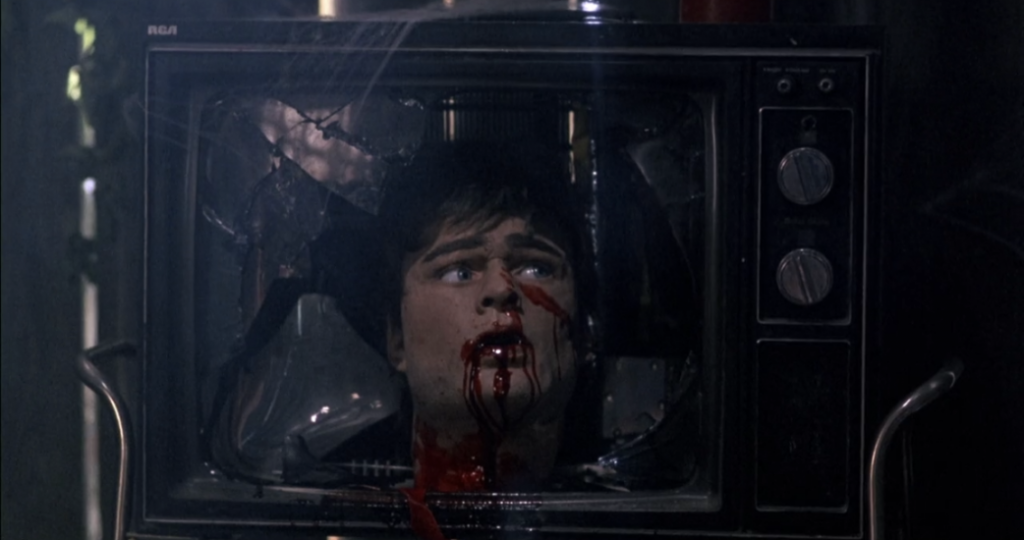 Sleepaway Camp 2 is a pure slasher.

There is no plot and no character development — just murdering. and it’s great! There is, of course, a virginal final girl. But she isn’t the main character in the movie. Other than Angela, the person who gets the most screen time is a girl who constantly flashes for no apparent reason and fucks all the male campers. The star and the story is really Angela and her heinous acts. But there is no explanation or motive. She just kills. 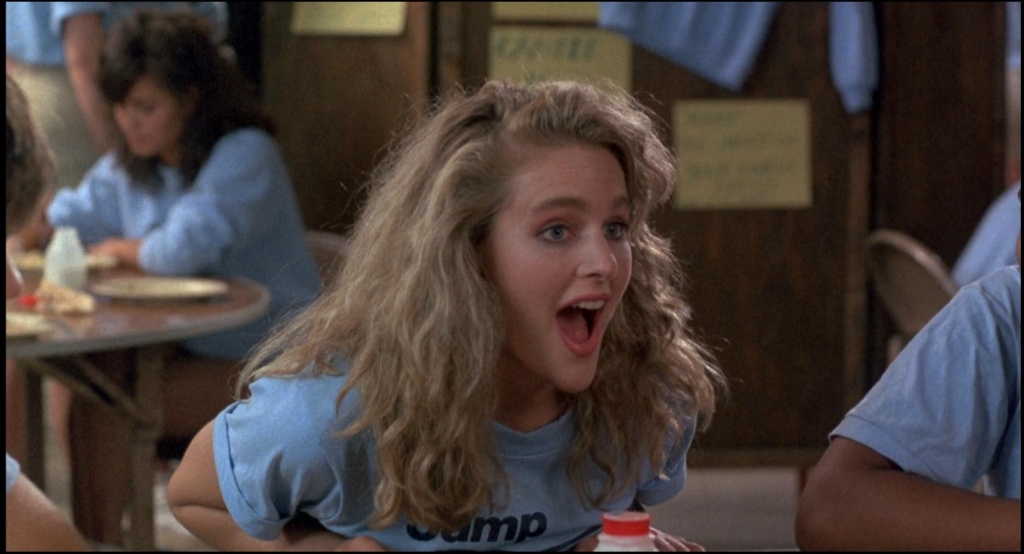 The movie is almost self-aware that it cannot top the ending of its predecessor. Instead, the ending of this film is super transparent and goofy, with Angela pulling up in a pickup truck with a cowboy hat on saying, “Howdy, y’all” to Molly, the final girl.