As we prepare to see how it all started with “The First Purge”, we look back on the Purge trilogy, a thought provoking and sociopolitical horror franchise. 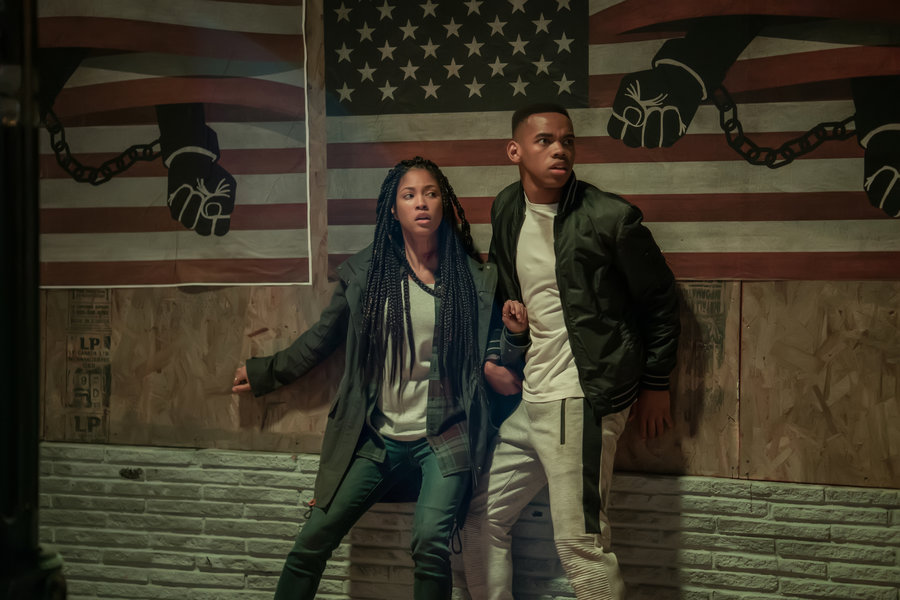 The Purge series began in 2013, and the first three films in the franchise have been written and directed by James DeMonaco. The plot of each film takes place on Purge night: an annual 12-hour period during which all crime is legal, including murder. While the films appear to focus on the worst of humanity, surprisingly, they also highlight the best in humanity as well.

The series has evolved and grown to a grander scale with each new film’s release. On July 4 — because Blumhouse loves dropping these satires on an ironic date — the latest in the franchise was released: The First Purge. As indicated by the name, the forthcoming movie is a prequel, outlining how the American tradition of the Purge came about in that universe. The newest film is still written by DeMonaco but is the first to be directed by someone else — in this case, Gerard McMurray (Burning Sands).

In honor of the Purge’s origin story, we’re delving into the original trilogy of films in this successful franchise. 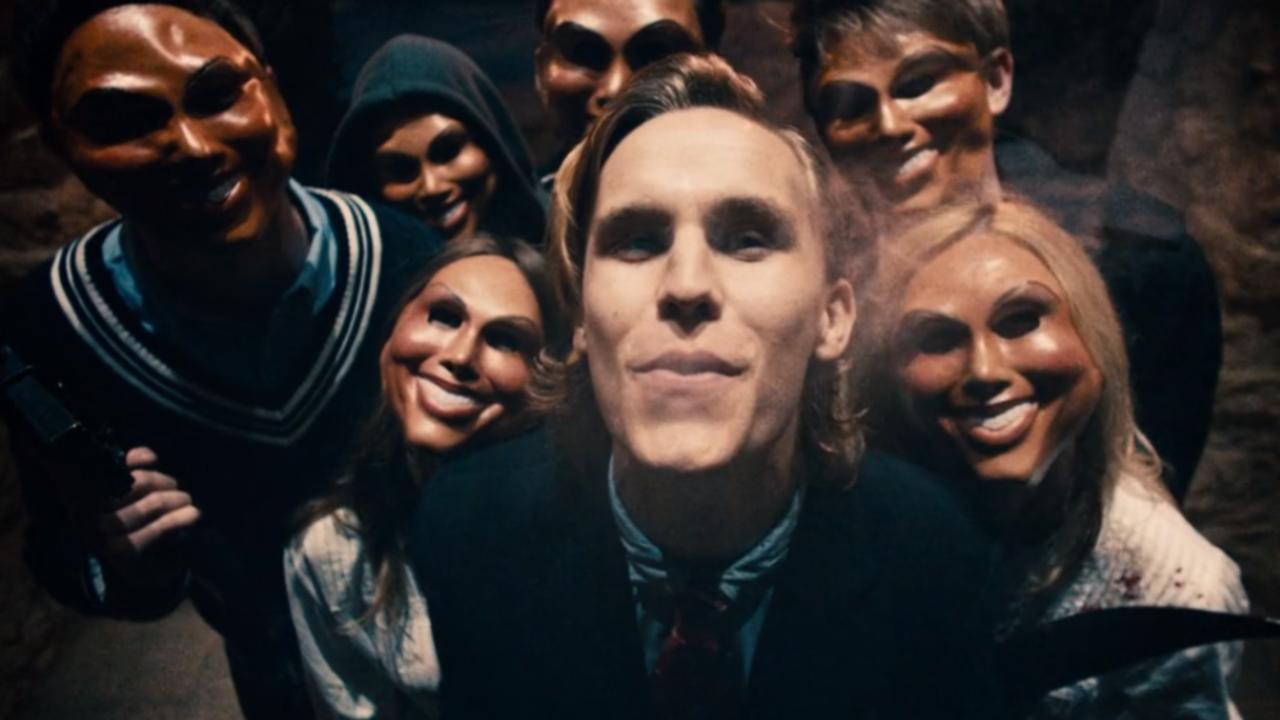 The film that introduced us to the American dystopia in which the Purge takes place annually focused on a single household and its tormentors. The Sandin family (Ethan Hawke, Lena Headey, Adelaide Kane and Max Burkholder) is wealthy, due mostly to the fact that the husband/father, James, sells home security systems to protect other wealthy citizens from the violence of Purge night. After the lockdown, a rapid series of events changes the story’s path, including the admission of a bloody stranger (Edwin Hodge) in need of help into the Sandin home. The Purgers chasing him just want him released to them, but at what cost?

The characters in The Purge present arguments that prove that ethics are not a black-and-white issue; the movie essentially presents its own version of the trolley problem.

If they send the stranger out of their home, they will be spared, but will have chosen to send a man to his death. If they choose to shelter him, everyone in the house dies. They barely have time to make the decision to fight for their lives, as their security system is rendered useless by the Purgers outside. There is no doubt that the scenes of the invading Purgers hunting down the Sandins and their guest are suspenseful, but the family does put up an impressive fight — one made all the more impressive by the fact that they expected to spend the night in relative comfort.

In the film’s final moments, we see wife/mother Mary (Lena Headey) take the highest ground of all, proving yet again that the answer to violence cannot always be violence. 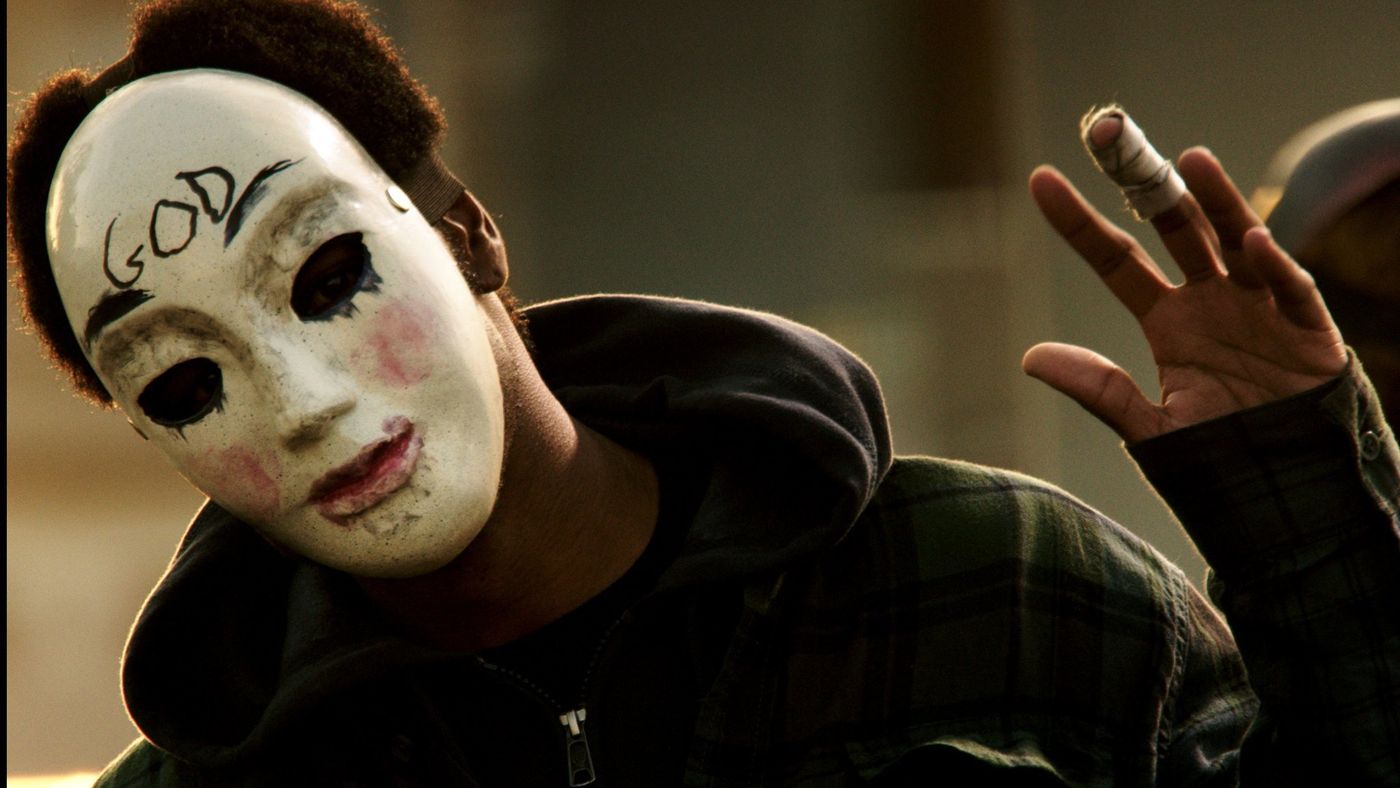 The franchise’s sophomore film doesn’t focus on just one family, but it does create a similar group dynamic. Led by Sergeant (Frank Grillo), a group of people who found themselves unexpectedly outside on Purge night traverse the city trying to stay out of harm’s way. They include Eva (Carmen Ejogo) and her daughter Cali (Zoe Soul) and young couple Shane and Liz (Zach Gilford and Kiele Sanchez). Sergeant is outside on purpose: he wants revenge on the man who killed his young son while drunk driving. He only takes on the extra company because he knows he can’t leave them out on their own on Purge night, arguably slowing himself down and causing everyone to be endangered.

This time, it’s revealed that there is a resistance to the Purge, led by Carmelo (Michael K. Williams). Maybe due in part to that resistance, the number of people purging is down, and the government of the New Founding Fathers of America (NFFA) is working to beef up those numbers to keep the night in place.

While the first film’s Sandin family and their neighbors were visibly wealthy, The Purge: Anarchy delves further into the divides between social classes in America, plainly presenting lower and middle class citizens as victims of the Purge, while the wealthy stay comfortable and literally bid on other humans to “hunt” for sport.

The ideas behind the series became much more clear with the second movie. 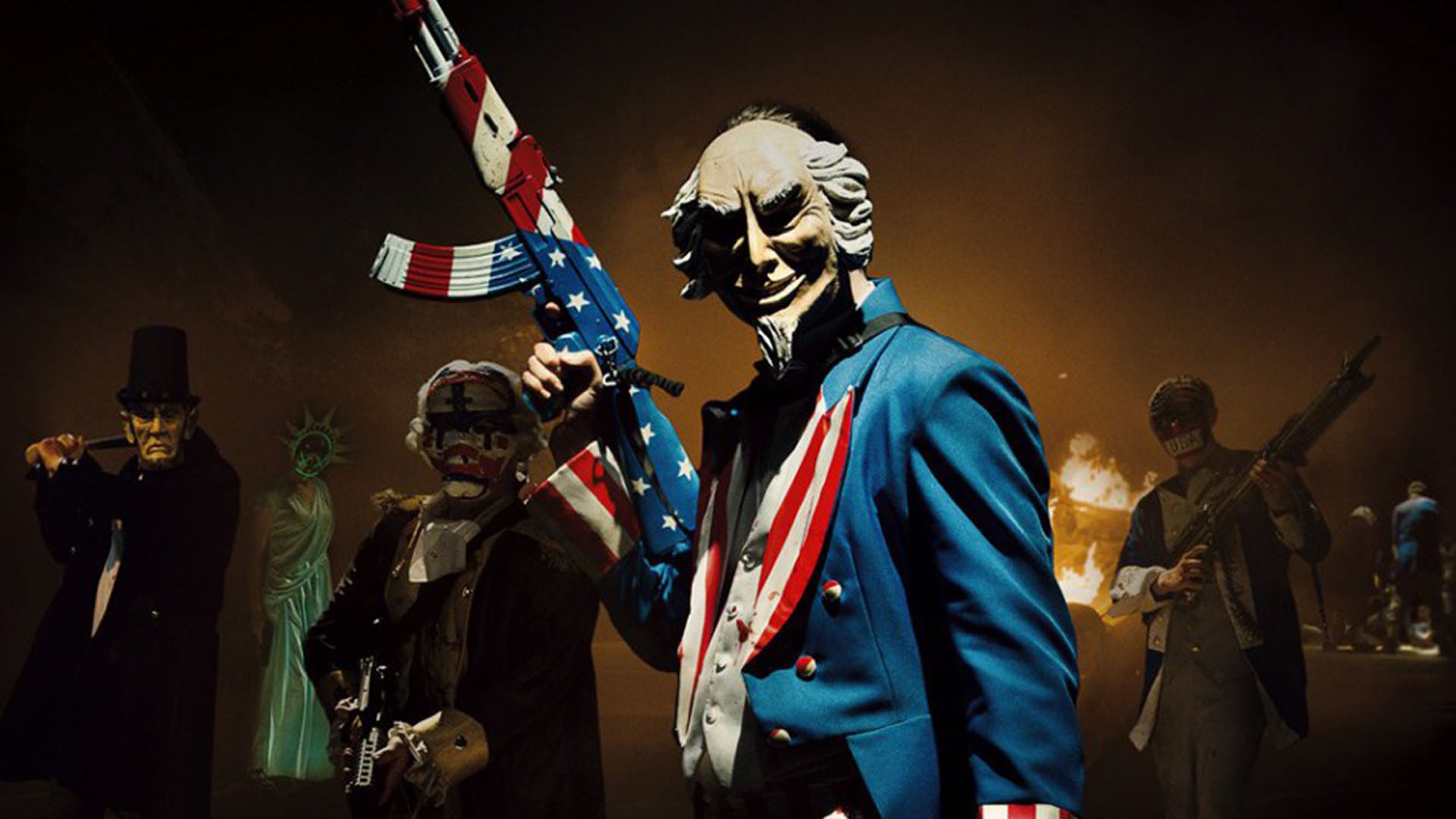 Of the three existing films, this one feels the most pointed, given its title and the year of its release. Again, it focuses on an unlikely group of people coming together to survive the night, but the political undertones that may have existed in the previous films become political overtones.

Leo Barnes (Frank Grillo), reprising his role from Anarchy, is a head of security for Senator Charlie Roan (Elizabeth Mitchell), who is running for president on an anti-Purge platform. Her opponent is Minister Edwidge Owens (Kyle Secor), a member of the NFFA. In order to get rid of Roan, the NFFA decides to remove the protection that exists for politicians, presenting it to the people under the guise of equality.

Barnes and Roan must escape the white supremacist mercenaries sent to kill the senator, and along the way they gain the help of deli owner Joe Dixon (Mykelti Williamson), his employee Marcos (Joseph Julian Soria) and a friend of theirs, Laney Rucker (Betty Gabriel), who works triage on Purge nights. The unlikely crew band together to fight and escape the assassins, in addition to avoiding the typical violence of the Purge.

Despite the obvious politicizing of The Purge: Anarchy, the third film in the franchise takes it even further, bringing religion into the mix.

We were already aware of the callous ruling class, made up of wealthy white people, but some of the imagery in Election Year is haunting. The NFFA gathers in a church to pray and to “sacrifice” others to cleanse their own souls. It’s made ever more obvious that they take the idea of the Purge lightly because they know they are in no danger, and they claim their Christianity despite their un-Christlike actions. 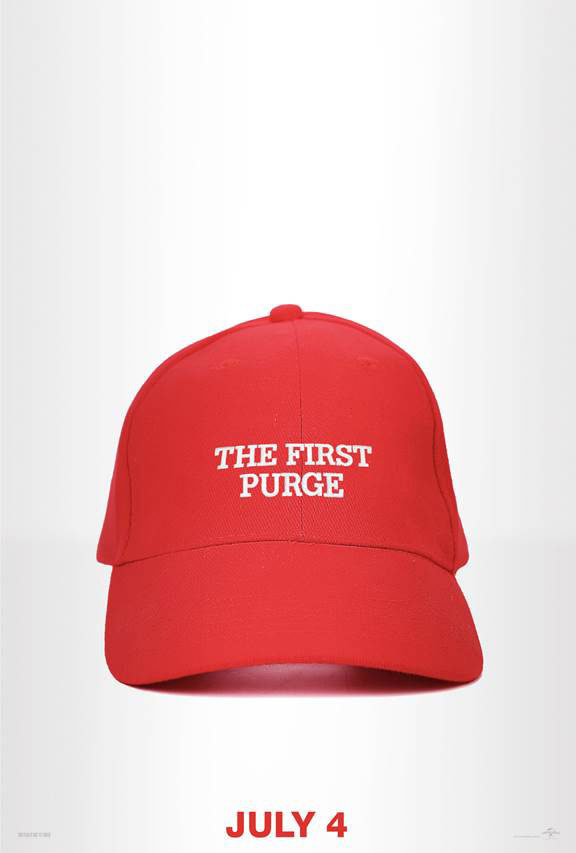 The poster for The First Purge features a red baseball cap with white lettering, clearly invoking the “Make America Great Again” hats sold in support of the Trump campaign/administration. The simple messaging signifies that the makers of the Purge movies are not shying away from their political beliefs, and we will continue to see moral and societal issues paralleled in the dystopia that James DeMonaco has created.