Lara Jean Mummert was born in San Francisco, California, to Roxanne Jean Pereira (Mummert) and Jeffrey Phillip Mummert. She is of French, Italian (Father) and Portuguese (Mother) decent. She began acting as a young child at the local theatre, there she made her first stage debut performing as an actor, singer, and dancer in the stage musical “Brigadoon”. Lara Jean spent most of her early years performing in New York City, New York before being accepted into the prestigious Purchase Conservatory. She spent her days as a theatre performer in Manhattan before traveling with Sesame Street as an Actor, Singer, Dancer. While touring she landed her first Lead role in a Feature Film for “2 Jennifer”. It was then Lara Jean made a name for herself in the Independent Film Industry. In July of 2016, she was named “Actress to Look Out For”, by Singapore writer, and editor Haren D Yong; “Set to be a most likable face on independent cinema, Lara Jean Mummert is instilling avid fandom for many a horror fan”. 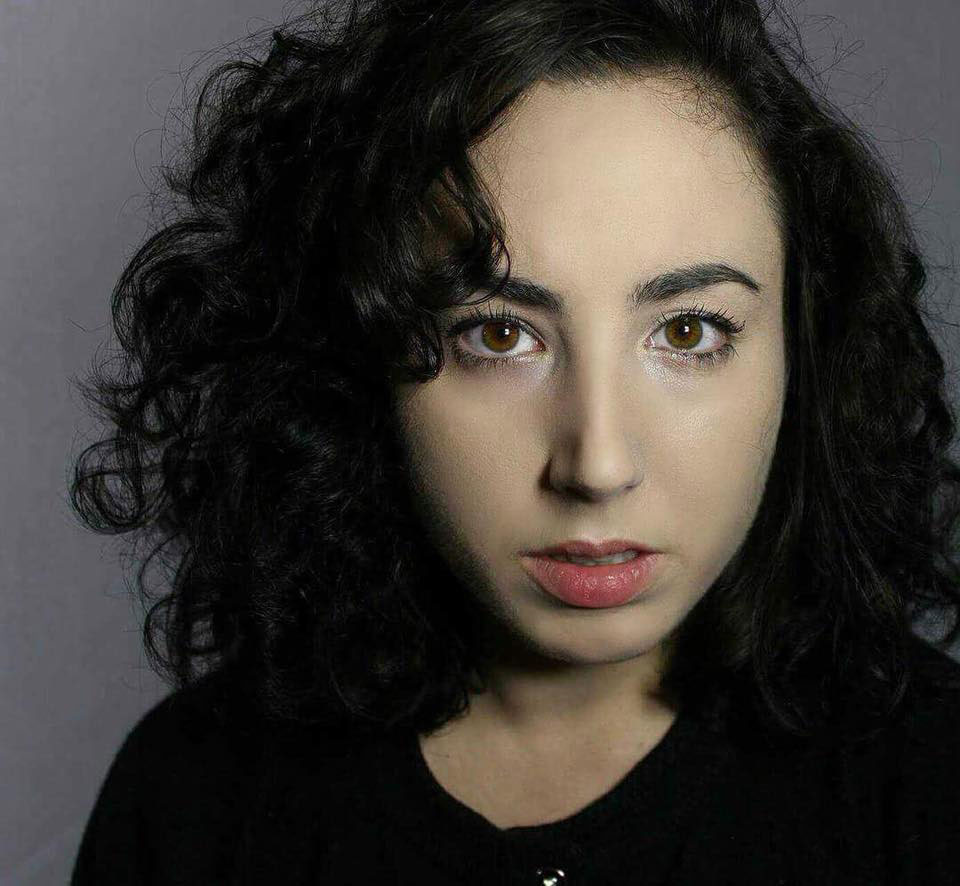 Well, for a very long time I was a ballerina, started my training when I was just 3 years old. I got to travel around the world with various dance companies performing and choreographing dance pieces on the most beautiful of stages. I always had a passion for being a performer, and to be honest, thanks to my mom, I had amazing training. She had me training in everything you could think of; Ballet, Tap, Piano, Gymnastics and even at one point Ice Skating! By the time I was 16 I knew just about every form of dance, I knew how to sing, play piano, and do a backflip! So it was inevitable that the next story came to light.

I landed a lead role singing, dancing, and puppeteering as Elmo for Sesame Street Live Tour. It was a blast, and again I found myself traveling all around the globe. Hitting up news stations, doing interviews, and even going to Children’s Hospitals to make special appearances. And let me just say, after making thousands of children’s faces light up, and knowing that was you, you will never want to stop performing. It was the most amazing experience, which is why I started getting into the film industry. 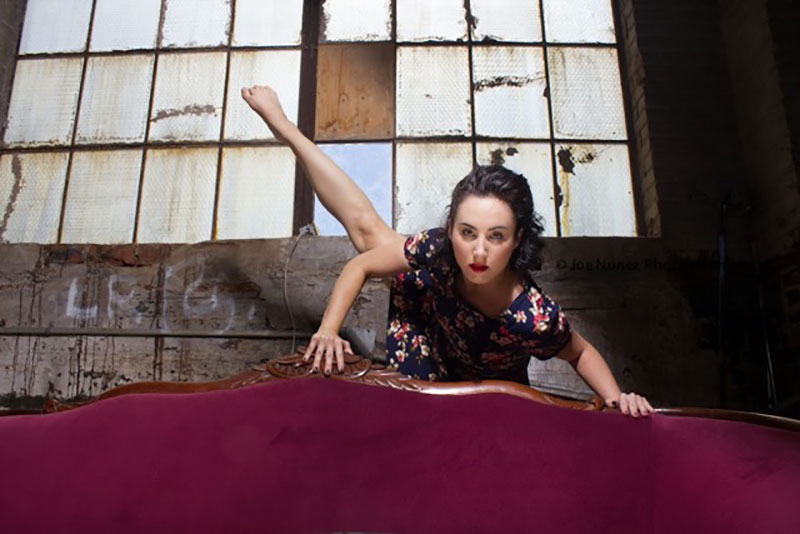 But what really made the change for me was when my Fiance passed away during the end of my tour with Sesame Street. He always loved film, and always wanted to see me work in that industry one day. He would say, “You have a face for it,” and I would ignore him and tell him that performing on stage is enough for me. But when he passed away, everything changed.

I wanted to keep making a difference, not only on stage but off. So once I finished touring with Sesame Street, I moved to LA. I found myself heading to an audition for James Cullen Bressack’s film Bethany. I must have made an impression, because he ended up putting me in touch with Director Hunter Johnson. They both brought me on as the Lead in 2 Jennifer.  Since then, we have worked together multiple times on various projects, and it has been amazing. 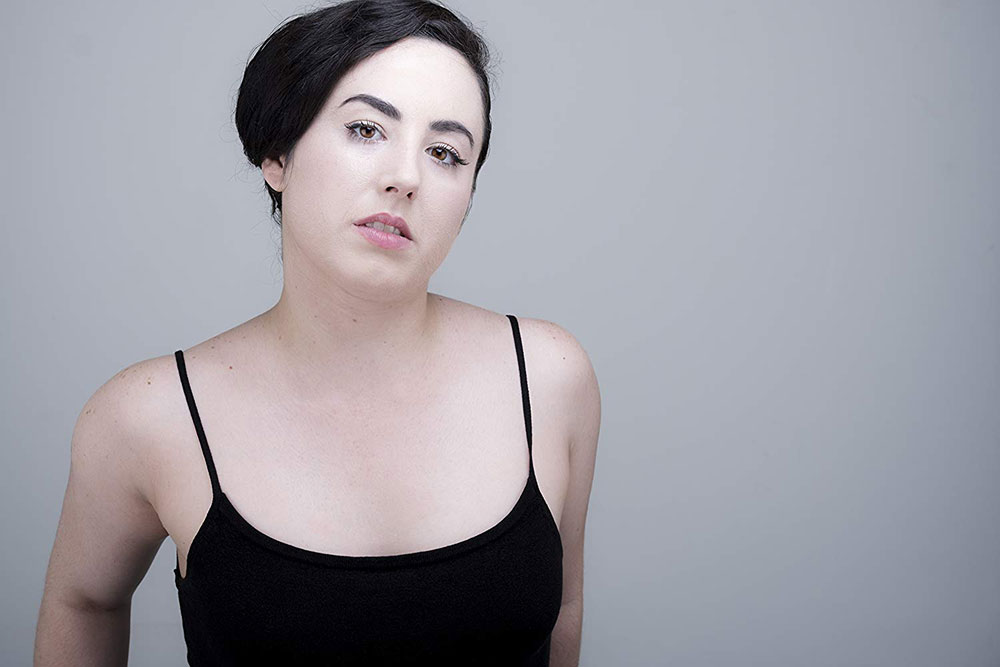 Hands down Kathy Bates!! Bates was a huge inspiration for me, plus, she has a huge theatre background as well! The way she tackles a role, really dives in and doesn’t worry about what people think of her is how I try to be and work every day. Her work in “MISERY” was a huge spark for me and was an inspiration for my character in one of my next feature films, Serena Waits, directed by Hunter Johnson. Bates is adaptable, she molds herself into every film she does, and I hope to do the same. 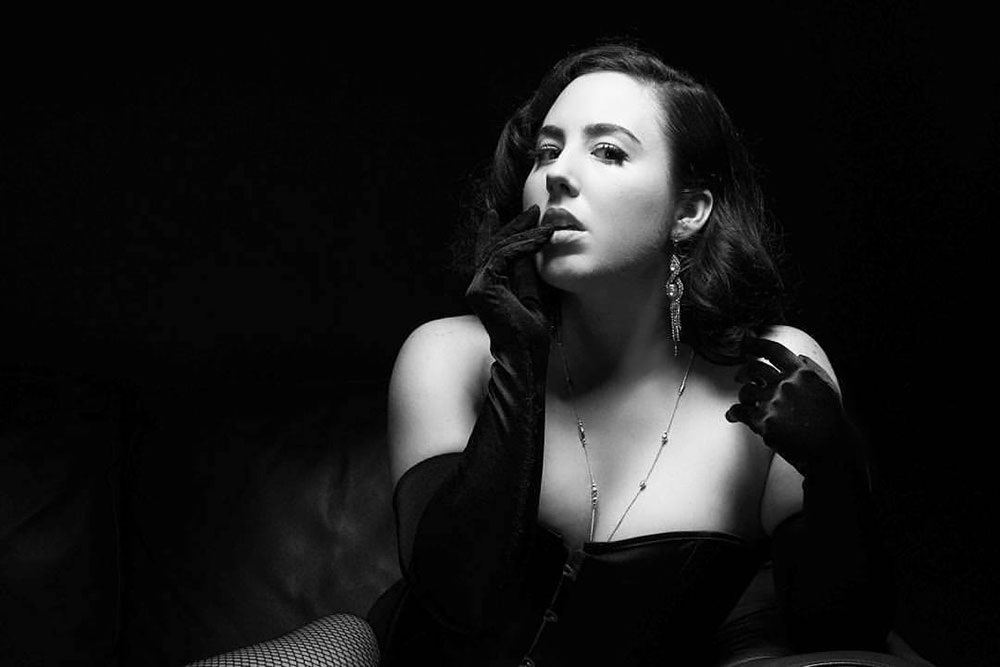 What really hooked me was Stephen King’s The Shining. That film still to this day keeps me on my toes. I love horror for that. I love that “edge of the seat” feeling King puts you through. I love the craziness and the twistedness of all King’s films, and Jack Nicholson’s role was outstanding. I mean, talk about taking things to a whole new level as an actor. The film itself has so many twists and turns, you have no idea where things will go. I love that about horror.

It was Jack Nicholson and Kathy Bates in Stephen King’s film adaptations that really made me want to be that crazy psychopath in film. They inspired me to just let go and see what happens. It is so fun to play. I love, as a horror actor, first getting that script and having no idea where or what your character is going to go through. So many things to play with as a performer.

Also, little side note, I just heard that Warner Brothers is going to be doing an adaptation of the Stephen King Novel “Doctor Sleep” which is the sequel to “The Shining”, and the film will be starring Ewan McGregor! SO EXCITED!!

First and foremost, the project has to have substance. The story has to make someone think. Before I say yes to any project, I ask myself, “Do I want to read this again? Or watch it again?” If I don’t want to know more, or if the story doesn’t challenge my mind in any way, then I usually steer clear. We are in a time where people are using social media more and more to make a difference and get people thinking about what may be, or what could, and I want to be a part of that. I want to be a part of projects that spark the imagination and get people thinking in a deeper light. A good example of this would be BLACK MIRROR. 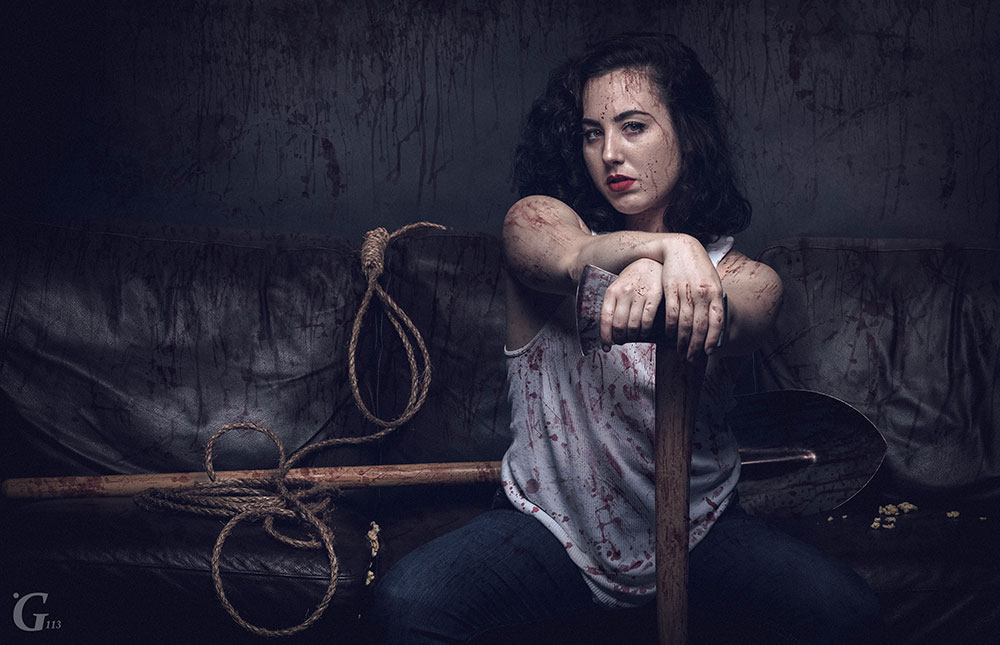 Having a strong female lead in horror has become the norm now, and it’s amazing!! VICTIMS NO MORE LADIES!!! This genre really gives women the opportunity to show off their chops in the right circumstances. There have been many amazing female hero/villain roles in the past years…and more coming. Equality is becoming a huge part of the film industry, and females are not just having more say as to what’s appropriate and what’s not — we are becoming a huge part of the production side as well. As women get stronger in the world today, women will always be getting stronger on the screen. 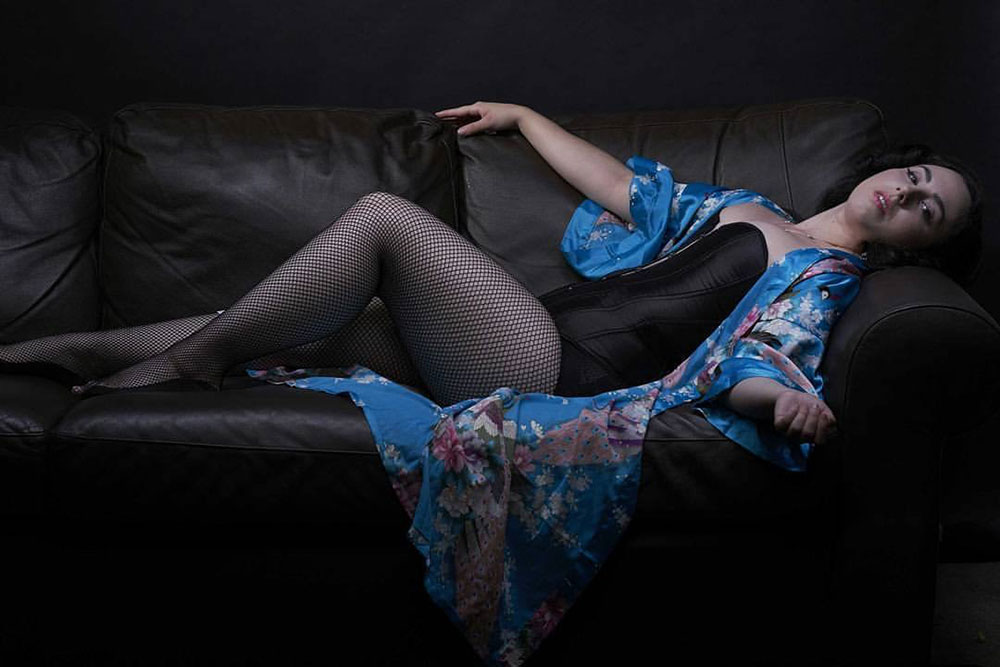 I first want to shout out to all the Directors I got to work with this past year and will be working with this summer: Aaron Mento, Hunter Johnson, Monte Light, Thomas Haley, Alex T Hwang and Blake Fitzpatrick. It has been an amazing packed year filled with tons of filming, and I can not wait for more!! Coming soon is the Horror Comedy UGLY SWEATER PARTY directed by Aaron Mento. I play a gothic teen named Hanna that finds herself and others in a crazy situation when an evil Christmas sweater possesses one of the partygoers.

Another film coming soon is SERENA WAITS directed by Hunter Johnson. I play the role of Trini, a stuck up college student that knows how to get the truth at all times. The next few films are in final stages of editing, and that is Abaddon directed by Blake Fitzpatrick, The Crossing directed by Thomas Haley, and Lilith directed by Alex T Hwang.

And last but not least, I have recently been hired on as the lead role in Monte Lights’ science fiction film SPACE. We are actually going to start test shooting next week.  I could not be happier with this role. I play a young scientist named Ada. She is spunky, strong, and quick witted. She is unlike any character I have played before, and the cast is phenomenal!