In The Fear, a multi-layered novel of supernatural terror and suspense, author Rae Louise delivers a pulse-pounding story of a conflicted family who must confront a terrifying evil within the walls of their own home.

With nods to Frank De Felitta’s The Entity (1978) and Jay Anson’s The Amityville Horror (1977), Louise crafts a sinister tale about a household besieged by terror.

A mother determined to protect her only child; a troubled sister with a painful past; a little girl stalked by a shadowy force—these are the characters who must stop the paranormal torment from taking over their lives. With each passing chapter The Fear grows darker and more macabre, drawing readers deeper into the story with vivid and at times grotesque details. 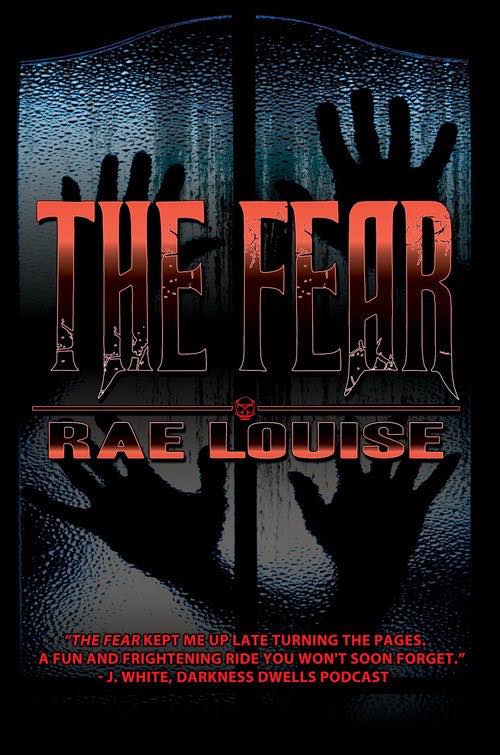 While parts of this impressive debut novel will seem familiar to fans of supernatural tales, Rae Louise has a knack for description that will leave even the most seasoned readers with weak knees.

In the exposition of The Fear, Mia Reynolds has just inherited her deceased uncle’s house and proceeds to move into the residence with her daughter, Louisa, and her teenage sister, Jamie. Though there are some deep-rooted conflicts within the Reynolds family, the move symbolizes a fresh start for all of them. But the hope for a better future doesn’t last too long. Early in the story, as a mysterious presence begins to demonstrate its power in the house, one of Jamie’s friends is subjected to a horrifying and violent encounter with the demon.

Described with gut-wrenching imagery, this sequence reveals Rae Louise as a gifted writer who understands when to craftily build suspense and when to ratchet up the horror to an intense degree. Many scenes throughout “The Fear” strike this difficult balance; while the story exposes the psychological torment that the characters must endure, it also pulls no punches when it comes to the demon’s physical cruelty and menace. Jamie, in particular, becomes the target of a malicious entity that will stop at nothing to consume her entire soul. In an attempt to save her family from destruction, Mia must learn to battle the demon with both courage and knowledge of the past. 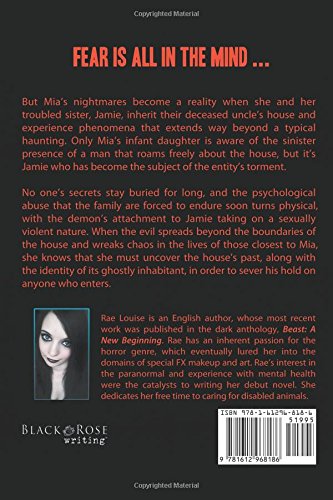 The characters are well-drawn, the dialogue mostly sharp, and the stakes for the Reynolds family are high.

The Fear never enters into fantasy or absurdist territory, presenting the story of a demon infestation as realistically as possible. More to the point, Rae Louise depicts characters whom readers actually care about and are interested in. As the protagonist of the novel, Mia Reynolds is courageous and admirable, and yet not without faults of her own. Jamie, as a teenage girl who suffers the unspeakable wrath of the demon, often serves as the perfect foil for Mia. Louisa, the young daughter in the story, is the tender heart of the family that brings them together as one. A handful of minor characters, including a mentally handicapped neighbor named Paul, play pivotal roles as the story deepens.

Even at 263 pages, The Fear could have used some sharper editing, especially during the climax in which the characters often describe everything that is happening in dialogue that doesn’t always strike the reader as authentic. That minor quibble aside, Rae Louise’s debut novel of supernatural terror is an exciting read and marks the emergence of a talented voice in the horror genre.

Rae Louise’s The Fear is available now from Black Rose Writing in both Kindle edition through Amazon and paperback from Amazon and Barnes and Noble.