Posted by:
Tags:  After She Died indie horror supernatural horror

Nothing stays dead in these Dead Woods. “After She Died” is a familiar yet creative and chilling supernatural tale about loss and letting go. 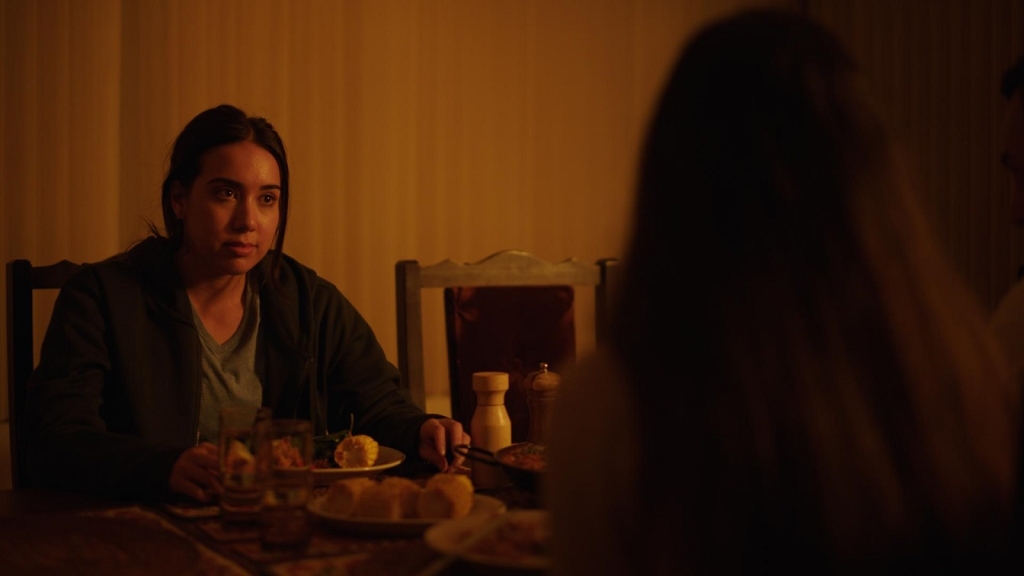 “This is no place for the living.”

After She Died (2022) starts with a screaming couple and a daughter, Jen (Liliana de la Rosa, as Liliana Ritchie), trying to block it out. Her mother, Isabel (Vanessa Madrid), dies shortly afterward due to mysterious causes. Her death is abrupt, happens offscreen, and is never fully explained. Jen must face her high-school graduation day without her mom, with whom she was extremely close, to share this major milestone with her.

To make matters worse, Jen’s close friends are all preparing to leave the town and move on to the next chapter of their lives. But Jen is left reeling from the loss of her mom, feeling lost, aimless, and alone.

And if that wasn’t traumatizing enough, Jen’s father, John (Paul Talbot), with whom she has a strained relationship, wastes no time bringing his new girlfriend, Florence, home to live with them. That would be devastating enough so soon after her mom’s death. But Florence also happens to look like a spitting image of Isabel. And John is maddeningly tight-lipped about just what the hell is going on.

Writer/director Jack Dignan wastes no time revealing his hand here. Jen is right to be suspicious. It doesn’t take long for her to discover that her beloved mother has returned from the dead. Though, as we could easily guess, she’s not quite the same.

Soon, the resurrected Isabel/Florence becomes pregnant and poses a significant threat, especially to Jen, who is left paralyzed and vulnerable after a tragic automobile accident.

The performances are quite strong, and everyone’s pain was seen, felt, and heard. 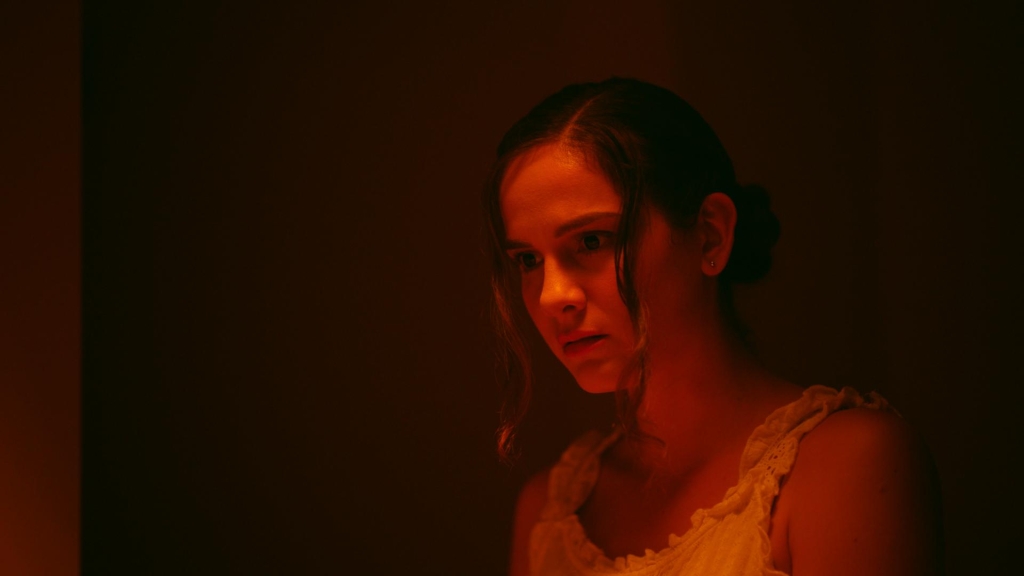 Florence’s characterization, however, stole the show, and Madrid is utterly captivating from beginning to end.

We see her new form, predisposed to violence, shifting snake-like from dangerous to sweet and back again, like she’s two different people. During one pivotal scene, Florence flashes the most wicked smile. It was the stuff of nightmares, slightly elongated with rotting slits.

Florence also gave me Munchausen by Proxy vibes because she was hurting her “daughter” — not for attention but to keep Jen closer and prevent her from straying from the family.

And this is an overarching theme in the film, the inability to let go and the havoc that is wrought by clinging too tightly to the past.

There’s a palpable sense of disassociation felt, along with the slippage of time. Nothing is completely linear, and we’re never quite sure how much time has passed or what has happened.

It’s intentionally disorienting and used to highlight the isolating aspect of grief.

Amid great loss, the world keeps spinning and time keeps moving. But for those who have lost someone, it feels like the earth has fallen off its axis, and nothing makes any sense anymore. It also feels like nobody understands your grief or even cares to try.

And while grief can sometimes bring people together, Jen and her father could not be farther apart. He seems like a zombie in human form, while her mother is now a living ghost. Everyone is just a shell of their former selves.

In fact, all the parent-child relationships in the film are disturbingly askew, and something is clearly very wrong in this town.

Though most of the backstory is kept shrouded in mystery, the source of that something seems to lurk in the heart of what’s dubbed the Dead Woods.

That’s where The Sheep-Man (Noah Fowler), as Jen’s best friend Louis (Adam Golledge) coins him, resides. He is the supernatural being who makes deals to bring souls back — a dark gift that comes at a high price.

John makes a deal with this entity to return Isabel, but that deal comes with a warning that her mind is still new, like a child, and needs time to develop.

The cinematography is so beautifully done but not in a distracting way; it feeds well into the performances, with the colors reinforcing the scene.

This Australian horror film was made for a paltry $300,000 USD and shot during the pandemic, but Dignan makes masterful use of very limited resources, giving the film an elevated look that belies its budget.

The production design is commendable, and there are more than enough horrific and well-executed visuals to appease gorehounds. The mysterious woods where Death itself resides are appropriately sinister, creepy, and dread-inducing. And the Sheep-Man looks great with an effectively menacing and commanding voice — somewhere between Black Phillip from The Witch and Pinhead from the original Hellraiser.

My only complaint is that he is difficult to understand, so I missed key dialogue because the voice effects were too heavy. Since he delivers important bits of exposition that help explain what’s happening, I wish these lines would have been clearer. (If you have a chance to watch with captions on, I highly recommend it.)

That quibble aside, the sound design is excellent.

A slowed-down siren blares as background noise whenever something horrifying happens, which happens when the alarm bells start ringing in our heads. It’s a simple effect, but it adds to the emotional aspects of the scenes when Jen is consumed by horror.

There is also an unnerving use of body horror sounds that ratches up the unease. We hear every time someone’s body cricks or moves unnaturally. It’s quite potent at getting under your skin. Damage to the body and soul is a prevalent and powerful theme in After She Died.

The movie twisted and turned, never going as I expected it to.

At first, it was building a mystery. But over time, I began to feel a lack of cohesion.

The story felt too complicated. Rather than one central storyline, we get several, and they crashed into each in discordant ways.

However, despite wishing the story was more streamlined, I enjoyed myself while watching this film and certainly appreciated the passion that went into making this.

After She Died is a capable, micro-budget indie horror film with some emotional depth and a good amount of suspense to keep things interesting.

After She Died is now available to rent on demand.