Neither the pinnacle of Romero’s career nor a typical horror film, “The Amusement Park” is nonetheless intriguing — and oddly frightening. 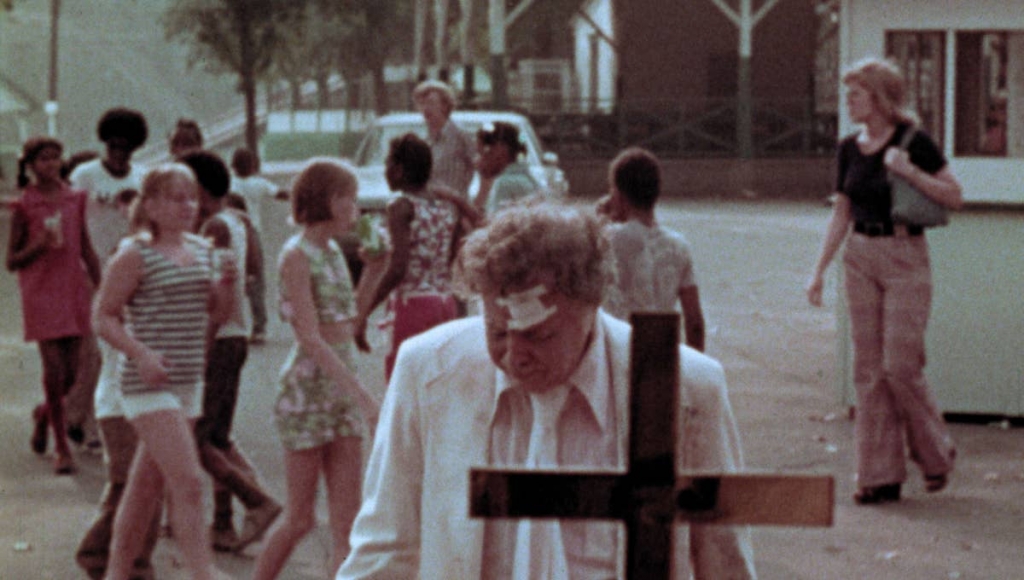 It seems hard to fathom nowadays, but in 1973, George A. Romero’s status as a horror legend was hardly set in stone.

After the surprise success of his debut feature Night of the Living Dead, Romero struggled to create a worthy follow-up. Neither his counterculture romantic comedy (yes, you read that right), There’s Always Vanilla from 1971, nor his occult-themed psychodrama Season of the Witch from early 1973, was well-received by critics or audiences — and neither did nearly as well as his first film.

Romero’s work ethic always involved a great deal of pragmatism; he’d gotten his start in the world of industrial films and commercials before branching into fiction with NOTLD.

So, when the senior-centric organization the Lutheran Service Society of Western Pennsylvania approached Romero to produce an educational PSA about the treatment of the elderly in society, he likely approached it as both another gig and an opportunity to put his unique stamp on the material.

Rather than take a more straightforward approach to the assignment, Romero instead turned in The Amusement Park, a nightmarish funhouse reflection of the indignities of aging. 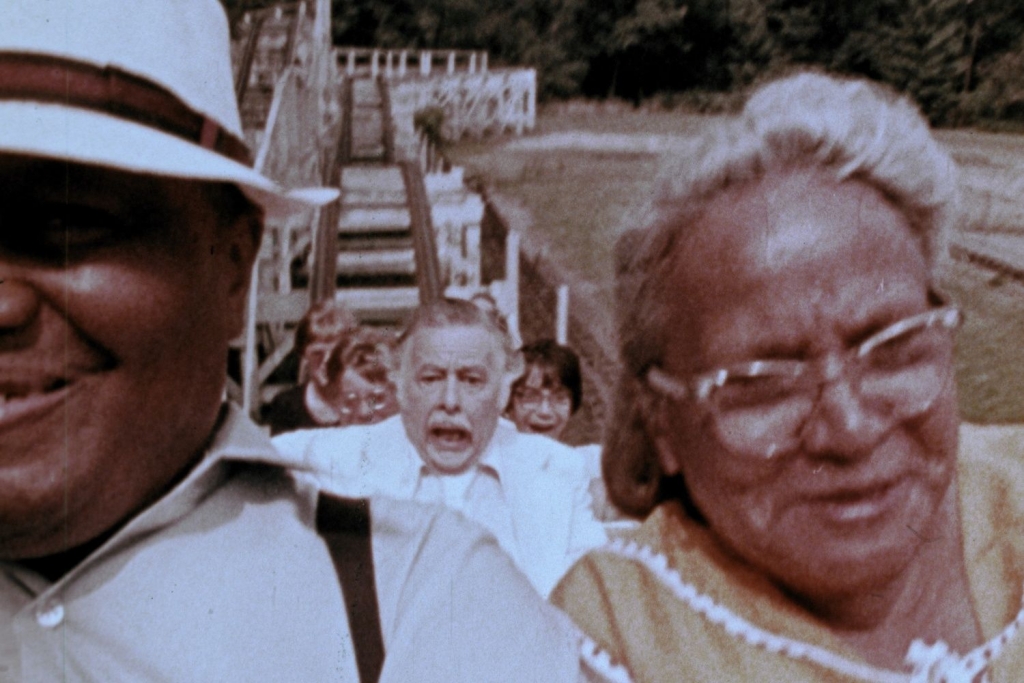 As the story goes, the leaders of the Lutheran Society were so put off by what they saw that they decided to shelve the whole project and refused to allow it to be screened publicly. Thus, it sat forgotten and abandoned, not unlike the poor aged souls the movie aimed to help.

It was thought to be completely lost to history until a couple of badly faded prints were discovered in 2018 and given an extensive 4K restoration.

Finally, after nearly a half-century, Romero’s disturbing vision could be shown to the world.

Is The Amusement Park a lost masterpiece?

Well, not exactly, but then it was never really meant to be.

Working from a screenplay by Wally Cook, Romero shot the film in West View Park outside his home base of Pittsburgh, working with a cast and crew of mostly volunteers.

It’s a great example of Romero’s ability to inject so much vision and passion into even a work-for-hire project.

The Amusement Park stands as a simple but effective metaphor for the difficulties of moving through society in an aged body.

It stars then-70-year-old Lincoln Maazel, a Western Pennsylvania theatre veteran, as our unnamed protagonist (Maazel would know a thing or two about aging; he died in 2009 at the age of 106).

In the beginning, we see him in a blank white room, beaten and exhausted, staring into space. Then another, more innocent Maazel appears, attempting to engage the other in conversation. Despite the battered Maazel’s warnings, his blissfully ignorant doppelganger steps out into the titular park, only to suffer one affront after another.

The film cleverly uses typical amusement park attractions — bumper cars, roller coasters, fortune tellers — to illustrate the many ways in which the elderly are belittled, ignored, cast aside, or at worst, actively exploited and harmed.

As the only actor in the cast, Maazel gives a strong, empathic performance, allowing us to feel the full extent of his character’s pain and defeat.

Romero would go on to cast Maazel again three years later as the superstitious Tateh Cuda in his vampire/serial killer mashup Martin, one of his more beloved non-Dead films. Maazel gives a mostly reactive performance without a lot of dialogue, but we can read everything from his haunted expressions.

As a viewing experience, The Amusement Park is overwhelming, disorienting, and intense. 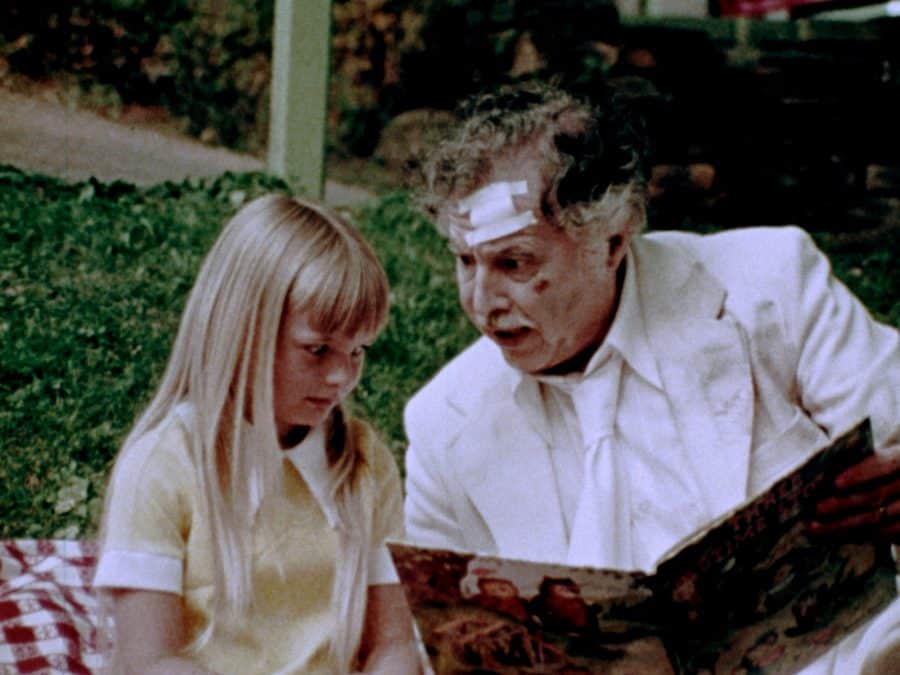 Romero employs the kind of rapid, jarring cuts he used to unnerving effect in Season of the Witch, and the sound design and score also serve to unsettle and unmoor us (another fun fact: the film’s cinematographer, S. William Hinzman, also played the first ghoul in NOTLD and is often credited as the very first modern onscreen zombie).

By the end of its short 53-minute runtime, you’re likely to feel much like the central character: battered, broken down, and exhausted.

Romero was never exactly known for his optimism when it came to humanity, but this film might be one of his bleakest. There is very little hope, very little kindness, in this world.

It’s a shame the Lutheran Society rejected it since I think this movie makes its point way more effectively than a more direct educational film would have. As a horror movie, it’s scary in an abstract, existential sense. Its purgatorial conceit is an uncomfortable illustration of the vicious cycle of growing old in our society; nobody is prepared, nobody listens to those who’ve gone before, and we have no other choice but to step out into the park and try to make it through as best we can.

It’s possibly even more relevant today than it was when it was made; Americans are living longer all