A good premise that is a little rough around the edges, “Dream No Evil” utilizes a “Psycho”-Esque twist to make its razor-sharp point. 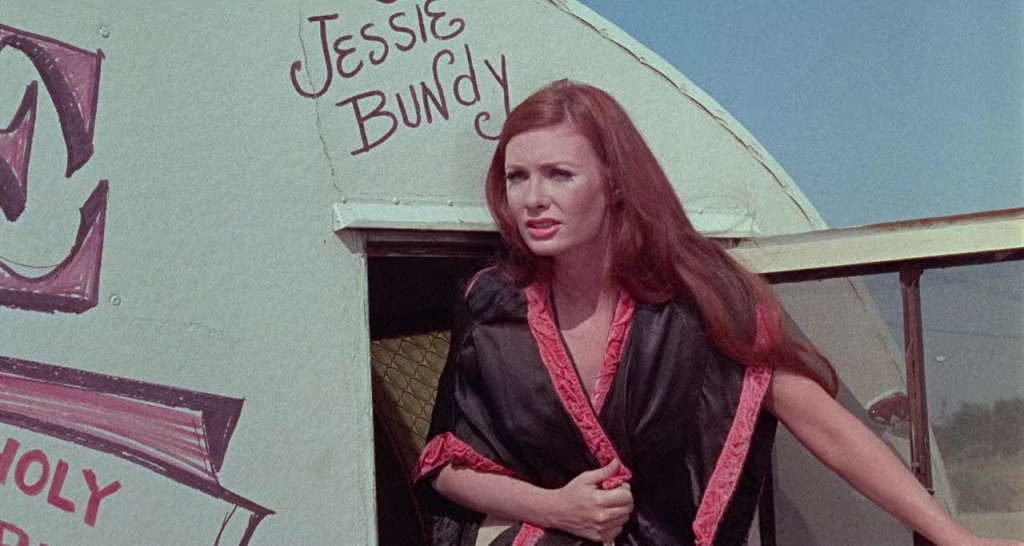 An orphan is adopted by a traveling religious group and obsessed with finding her father, but when she finally does the bodies start piling up. Let’s dig into 1970’s “Dream No Evil”, directed by John Hayes!

It’s really bothering me that I can’t place the voice or even find a credit, but there is a narrator throughout the film. Maybe it’s one of the actors, but it’s not addressed nor is any name given (or maybe I missed it).

Anyway, the premise is easy enough to ingest. An orphan is adopted by a circus-like religious troupe that uses performance to evangelize their crowds.

It reminds me of going to amusement parks when I was younger, watching the high divers jump from many stories into a pool they could stand in; though it never gave me the theological tickle.

In trying to misdirect where all the murder is going to be coming from, we get some jumbled scenes that seem goofy instead of creepy. 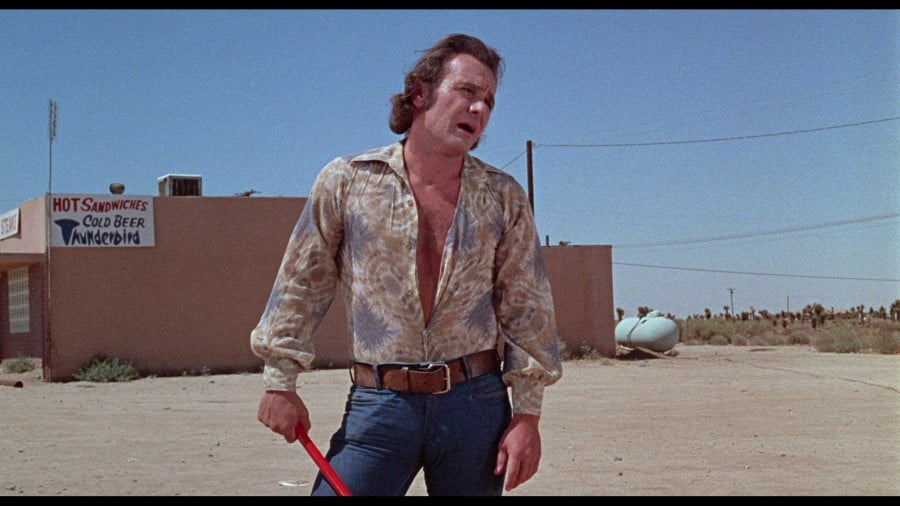 Though a high point is the Undertaker; his demise is an airless balloon.

A mental break leaks out on screen as they put the set dressers to work flipping a room from neatly decorated to abandoned and dusty, and we go full slapstick with some Looney Tunes sound effects added into the scythe kill.

Rounding it all out with a psychotic ax attack upon automotive glass, our red herrings are revealed as manifestations of a troubled brain who never had help dealing with the trauma of youth.

Marc Lawrence, who played the Undertaker in a surprisingly creepy role, was featured beside two Bonds (Roger Moore and Sean Connery). And he finished out his long career as the token old-timer in films like From Dusk til Dawn and Arnold’s poorly received End of Days.

Edmond O’Brien (Timothy MacDonald/Father) has an illustrious resume. If you ever go down the rabbit hole of the old-time western films etc., you’ll find him alongside legends such as Jimmy Stewart, James Cagney, and Humphrey Bogart.

We don’t get much past a literal roll around in the hay, and even the dreaded shower scene trope is coy. 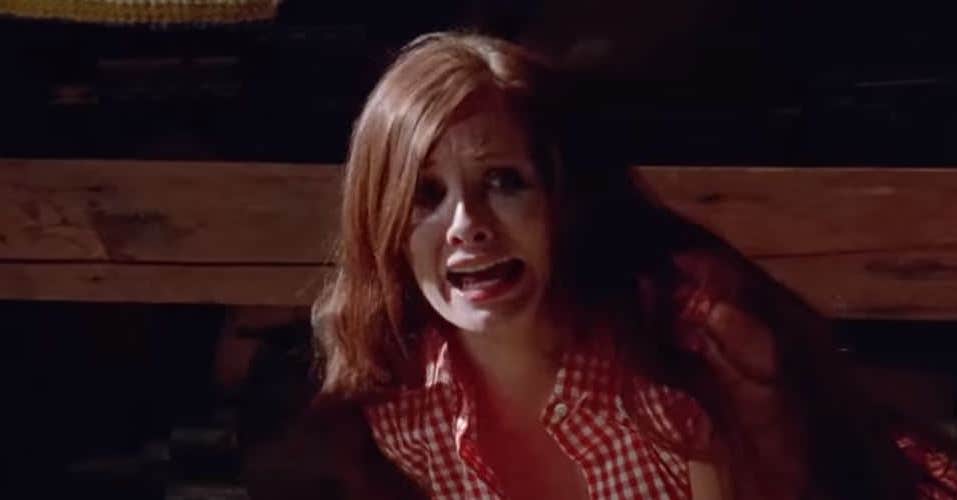 Brooke Mills (Grace) has star qualities beyond her stunning appearance. She turned in a good performance in her first film and regretfully would walk away from acting in 1977.

It does have a bit of a Tales From the Crypt episode vibe to it. Making the evangelical circus aspect of the story more graphic and spectacular would be interesting. Maybe it’s time for a bait and switch slasher that deals with the trauma of youth and mental illness head-on. There’s never been one of those, has there? (wink*wink)

Arrow Films released Dream No Evil on one of their American Horror Project Volumes, or you can stream it from their service or for free with ads on Tubi.