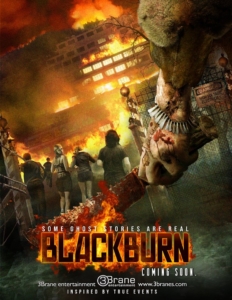 The Blackburn Asylum (simply titled Blackburn in Canada) is about a group of five college friends who get caught between a rock and a hard place while on a camping trip when a rock slide and a fire close the road at separate places with the group caught in between.

The opening scene of The Blackburn Asylum immediately raises some red flags when a family enters an old, abandoned mine with a new born baby. Why did they enter the mine? They wanted to see where the father would be working, and he was going to get some work done while they were there. Why anyone would bring a baby into such a dusty and dangerous environment was beyond my comprehension and had me almost turning off the film. It’s a blatant plot device that obviously serves a purpose later in the film, but it’s a tough pill to swallow.

As far as the cast goes, Emilie Ullerup is perfect as the self-centered Chelsea, and I was pleasantly surprised to find the banter among the friends in the beginning to be pretty realistic and natural sounding. And I’ll always appreciate a good Single White Female reference. It’s downhill from there as far as the characters are concerned. 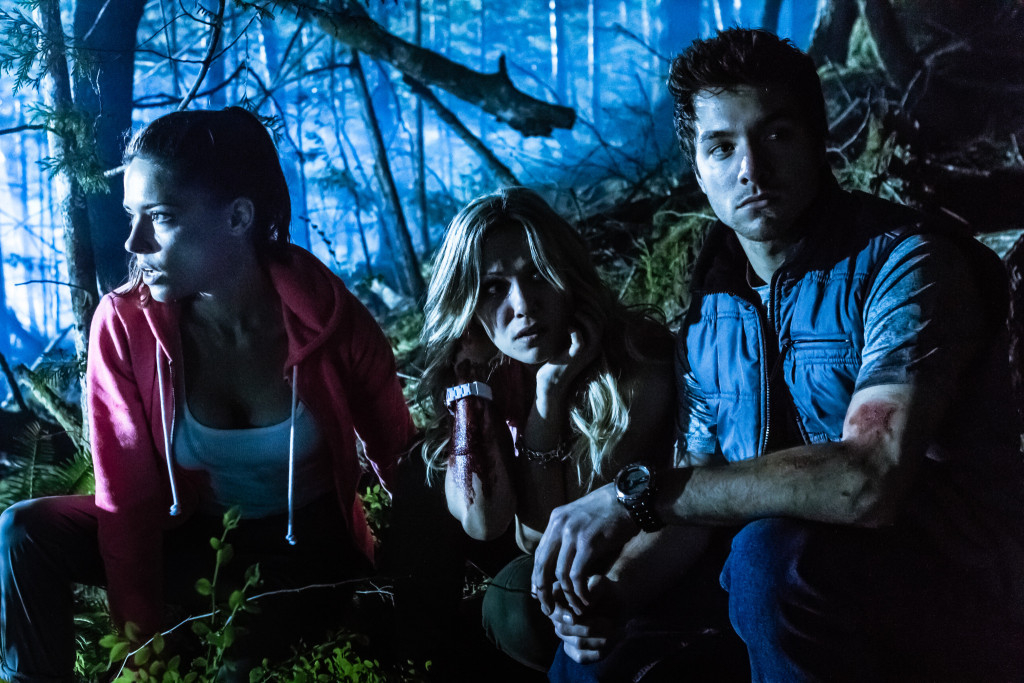 “We’re not hunters, we’re college students.” This pretty much sums up the bratty, privileged group in a nutshell, as this line is delivered in a better than thou tone. It’s almost embarrassing to watch them wander around the backwoods and abandoned mine engaging in soap opera like antics and constantly whining about their phones dying.

Also, as a rule of thumb, if anyone in a group ever says, “we should split up,” while in an abandoned mine, they should probably be forced to go out on their own while the rest of the group stays together. 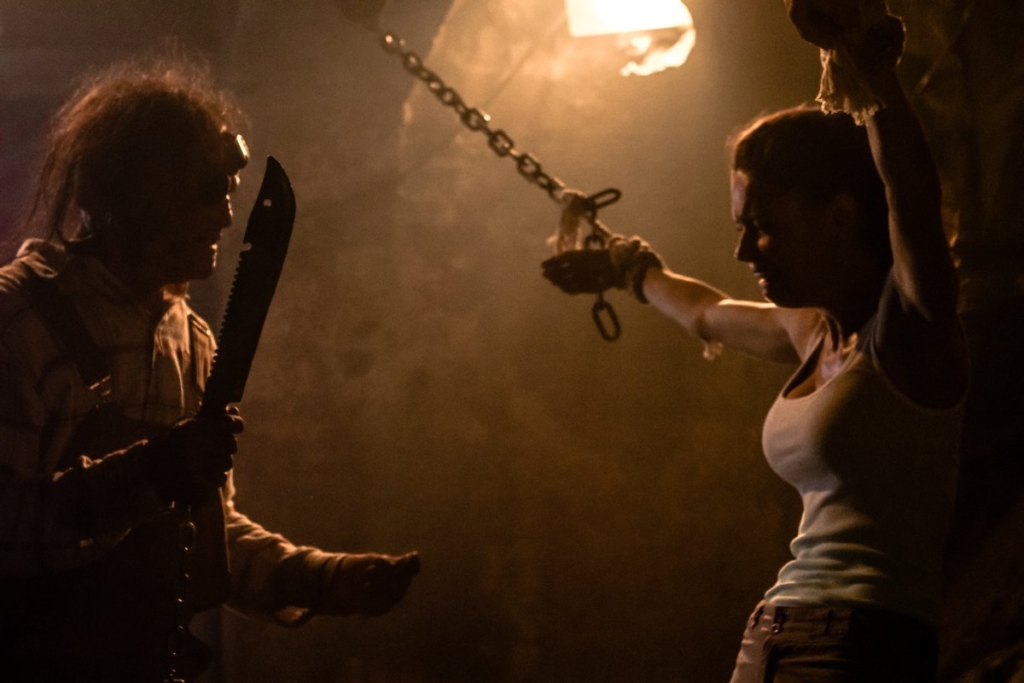 The film does have it’s redeeming qualities. For example, the set design is pretty damn good and expertly sets a dirty and dread filled tone with foggy landscapes, shadow filled mines, and cluttered, run down gas stations off a dark and desolate road. The crazed killers lurking in the shadows of the mine are effectively creepy, and when it’s called for the filmmakers do not shy away from the red stuff.

Some of the circumstances that arise as the story unfolds are a bit hard to buy into, but The Blackburn Asylum definitely improves as it progresses. The last third of the film is nothing short of a living nightmare, with some horrific happenings and much needed raised stakes for one of the characters. It’s just a shame the first hour of the film is so forgettable.

The Blackburn Asylum is an overall bland but harmless film that is slightly redeemed by a fun, haunted house/hayride like atmosphere and some decent acting from Sarah Lind. If you like dirty inbred killers wreaking havoc on pretty people, then The Blackburn Asylum is worth a watch. Just don’t have hopes for anything more than a mediocre film at best.