You can smell the leather and lead paint in this punk rock horror comedy, which is heavy on the makeup and doesn’t take itself seriously. 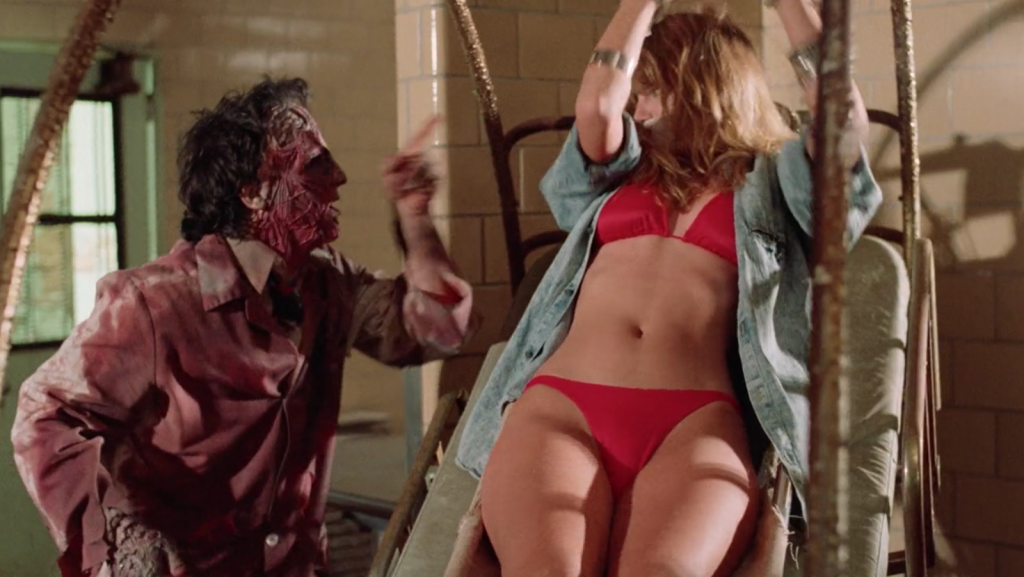 A group of teens picnic outside an abandoned asylum, which is occupied by a disfigured and disgruntled Lawyer who kills anybody who dares to trespass. Let’s dig into 1988’s “Doom Asylum”, directed by Richard Friedman!

Filmed at the abandoned Essex Mountain Sanitarium in Verona, New Jersey, which has since been demolished, I can only imagine how grimy the actors felt while filming — with lead paint pealing and a century of mental anguish filling the karmic walls. Though this added to the production value, the reluctance (I assume from budget constraints) to film anything when it wasn’t day negated what could have been a haunting setting.

With an absolute dedication to trashy dialogue, it’s hard not to see the influence of Freddy Krueger here. But it worked much better for Robert Englund. Besides his unparalleled timing and delivery, his humor worked so well because the rest of the film had true horror elements. Unfortunately, the comedy falls short here.

While the monster design is great, if not a bit derivative, daylight makes it read as cartoonish rather than menacing. Some Fangoria-worthy skin rips and gags play well and would get a whoop from an audience, but still nothing novel. 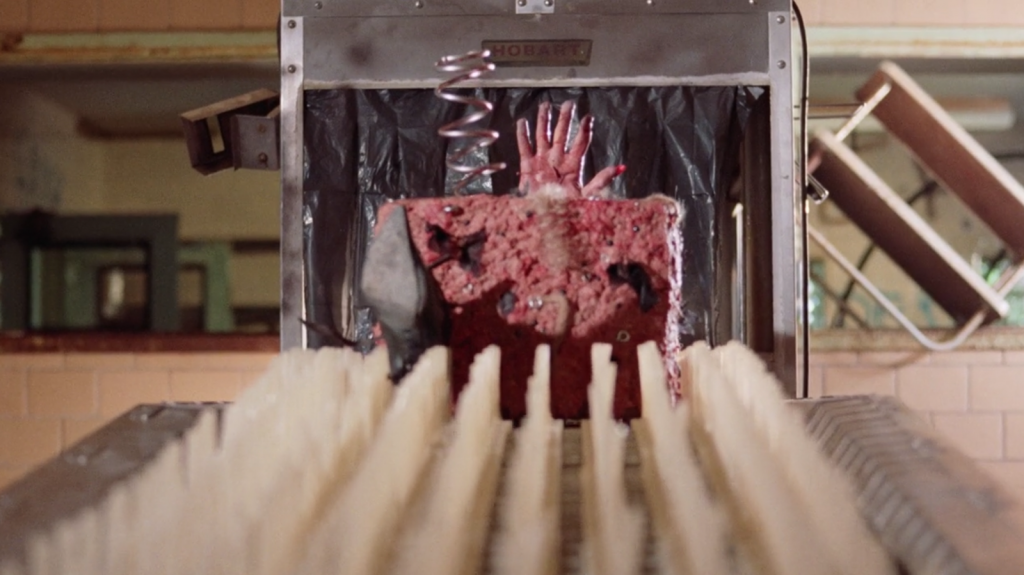 A repetitive snippet of score is maddening and proves how effective music can be at moving scenes along, as this tune hammers you into submission. It would have been cool if the punk element, with an all-girl punk band like Tina and the Tots leading the way, provided the soundtrack.

The band was authentic in certain aspects. Practicing in squats. The hammer and sickle on the drum set. Dialog ripped from the lexicon of an anarchist.

There is a reason they say write what you know; it comes out genuine. From that small aspect of the story, I assume the writer had knowledge of or experience with the early 80’s punk/hardcore movement. A semi cult hit could have been a cult smash with a few more yards of effort.

In her film debut that I can guarantee she gets no requests to discuss, Kristin Davis of Sex and The City fame stars as bespectacled, bathing suit-wearing Jane.

More in lines with the genre of our choice, Kiki/Judy is played by Frankenhooker herself, Patty Mullen. Her comedic delivery impressed, like an even more schlocky and blonde Elvira. 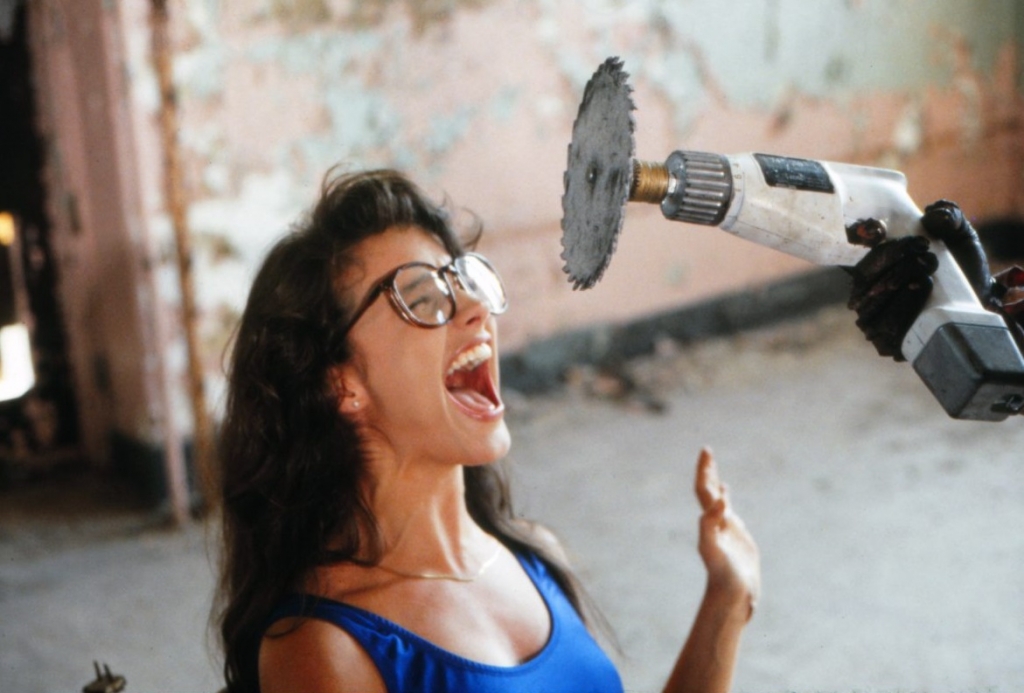 It’s a sleaze fest. I can’t fault the filmmakers for painting in the lines laid down before them.

It is easy to see how Kristin Davis went on to mainstream success. Though she does spend the entire film in a bathing suit, her charm and innocence are endearing.

The oeuvre of the current crop of young horror filmmakers seem to fit perfectly with the tone that was set in the late 80’s direct-to-video biomass. I could see the cult draw of Doom Asylum inspiring one of them enough to warrant a superfluous but fun remake.

Arrow Video released an All Region Blu-ray, and the film is also available to stream on Tubi or for rent on Apple TV.