My Bloody Banjo is an impressive debut film from Liam Regan — the perfect balance between frightening and funny, with the introduction of a new horror icon. 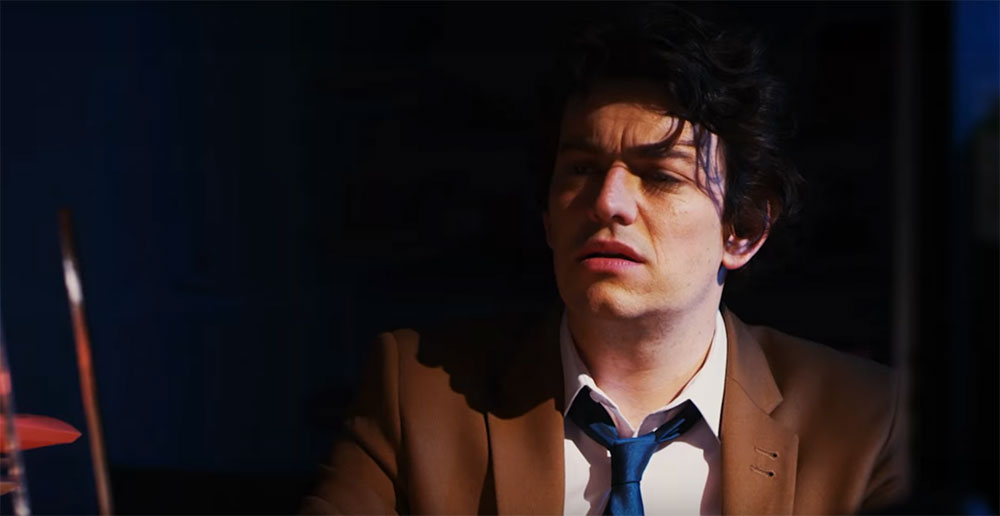 Meet Peltzer Arbuckle, a meek and bullied office employee, humiliated by his megalomaniac boss, teasing colleagues and his cheating partner. Peltzer spends his days in misery, stuck in his own mundane, nightmarish reality. Once news about his embarrassing sexual accident makes its way around the workplace, Peltzer decides to put up with his humiliation no more and conjures up his childhood imaginary friend Ronnie.

Peltzer’s world is soon turned upside down, when Ronnie attempts to manipulate him to exact revenge on his tormenting co-workers in the most gruesome fashion. As the body count stacks up, Peltzer must ultimately decide whether to run away from his past or take control of his future, as he battles between sanity and madness, in this twisted tale of infidelity, revenge and snapped banjo strings.

My Bloody Banjo is an extremely dark and twisted horror comedy, which is best described as a cross between the over the top lunacy Drop Dead Fred (1991) and the dark unnerving nightmare of A Nightmare on Elm Street (1984). 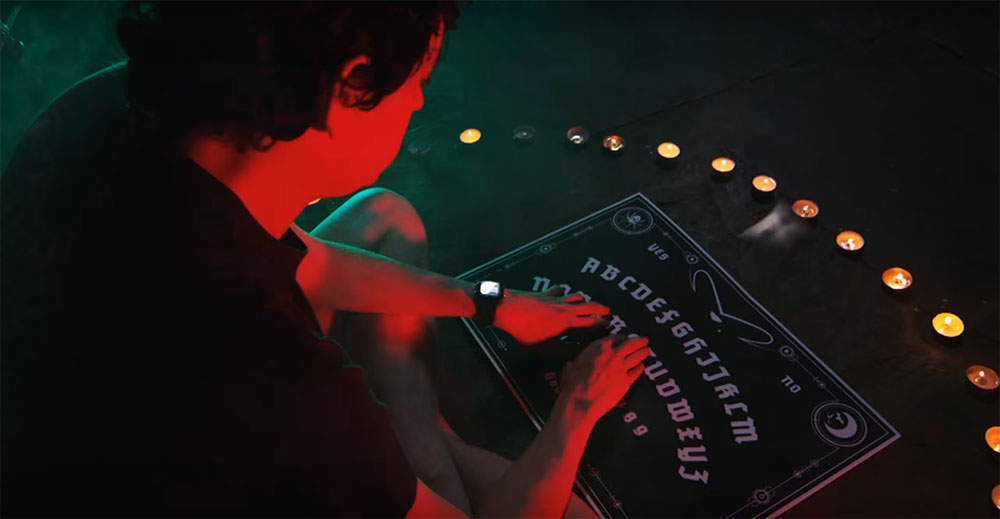 There is a playful absurdity to the action which is crammed into My Bloody Banjo, with subtle nods and references to the horror genre. One of the biggest influences being the independent films of Lloyd Kaufman, who also makes a cameo in the film alongside actors Damian Morter and Clay von Carlowitz (who writer-director Liam Regan previously worked with on Return to Nuke em High Vol. 1 and Vol. 2).

Despite all the influences, Liam still manages to create something original in the execution of his debut feature, which incorporates his unique look and style with a quintessentially British humour.

My Bloody Banjo may be a comedy, but the tone starts off extremely bleak for the first 25 minutes, with Peltzer (James Hamer-Morton) in constant torment. At home it is his manipulative girlfriend Deetz Montgomery (Dani Thompson), while at work it is his conceited boss Mr. Sawyer (Vito Trigo) and his sadistic work colleagues, led by the vindictive Stiles Rembrandt (Clay von Carlowitz). 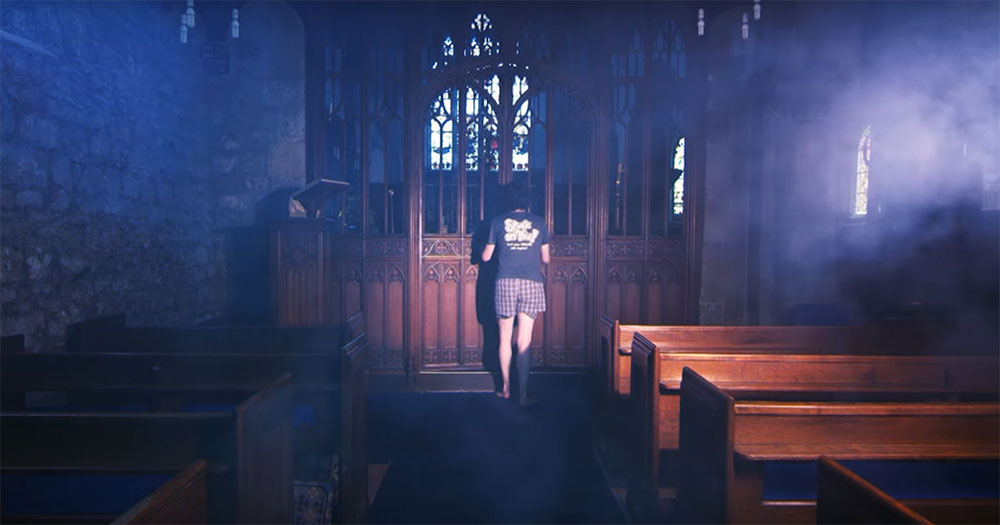 There is an extremely dark humour in the tone, which starts with Deetz in an awkward sexual encounter at the beginning of the film. As the film continues to unfold, you develop a sentimentality towards Peltzer, as well as his introverted co-worker Clyde Toulon (Laurence R. Harvey).

The background of the film has a familiar premise, which is reminiscent of a classic 80s horror film where the antihero is eventually pushed until he snaps.

Unfortunately for Peltzer, the usual High School setting here is replaced with his working life in a call centre, and the thing that snaps first is his banjo string. For those not aware what a snapped banjo string refers to, you may want to be careful when searching the internet — some images may not be safe for work. 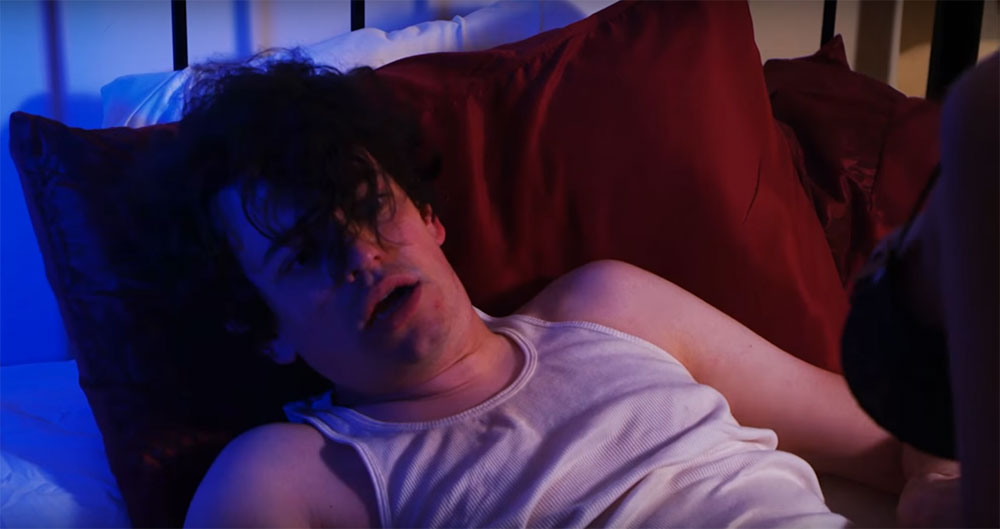 It may be an unusual statement to make, but the eye watering moment in which Peltzer snaps his banjo string is also one of the funniest moments in the film, with the delivery leaving you both laughing and cringing at the same time. James’ reaction as Peltzer in agonizing pain is brilliantly comical, especially when he is faced against a rather scary looking Deetz, who despite being sprayed in blood from a screaming Peltzer’s misadventure remains more concerned about finishing what she started.

The torturous comedy of the scene perfectly sets up the outrageous comedy tone of what you can expect from the film, which suddenly begins to change pace. 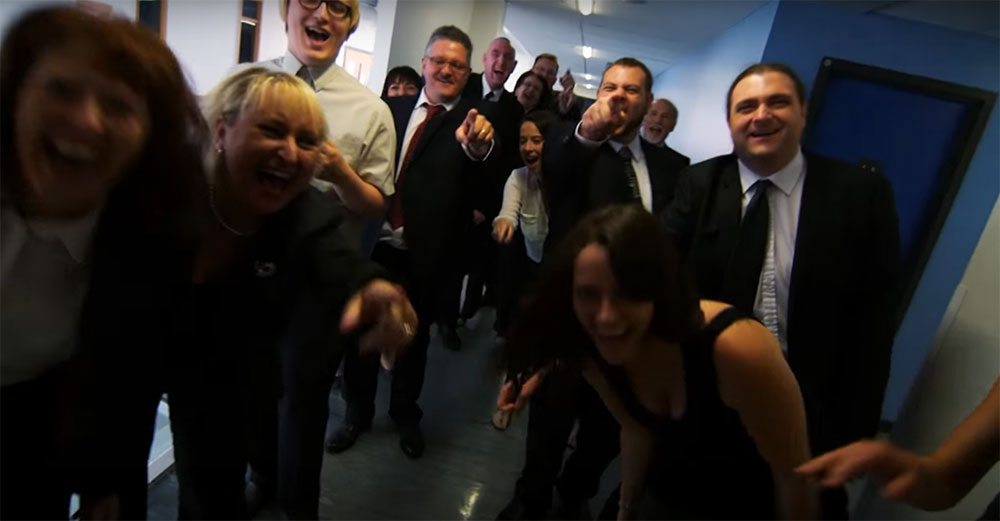 Following yet further humiliation at work from his colleagues about the incident the next day, Peltzer decides that he has had enough and decides to unleash his old imaginary friend Ronnie (Damian Morter). It is not long before we see why Ronnie was original repressed, as his initial playful action soon turns to murder. Ronnie begins to cause chaos, taking bloody revenge on those who have done Peltzer wrong.

Damien is perfectly cast in the role as Ronnie, with his energetic and childish enthusiasm. He reminded me of a young Rick Mayall, with his exuberant slapstick comic timing. Ronnie is certainly memorable; his distinctive chiseled chin from his prosthetic makeup and bright clothing makes him visually stand out. However, it is the playfully energetic delivery of his tongue and cheek kills which makes him truly stand out as a new horror icon.

Although Ronnie works as a character on his own, it is his on chemistry with James Hamer-Morton as Peltzer which makes the film work so well.

James brings a socially awkward vulnerability to the role of Peltzer — a man who has a deadly secret, a troubled past and always seems to be a hapless victim in life. Working perfectly to counter balance the energetic nature of Ronnie, it is his reactions to the spiraling events in which he remains so susceptible that make the