“Bloody Marie” takes viewers on a dark journey in a dangerous world, anchored by a tour de force performance from Susanne Wolff. 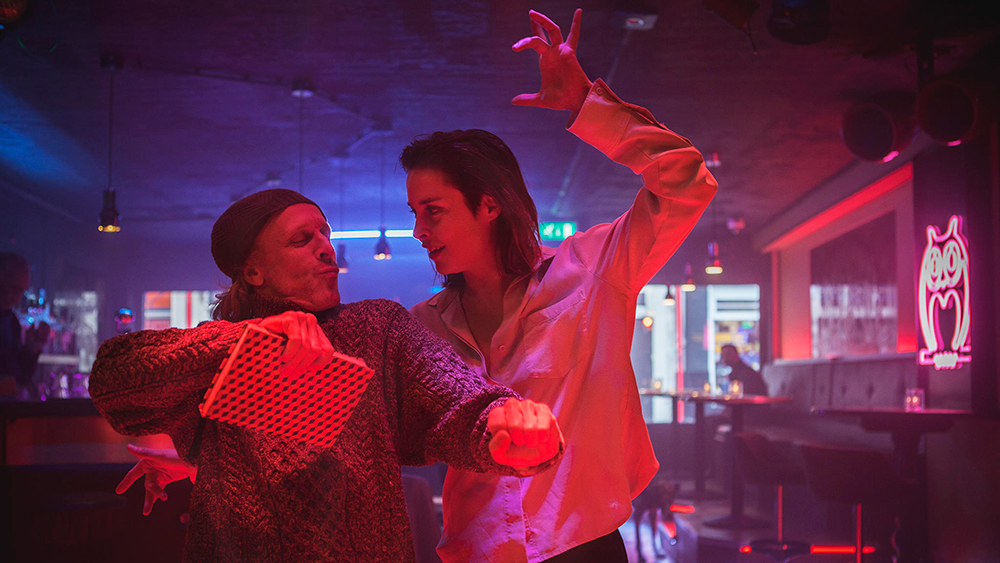 “A hen clucks. A clock ticks. An artist draws. And I drink.”

The night is swinging, the music is loud and shaking bones, the lights are bleeding party pink, red and blue, and Marie is dancing, careless and free as the wind. But she is frozen, not moving at all.

The world of Bloody Marie is a rough one, a dirty world with shadowy people. It’s not that the sun never sets, it’s that the neon lights never turn off in the liquor stores and strip joints and dance clubs. There’s a chorus of voices and sounds always humming in the background, off in the darkness. You’re never alone in this world, but you’re always on your own.

The beginning of the film so prepares and immerses the viewer in the context in which Marie lives, that the rest of the story can focus on Marie herself. The decisions she makes and actions she takes push her and the story closer to danger one step at a time. While the night feels like home to Marie, a tapped out artist whose creativity has run dry, she seems stilted in the light of day, not sure how to handle herself.

She’s awkward and lost. One scene has her about to climb aboard her bike blending in with the normalcy of the daytime crowds. The film then cuts to a door opening revealing night with Marie drunkenly crawling through on the floor. 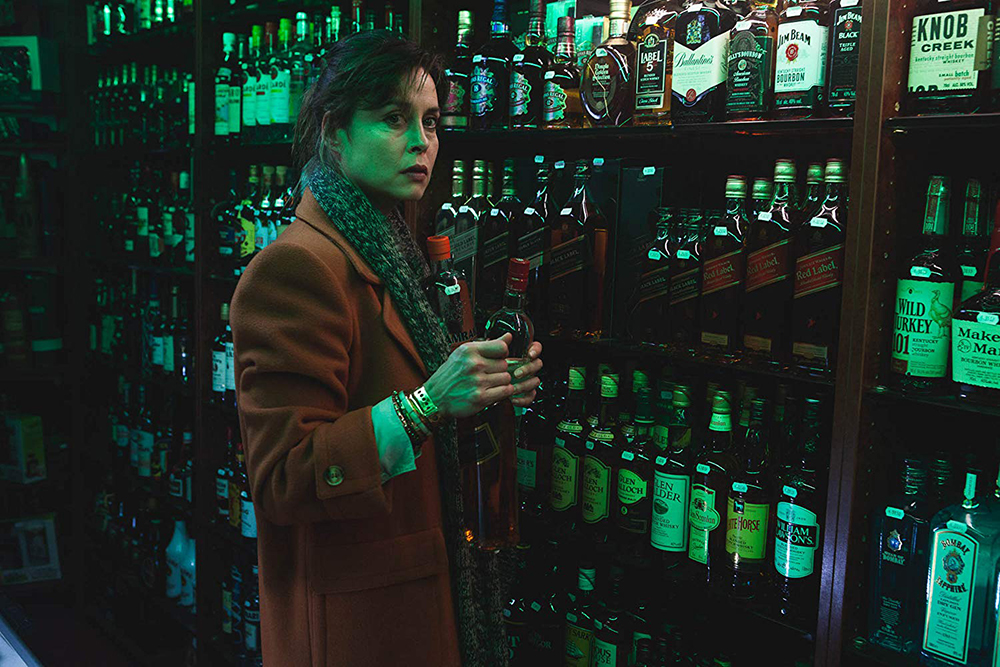 Susanne Wolff is extraordinary as Marie.

Her performance captures a woman almost consumed with regret and apathy. Almost consumed. She shows flashes of hope still within Marie, and these moments are where Wolff simply shines because it adds much weight to the lost life she is living. Every movement of her body is done with urgency and unease, by a person on the run from herself. Her time is fleeting, her life floundering and her actions say so.

Marie is clouded by drink and her life has been  lulled to sleep by regret and apathy. In one scene, the camera follows her from above as she wakes and stands, turning with her as she slightly stumbles and braces herself, her face shadowed by the hood of her sweatshirt. She’s a mess, haunted by the death of her mother, and she dives into the part with force, no matter how deep or shallow the bottle may be.

Did Marie hear her mother call out for help before she died? Was she too drunk to act on those calls for help? Did she make up her mother calling for help later? She doesn’t know, and it’s tearing her apart.

When Marie’s actions lead her into a  developing crime scene, she is left covered in a neon colored powder. Marie walks, dazed in the day time looking out of place with the neon assortment smeared over her clothes and face, a living embodiment of the neon soaked nights she so embraces. When the dangerous colors of the night leave their mark in the waking hours, Marie may have reached the point of no return. 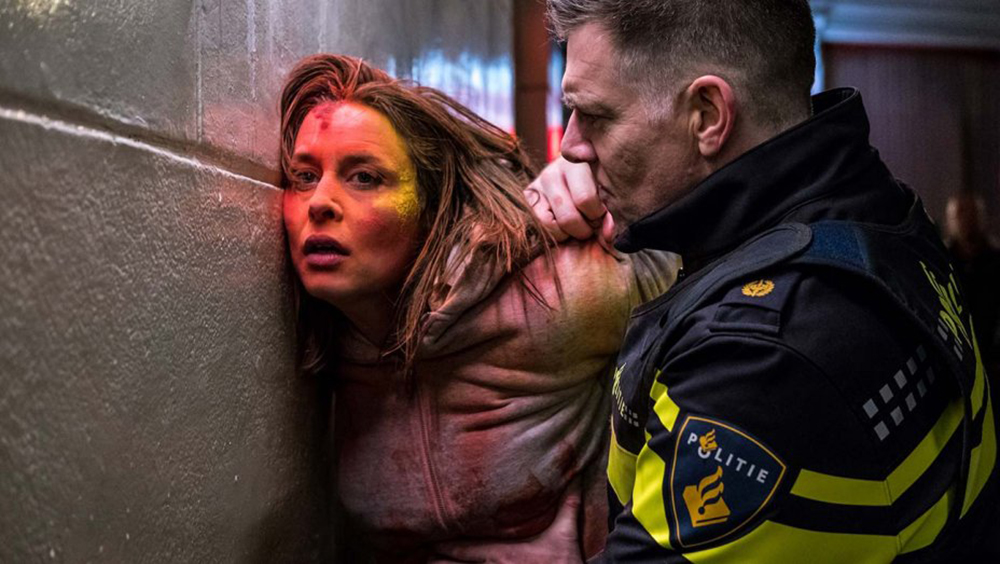 Bloody Marie is a gripping experience of a woman’s struggle with the loss of the past and the loss of herself.

There’s still a possible redemption for Marie, and the journey is a dark and dangerous one with a heart-wrenching human vulnerability. Marie doesn’t simply become some Sarah Connor badass when the chips are down. She remains a woman with nothing but her wits and instincts to go by, for better or for worse.

Like the film says, “life is point of view,” even if that means making the best of the dire circumstances life has dealt you, or changing the ones you created for yourself. And that may mean the difference between life and death.