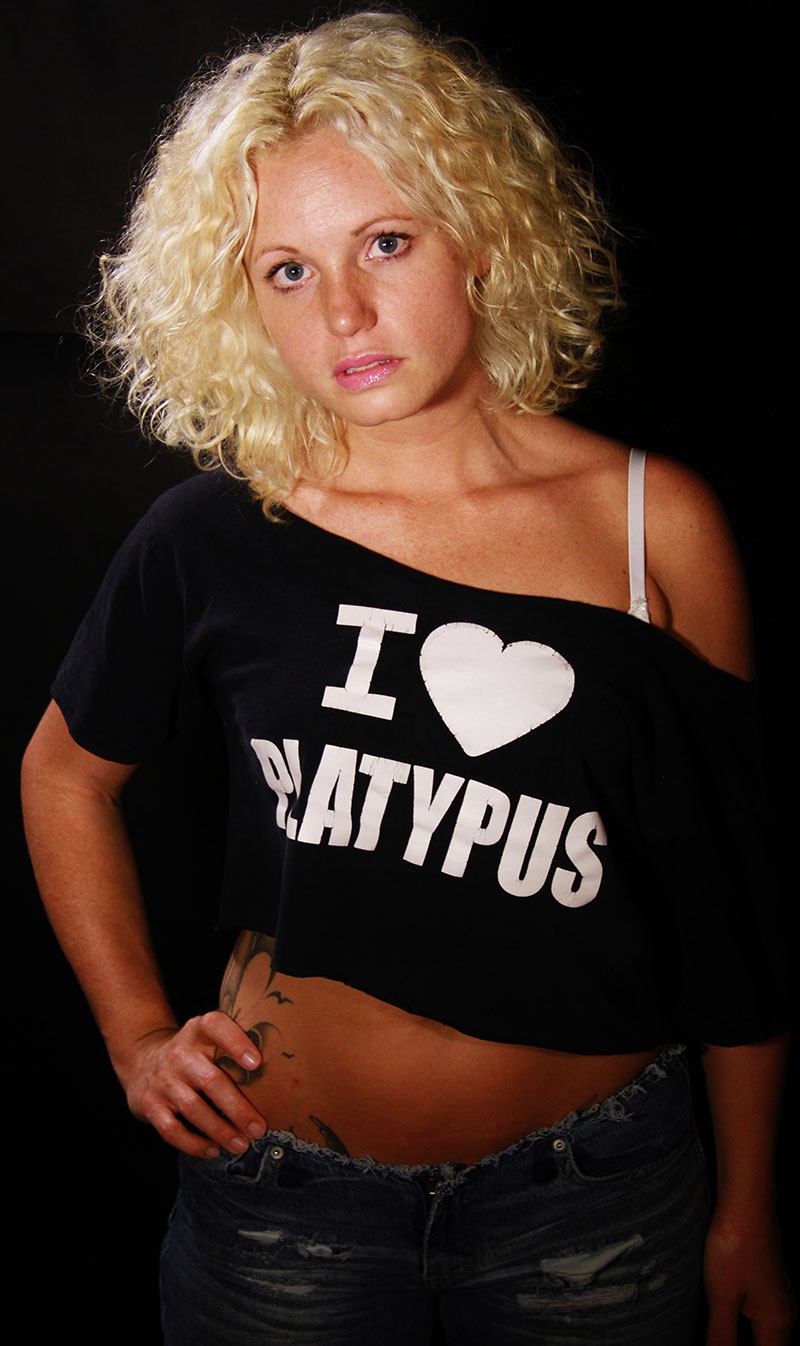 If Ellie Church wasn’t considered an indie darling before, it’s sure to happen very soon — with several movies already featuring Ellie’s versatile talent (Space Babes From Outer Space, Harvest Lake, Headless) and several more slated for upcoming releases. She has worked with some notable indie genre filmmakers, including her husband, Brian K. Williams, as well as Scott Schirmer and, most recently, James Bickert.

Ellie shines in every role, and it seems her confidence continues to grow with each stellar performance. Fortunately, indie horror fans will soon be able to catch the rising star in the new film Amazon Hot Box, the completed film that was just revealed in a surprise announcement from the newly developed team, Work in Progress. 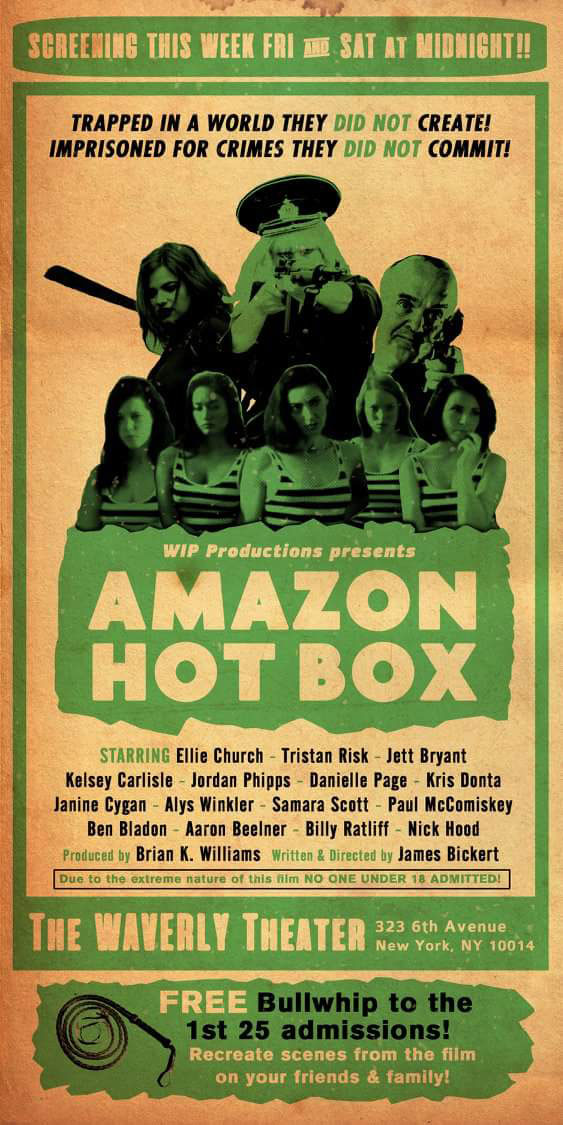 I recently had the pleasure of chatting with the talented actress about her upcoming role. Here’s what she had to say! 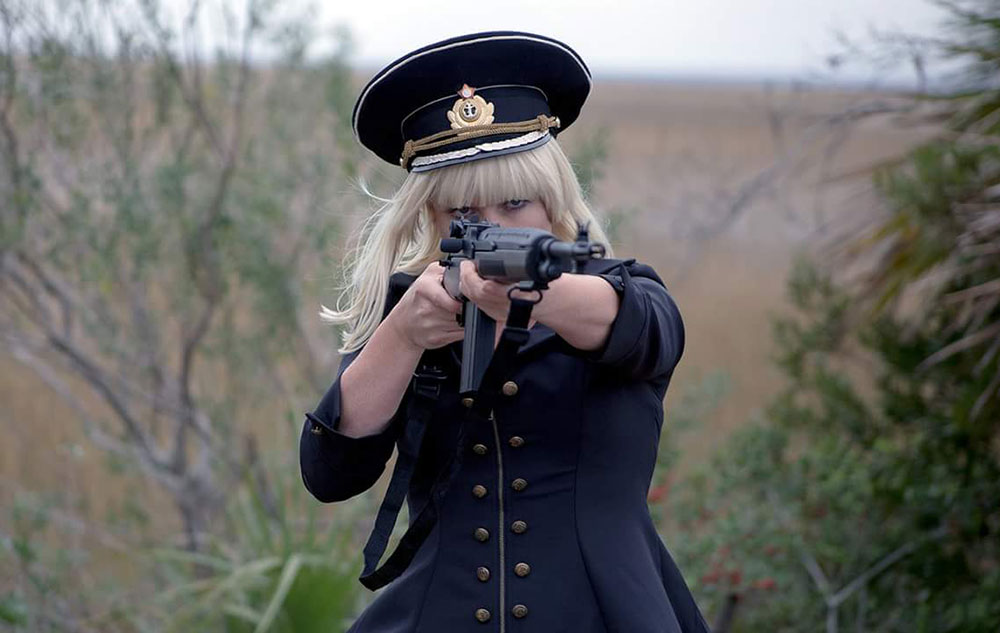 It was quite a pleasant surprise to hear about the new film ‘Amazon Hot Box’, and I love that the film was kept a secret right up until it was completed. Did you find it difficult to keep this under wraps?

Nope. It was super easy. I worked on this with a whole bunch of my friends, so I had an endless supply of people I could talk about the movie with, share pictures with, etc. if I needed to.

You’ve been extremely busy, not only with ‘Amazon Hot Box’, but also with Scott Schirmer’s ‘The Bad Man’ and the film ‘Skeletons in the Closet’. Did you shoot all these consecutively?

They were all good and spaced out, just the way I like them. I never overbook myself. I don’t feel like it’s fair to the productions to spread myself too thin. I’m throwing ‘Johnny  Z‘ in the mix here too, but all of these are at least 2-3 months apart. 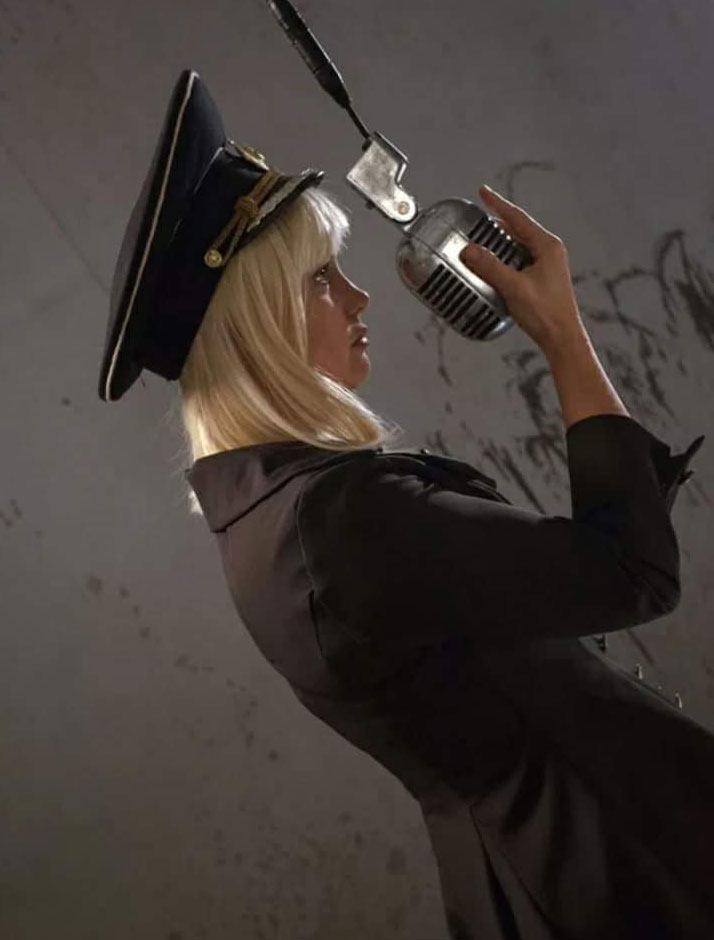 You have portrayed an array of characters thus far in your career. How would you describe Inga Von Krupp in ‘Amazon Hot Box’?

Inga is sadistic and ruthless. Cruelty is her job, and she’s been doing it for a while. She’s good at it. She’s also frustrated at the idiots around her ‘not getting it.’

It seems you have been very fortunate, having the ability to work with talented and respectful directors, surrounded by friends. Would you agree, and how would you describe your time on set for ‘Amazon Hot Box’?

I would absolutely agree with you. Starting out, I worked for strangers, a lot of creeps and some very shady people. A lot of them tricked me (because I was very naive) or talked me into doing things I wasn’t comfortable with. I am now very fortunate to have sort of ‘collected,’ if you will, a set of good trustworthy people who won’t do me wrong, or else I would have been out of the game a long time ago. For the most part, Amazon Hot Box was just fun with friends. An experience I’ll never forget. 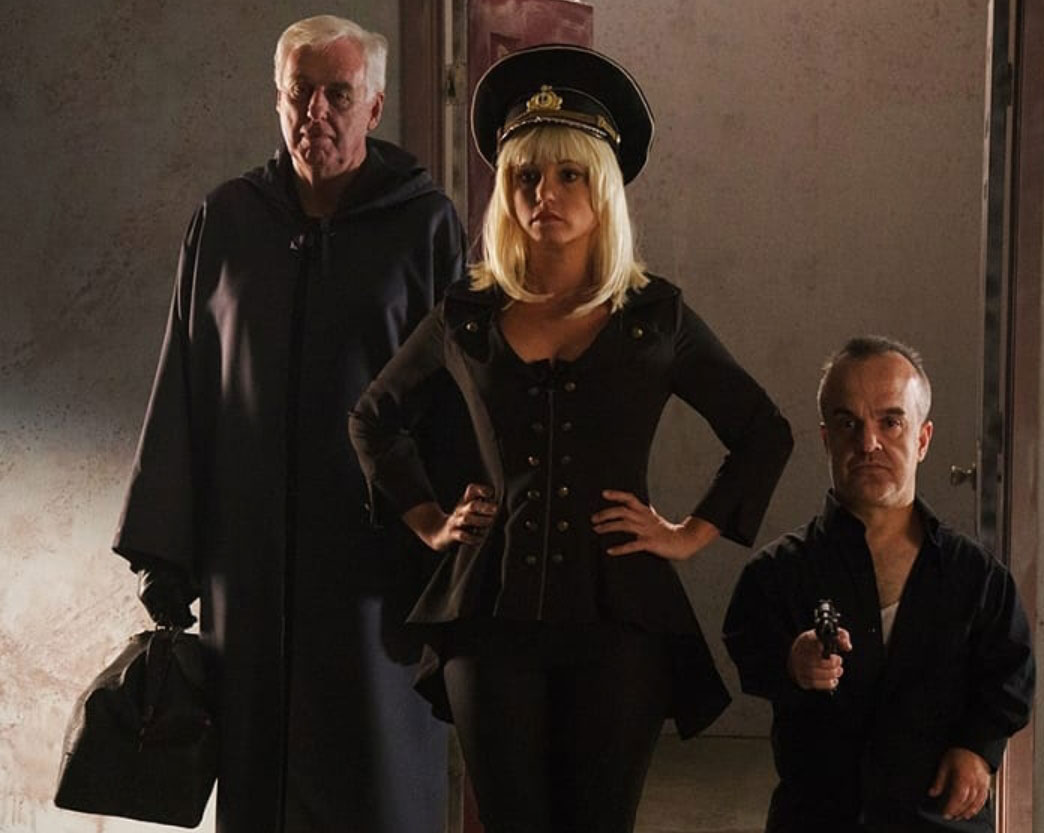 I know you and Brian are high school sweethearts (awwwww). Was it always the plan to become a power couple in indie filmmaking?

No, far from it. Before me and Brian started all of this, I was a preschool teacher, and we were living a fairly quiet suburban life. Brian has always been very creative, and I had always wanted to act. But I don’t think either one of us realized it was really a possibility until we started attending horror conventions in the Midwest and meeting people who were actually doing it.

Ellie, what are some of your all-time favorite movies?

Favorite ever: Better Off Dead. Also, Fright Night, An American Werewolf in London, The Shining, The Jerk. 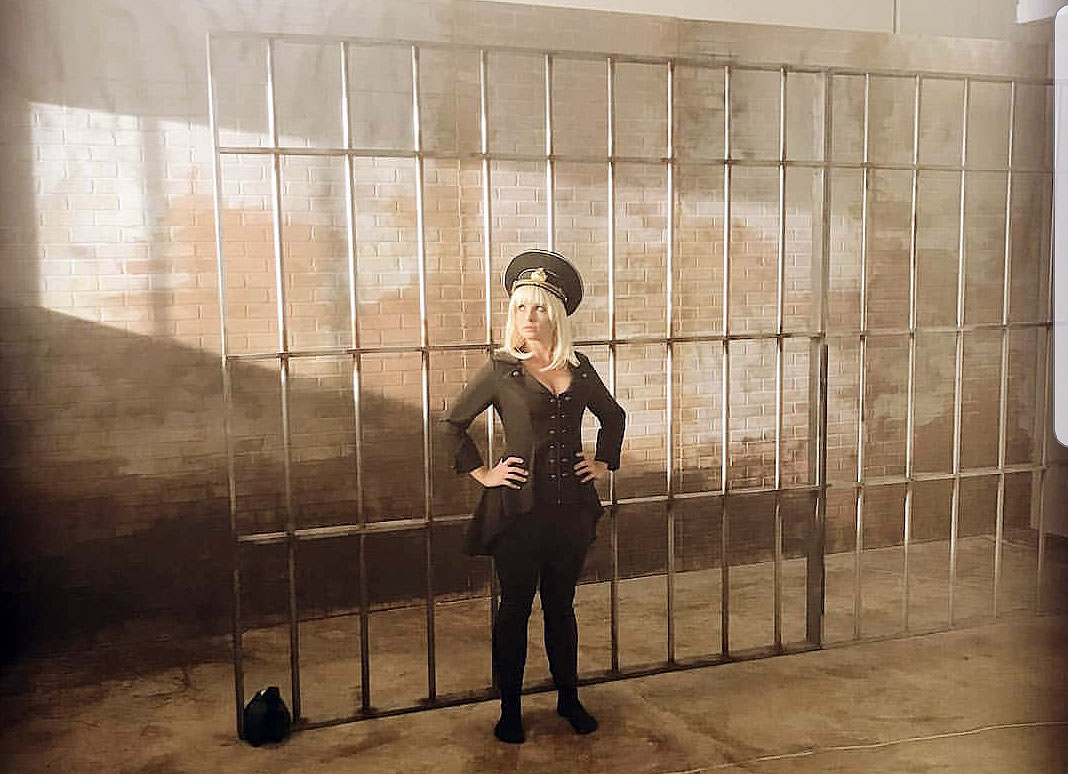 We here at Morbidly Beautiful thank Ellie for her time and cannot wait to check out Amazon Hot Box!  Help support indie cinema and order yourself a copy at https://www.kickstarter.com/projects/1334887287/pre-order-amazon-hot-box.