“Go away! I haven’t got time for the living.” – Francesco Dellamorte 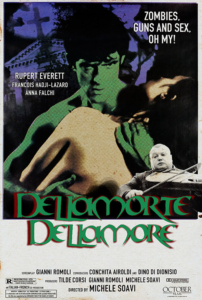 When fans discuss zombie films, there is one film that is seemingly absent from every conversation:  DELLAMORTE DELLAMORE, or as it’s known in the United States, CEMETERY MAN.

The movie is in full cult status — known to hardcore fans but not familiar to the casual fan.  What makes it more difficult for a hardcore fanbase to build up is its lack of availability in America.  The film is not shown on streaming services like Shudder, Netflix or Amazon Prime.  A copy of CEMETERY MAN is virtually impossible to find on VHS, DVD or blu-ray, and I don’t think AMC has ever screened it during their annual Fearfest.  My copy of DELLAMORTE DELLAMORE is an import all-region blu-ray that was produced in Germany. 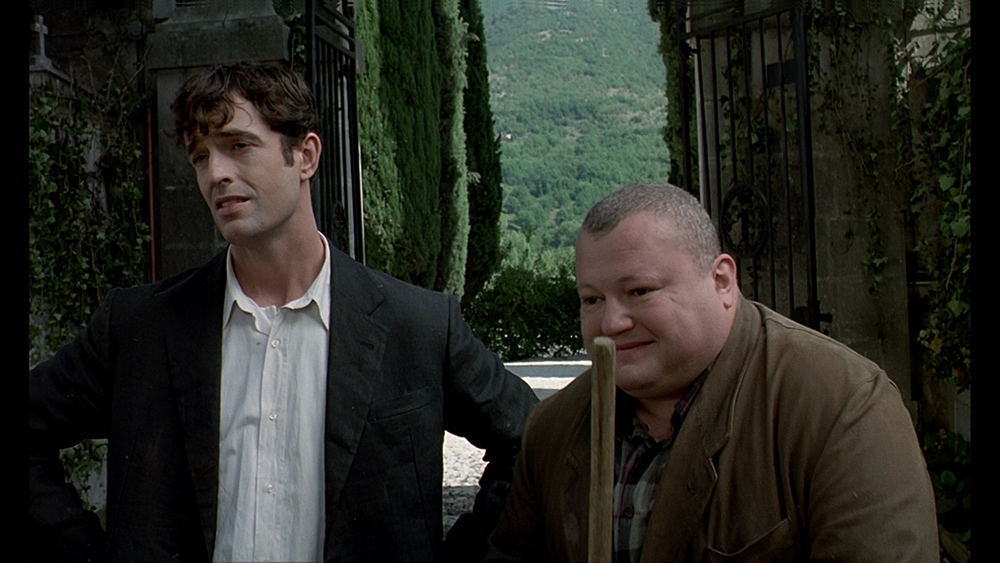 Despite all that, I implore you to do your best to seek out a copy of DELLAMORTE DELLAMORE because it is one of the best Italian horror films ever made.

Directed by long-time Dario Argento assistant Michele Soavi, DELLAMORTE DELLAMORE is a story about Francesco Dellamorte (Rupert Everett), the resident caretaker of a cemetery in the small town of Buffalora, Italy.  Aside from his duties as caretaker, Francesco spends his time putting together the pieces of a human skull, reading old phone books and returning the resurrected dead to their graves with the help his assistant Gnaghi (Francois Hadji-Lazaro).

In this small cemetery, the dead return as sentient, but hungry-for-flesh zombies, seven days after their death.  Sometimes the dead come back sooner, but the actual rules of their resurrection are unclear. 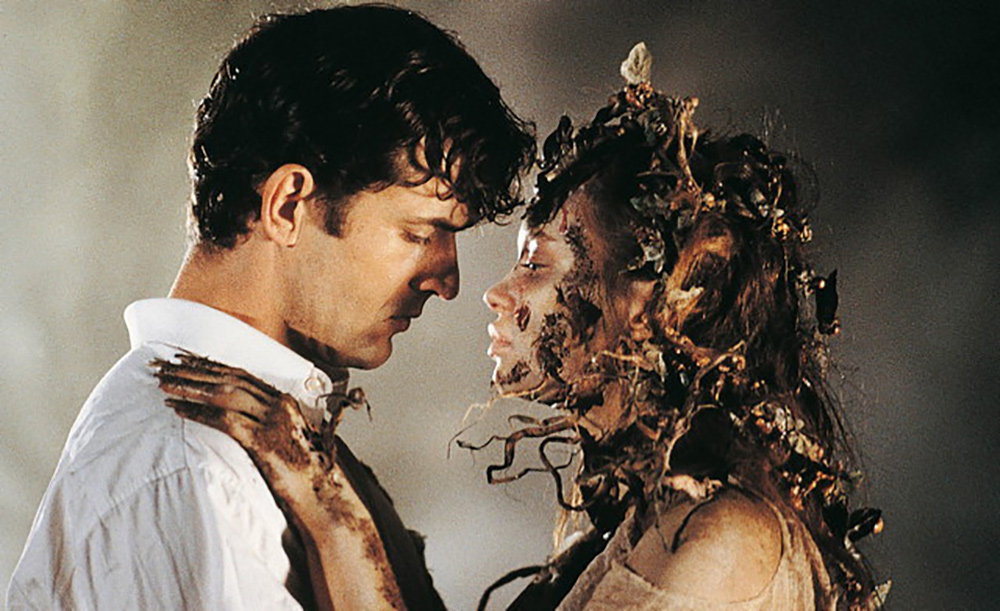 The first part of the movie unfolds like a typical zombie movie – we watch Dellamorte and Gnaghi dispatch zombies on a nightly basis, all the while Dellamorte attempts to get local politicians to open an official investigation of the cemetery.  The shift in the story happens when “She” (Anna Falchi) is introduced as a grieving widow visiting the grave of her recently deceased husband.  Dellamorte immediately falls in love with “She” (unnamed in the movie, but billed as She in the credits).  Inevitably, “She” becomes a zombie after being accidentally killed by Dellamorte.

At this point his sanity begins to break and the movie makes its subtle turn from a zombie flick to a serial killer flick. 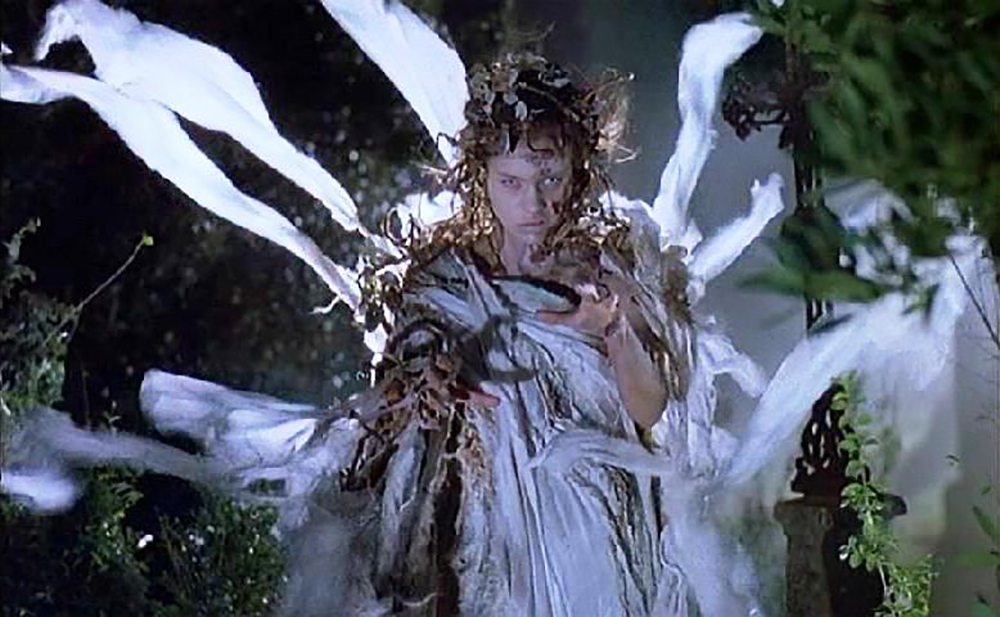 Dellamorte meets two more women who look exactly like “She” and he falls for them just as hard as the first.  As this happens, he begins to have conversations with a figure in the cemetery that identifies itself as Death.  Death warns Dellamorte to stop killing the dead because they are Death’s to deal with.  Dellamorte is advised that if he wants to kill, to kill the living before they die and become zombies.

I love the word play of the movie’s original title, DELLAMORTE DELLAMORE, which can be translated to Death and Love, or Death In Love, and of course Dellamorte In Love.  All essentially mean the same thing as Francesco is a dealer in and of death. The movie examines the thin lines separating life and death, passion and love, duty and family. 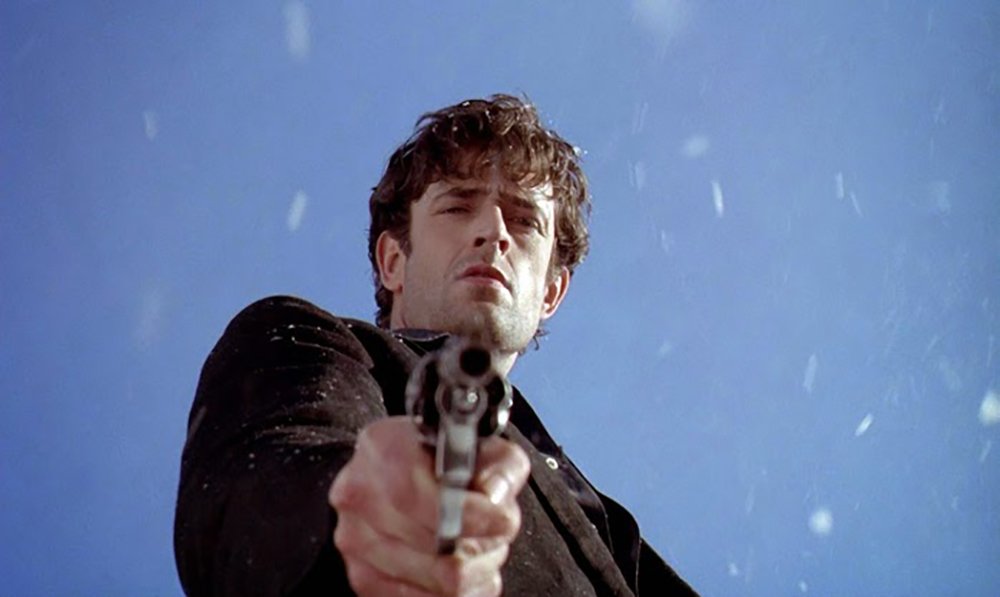 Michele Soavi creates a multi-layered story that can be enjoyed as a zombie splatter film on the level of The Evil Dead, or peeled down to its core. His film examines what it means to be alive versus simply existing in the world.

DELLEMORTE DELLAMORE gets my highest recommendation.  As I stated earlier, it can be difficult to find, but the movie is well worth seeking out.  I guarantee that after seeing DELLEMORTE, it will become one of your favorites too.