Nostalgia rules in “Brainscan” — a high-tech horror that banked on a breakout child star and a really strong movie monster. 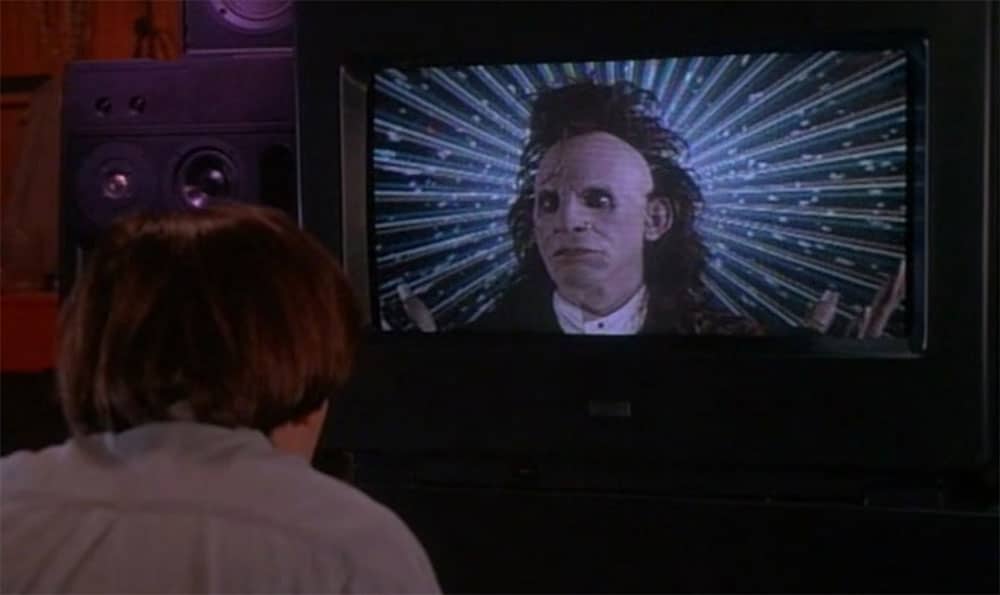 A high school outcast tries out a new, immersive computer game that becomes all too real when virtual reality becomes fatal. Let’s dig into 1994’s BRAINSCAN, directed by John Flynn!

It would be a bit of a misnomer to call this a deep dig. It’s a pretty well known genre film, amongst the spooky kids at least.

Some of this column is self serving as I get to dig into my large collection of hard copy films or stream something convenient that I’ve been meaning to watch for too long. I also get to re-watch childhood favorite horror films like Waxwork, American Gothic, and this — Brainscan.

I know it’s widely panned as “terrible” but the nostalgia forgiveness level is turned up to eleven. I loved this film as a kid for many reasons which I’ll go through here, but I also realized this column is mostly about sharing a film with you, who may have never seen it. So one more voice to the pile of bias that is genre film suggestion and review.

First off, the score and soundtrack set the tone for films like The Crow and its subsequent sequel, Dee Snider’s Strangeland, John Carpenter’s Escape from LA and then the nu-metal heavy Spawn, Queen of the Damned, and even Freddy vs Jason which all had some kick ass heavy soundtracks.

Here we get the likes of White Zombie (“Thunderkiss 65” which was remixed by KMFDM), Primus, and grunge heavyweights who never quite broke the sound barrier like Nirvana or Pearl Jam but were just as talented, Mudhoney.

Most memorable of all though was George S. Clinton’s theme song. It is haunting! I’ve had it stuck in my head for almost thirty years. 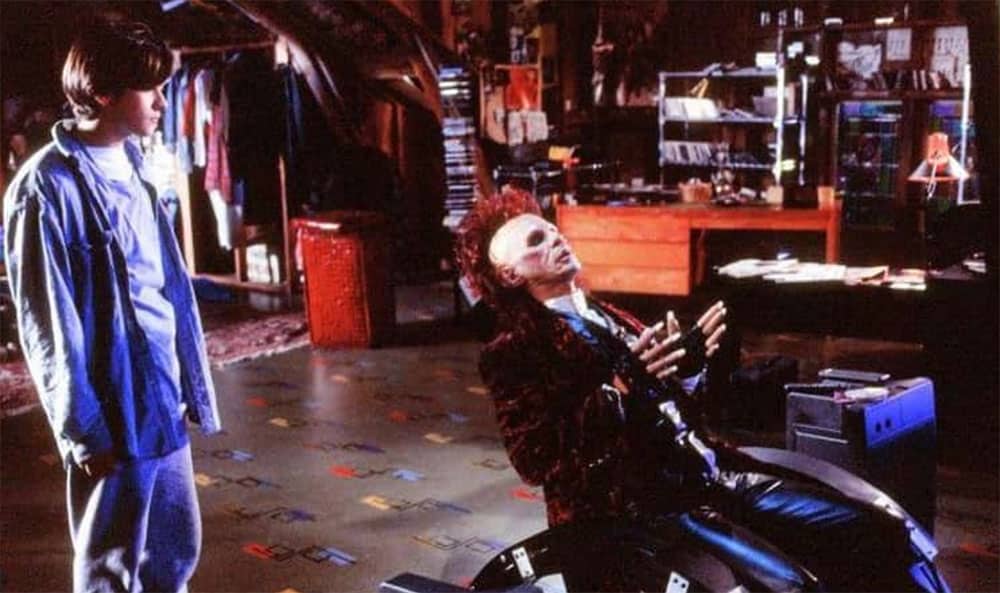 With some low hanging fruit characterization in the form of a bunch of Fangoria magazines, heavy metal and movie posters, we’re thrust into the high tech world of teenager Michael Bowers. It was cool to re-watch a film and realize how much of a snapshot it was of a tech that exploded just a few years later. Do you even recall seeing CD-Rom caddies? Have you ever even seen a CD-Rom? Man, I’m fucking old.

Caddies were quickly an obsolete product, as many in that space became, as the price of CD-Roms dropped drastically and the boom of duplication and drive speed shot media creation into the cybersphere.

Back to the movie; there isn’t much beyond Trickster.

It’s a fantastic premise and there is so much that could have been done (think Sega CD’s “Night Trap”) with the gaming space at the time. A digital terror, T. Ryder Smith brought a subtle prosthetic mask into reality and sent shivers down the spine of anyone who ever dreams of Maurice (Little Monsters) and his monster friends paying you a visit.

The CGI is impressive at times and campy at times, but is mostly effective.

One last impactful aspect before I sign off is the question posed to Michael by his school Principal: “Why do you watch horror movies?” Michael’s answer is, “It’s an escape I guess.” It is and so much more, but who has time to explain the “more” to the normies? 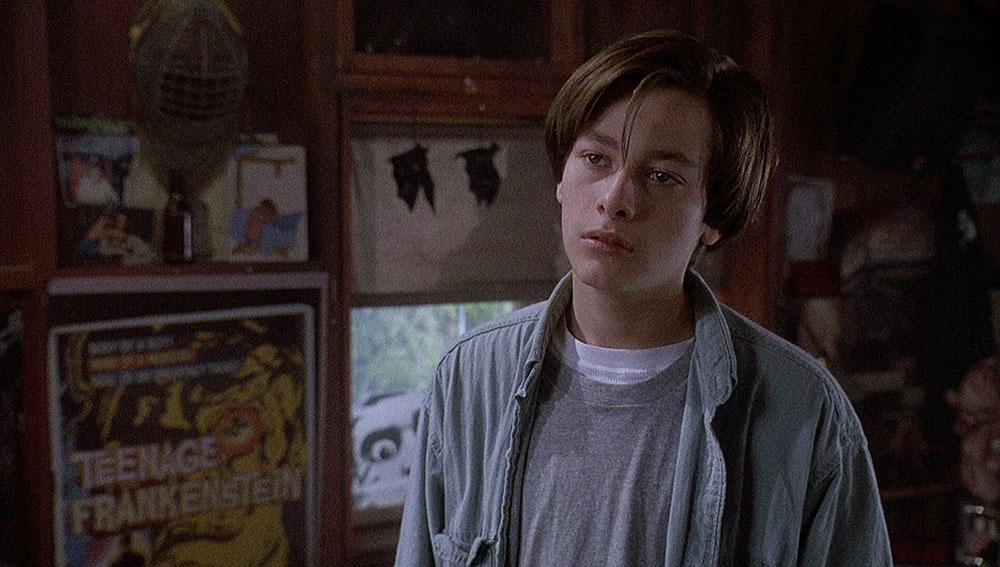 The rape line is pretty egregious. Maybe it’s a case of “humor” out of time, but I’m not sure a shirt that reads “Erections don’t rape people, people rape people” probably wouldn’t go over well outside of a frat house or comedy club.

I don’t have much else to pick at. I would have liked the story to build Furlong’s character a bit more and lean into his love of cheesy genre films (in the vein of the Death, Death, Death Part 2 gag), which would have called for some whimsical gratuity. 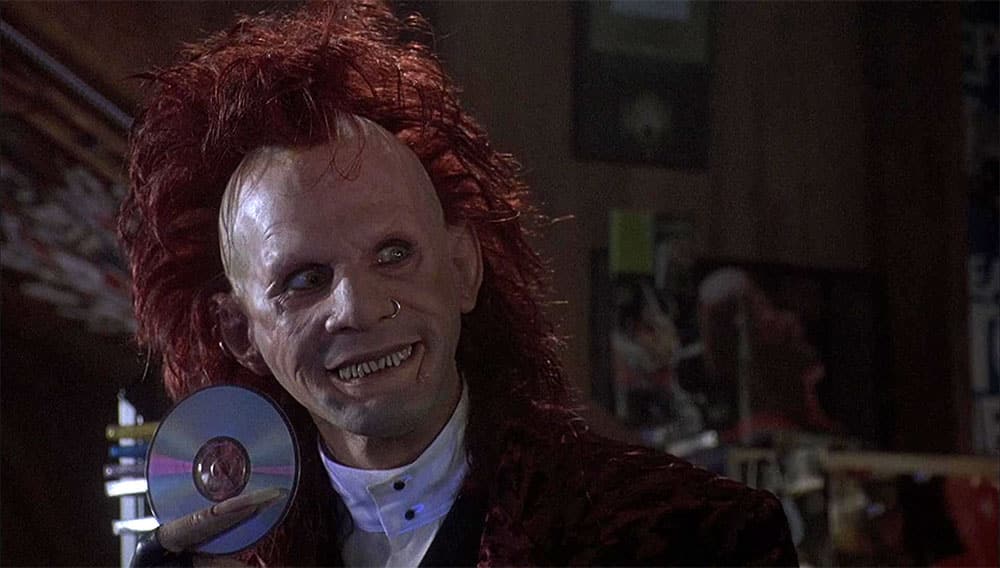 It’s Trickster, right? It has to be. Coming from the stage, T. Ryder Smith was able to commit on a level that screen actors usually can’t pull off. The embodiment of a character usually becomes a full body activity with a screen actor, where Smith could don a drama mask and become something outside of himself.

His performance is the strongest part of the film, and he’s able to reach a level of menace that should have catapulted him and Trickster into cult classic icon status.

John Flynn was correct to jump for the project based solely on The Trickster. It’s obvious though, that he focused completely on making that aspect of the film stand out and some other portions suffered. A more robust attempt, along with a brilliant tech consultant, could make it a truly terrifying film.

Shout Factory released a Blu-Ray in 2018 with a new commentary track, tons of new interviews, and behind the scenes footage. You can stream it on Tubi.