“Voices From Beyond” is a worthy finale to the career of Italian horror master Lucio Fulci, ripe with rank corpses and tense nightmares. 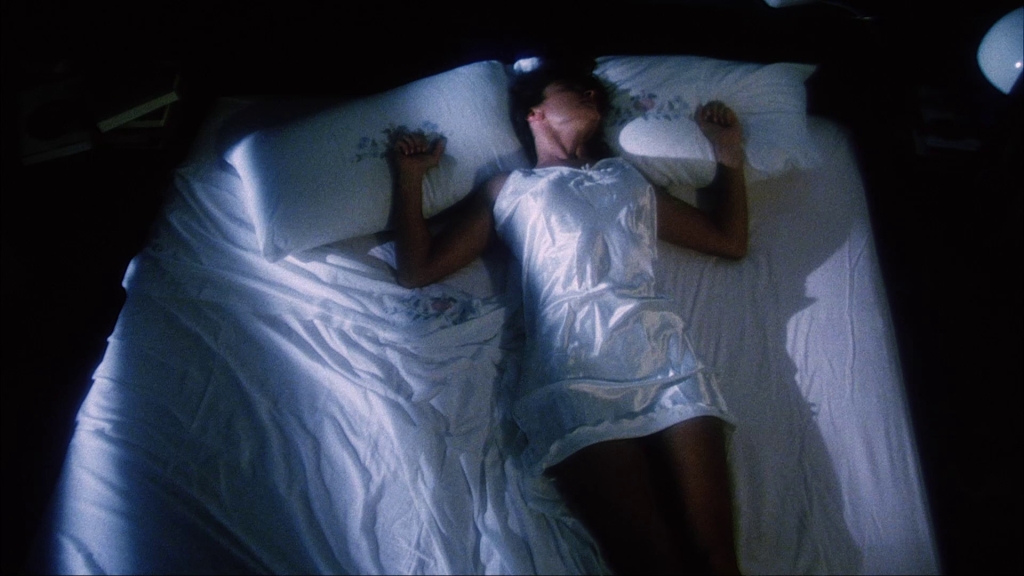 A wealthy man’s family fights over his inheritance after he dies under suspicious circumstances. Let’s dig into 1994’s VOICES FROM BEYOND, directed by Lucio Fulci!

Like a horror version of Knives Out, Fulci’s last directed film sees a wealthy man die with his family by his side, and the inheritance controversy plays out.

Told mostly in dreams and flashbacks, it has an anthology vibe to it.

Expanded from a short story Fulci wrote that was published in an Italian periodical, he did a decent job of fleshing out the story. See what I did there?

There are tons of gross-out scenes that will keep gore hounds satiated. The eyeball rice pudding is especially fun, albeit not very realistic looking. The crypt attack is phenomenal, with corpses bursting out of the walls from every direction. 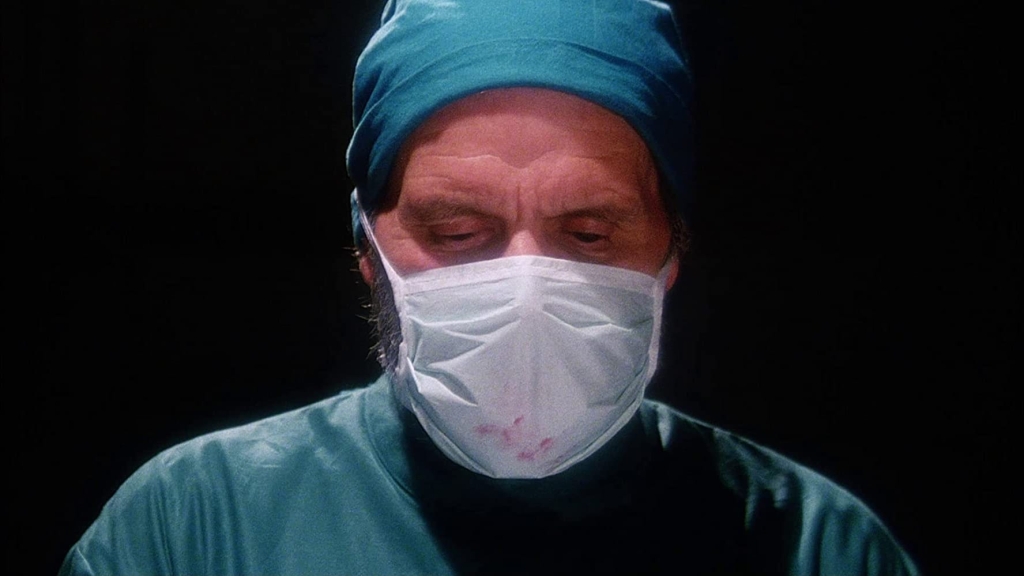 Fulci’s POV camera work in the opening succeeds in giving a dream-like vision, and it has Raimi written all over it.

There is an alternate or perhaps original artwork for the film that I’m having a hard time finding info or a clear image on, but my eye test tells me it was the legendary Enzo Sciotti who was responsible for it, and now I’m on a mission to track it down because it’s beautiful.

Fulci dedicated the film to his “…real friends…” which included Clive Barker.

Fulci is known for making small cameos in his films, mostly as a detective or something of that ilk. Here he is a pathologist/coroner.

When you open with a sex scene, it is usually because you are compensating for a weak story. The nudity in the film is presented in a more European way, without fanfare or focus, and the tight American psyche may find that foul. 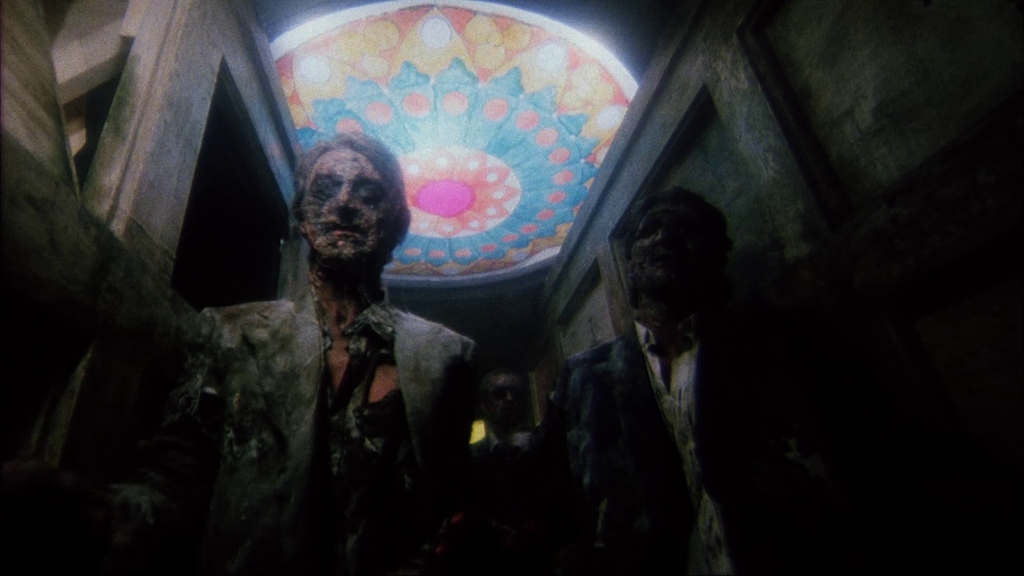 Fulci always has the best corpses filled with maggots. THE Fulci zombie is a great example, but there is no lack of slimy, gory, festering animated carcasses in this film. That is most likely thanks to effects artist Pino Ferranti, a veteran of films like Umberto Lenzi’s Cannibal Ferox and Bruno Mattei’s Virus.

An ensemble cast, something like The Expendables of horror, would be a fantastic contained film with everyone at each other’s throats.

In 2013, Code Red put out a Blu-Ray that you can snag from Diabolik DVD.