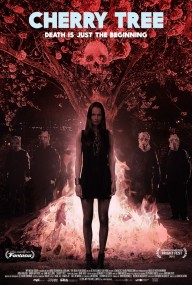 Cherry Tree tells the story of Faith, a 16 year old loner of sorts who is distraught over the fact that her father is dying of leukemia. In order to save his life, Faith makes a pact with the leader of a centuries-old witches coven who is posing as her school’s field hockey coach. But as witches go, things are not what they seem, and the pact is not as clear cut as Faith initially believed.

‘Cherry Tree’ had a lot going for it: an underused sub-genre in horror with a story about witches, perfectly cast lead roles, a unique looking coven with witches wearing very creepy hooded masks, and an impressive visual atmosphere that surrounded the coven whenever they were on screen. The final outcome, however, is as hollow as an empty cauldron.

Let’s start with the positives. Naomi Battrick is perfectly cast as Faith. She has a wise beyond her years vibe and simply exudes sadness and fragility. These characteristics are vital to the story because when the head witch, Sissy (played by Anna Walton), offers the deal to save Faith’s father’s life, it’s important to believe that Faith would buy into the somewhat outlandish offer. To avoid spoilers, I won’t say what Sissy asks for in return, because it’s pretty obvious where the story is headed once you figure out what that is. 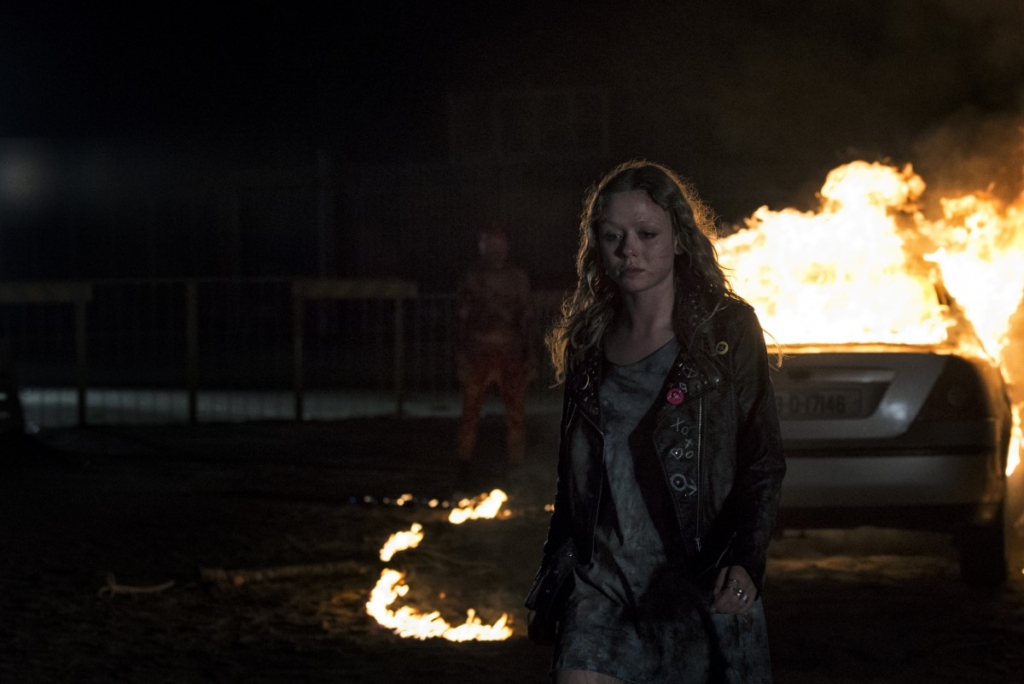 Anna Walton is also perfectly cast as Sissy. She has an otherworldly and ethereal yet unsettling presence that is needed to SELL the outlandish offer. So that necessary relationship between the two leads is there to sell the whole situation to the viewer, but even the strong leads can’t save the lazy script.

What adds to the disbelief of the pivotal “let’s make a deal” scene is, while Sissy reveals to Faith that she is really a witch, the two are walking through Sissy’s house. The house looks like the set of a Hammer Films Gothic horror, a gift from the Dark Lord, and Faith continues to follow her without blinking an eye. 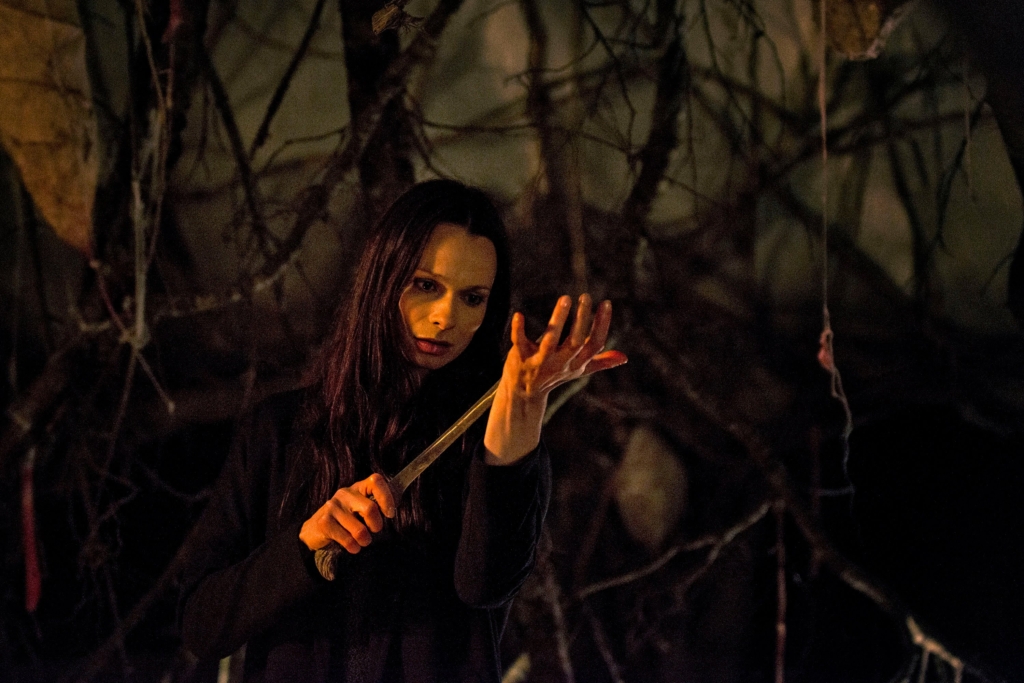 Perhaps Faith just loves her father so much. He means the world to her, so she is willing to endure all this crazy witch stuff. Unfortunately, the film gives us little to no interaction between Faith and her father. We are just supposed to believe that’s the case because the film shows us next to nothing.

This is the ultimate problem and theme throughout Cherry Tree. There’s just not much there. At all. In the film’s defense, I feel as though it wasn’t so much interested in the journey of the characters as much as it was interested in the experience of the viewer. But again, if that’s the case, it falls way short as any true moments of unique atmosphere or engaging imagery are few and far between. 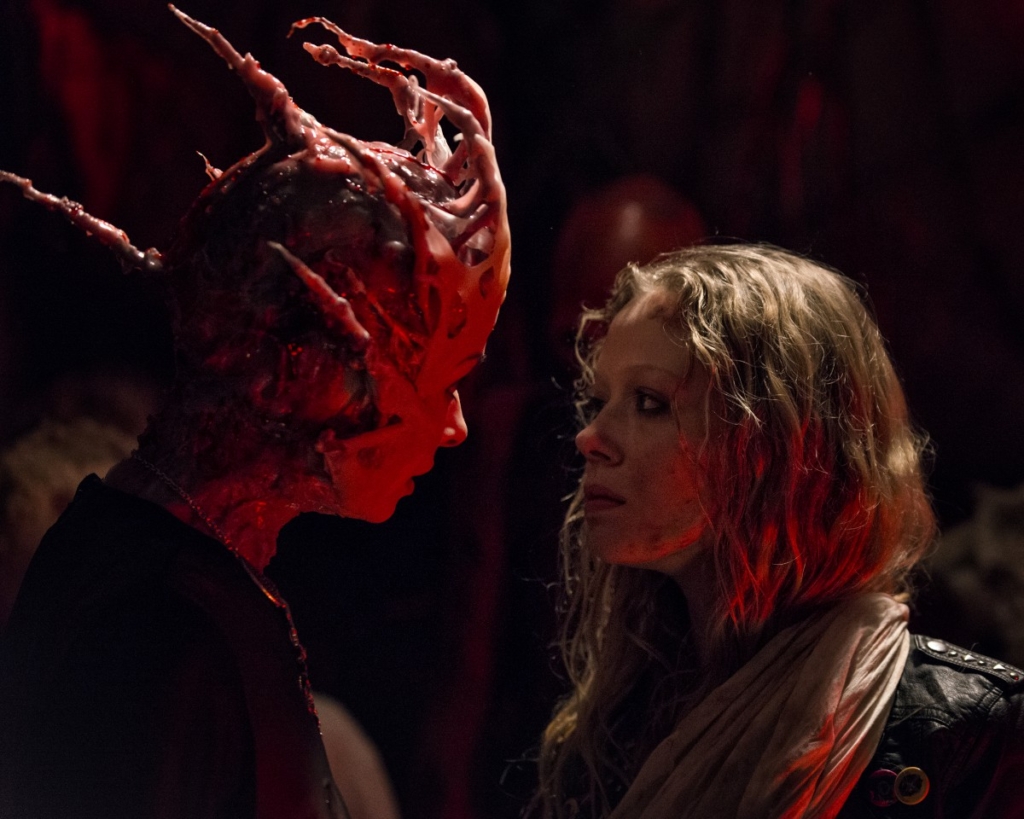 There are also some annoying plot devices used that demonstrate a weak script. leaving the talented Naomi Battrick with nothing to do in the final act but run around looking distressed. Everything seemed all too easy and lacked any suspense or tension whatsoever.

I’m convinced this movie was conceived with a few images and a basic story line, and it was simply pumped up with sub-par filler and convenient plot devices that put its thin story and thinner characters on full display. Cherry Tree wants to think its style will carry it over its little substance. The problem is, it has neither and comes across as a threadbare mess.