New App Aims to Be ‘Pokemon Go’ for Horror Fans

“There is a night that all humans fear most, a night when the veil is at its weakest, when the Dystopian hoard ascends upon the world and on all humans harvest.”

I’m a huge horror nerd, but I’m also seriously into gaming. As you might expect, horror games like Resident Evil, Until Dawn, Left Behind, and Silent Hill (just to name a few) are my absolute favorite. Anytime I hear about a new genre game being developed, I can’t help but get excited. But it’s been some time since I’ve been as excited and intrigued with a new game concept as I am with Dystopia, the new augmented reality game app coming soon from indie game developer Jaye Adams.

I had the recent opportunity to speak with the talented Jaye about Dystopia, which she describes as a horror version of the hugely successful Pokemon Go, the game that became a cultural phenomenon overnight and a financially windfall for Nintendo. Part of the appeal was due to affinity for the brand. But, more importantly, Pokemon Go sparked the imaginations of people around the globe of other fantastical things that could be brought into their reality through gaming. 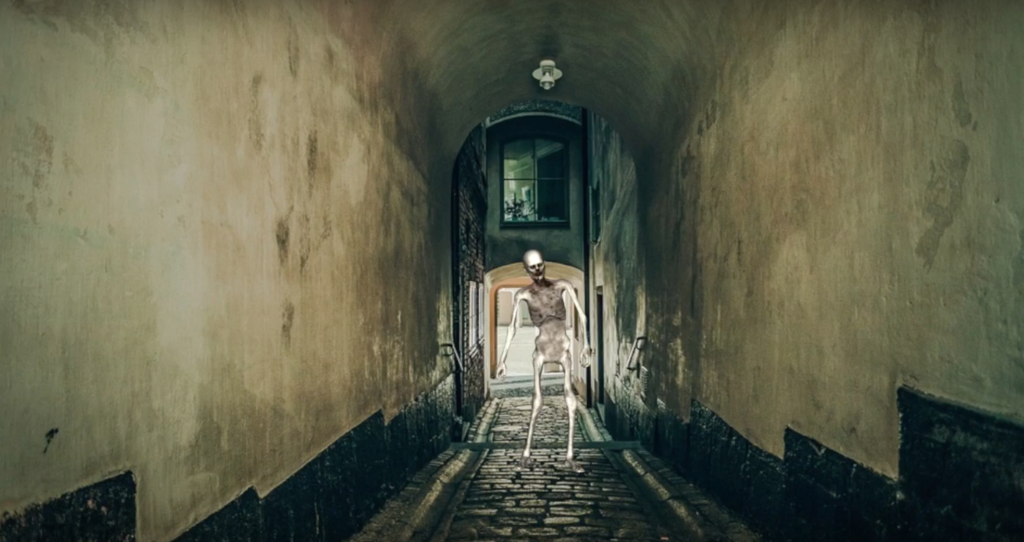 “The one idea I heard time and time again and that I marveled at as a lifelong horror fan,” says Jaye, “was a HORROR version of Pokemon Go! The very idea of roaming around a graveyard or creepy woods at night with horrific monsters popping out at me had me sold, and so Dystopia was born.”

Creator Jaye Adams is a full-time MI Analyst who designed and developed Dystopia over a period of four months as a fully independent, self-funded passion project. This is her first major app, and it is being designed in a way to set up the Dystopian franchise. Jaye explains that this is not just an app; it’s a story that all horror fans will be able to immerse themselves in.

For thousands of years there has been another realm that sits parallel to ours. This place is full of dark creatures and demons, some of which have crept into our own myths and legends. It is called Dystopia!

The first installment of the Dystopia franchise is an augmented reality game app, allowing players to search the real world to find and capture the Dystopian monsters that have entered our realm. Players will be able to upgrade and evolve captured monsters to create the most ferocious creatures, which can be used to battle against friends at portals spread across the world.

The game will be free to play with real money in-app purchases, but there will be plenty of checkpoint hotspots to visit on your real world map to acquire free items. 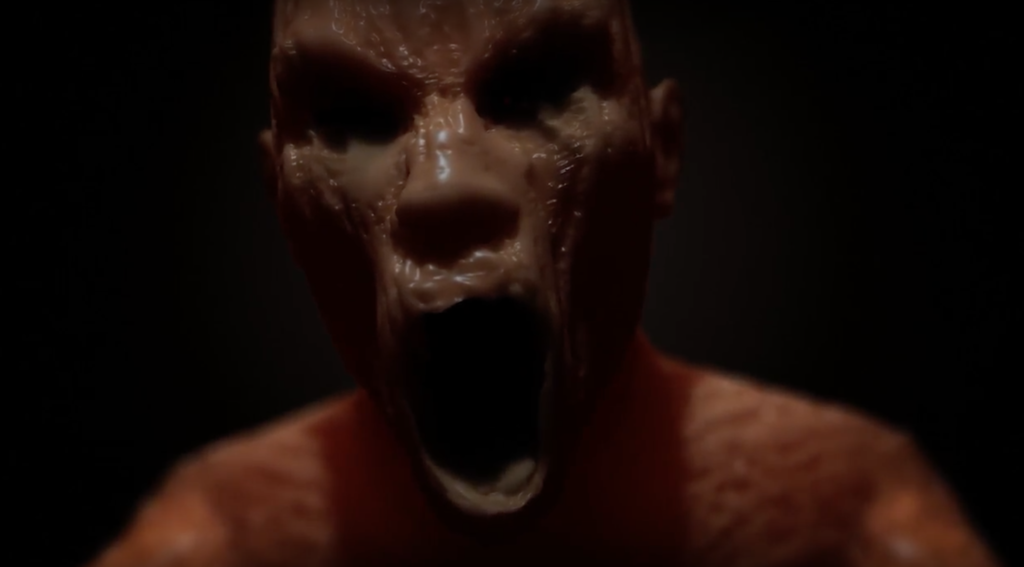 If the initial app is successful, Jaye would love to transition to full time development of the Dystopian universe (including a VR version and trading card game), as well as the development of future horror apps for rabid fans of the genre.

Speaking with Jaye, she plans to release a beta version in the next few days, and we are thrilled to be among the first to take this incredible new horror app for a test drive. Stay tuned for a full review soon. If all goes well, Jaye hopes to officially launch the app on Halloween, which would be an amazing treat for horror fans.

Check out the teaser video below, visit the Dystopia website for more info and full creature images and bios, and stay tuned to this site for updates and more launch details as soon as they become available.