They’ll rip out your funny bone! 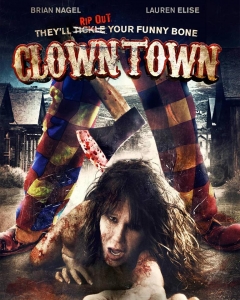 I have always been leery of clowns. Since my third birthday when my mom got a clown for my party, and I hid in my room, the fear has always hung around just in the back of my mind. Did it stop me from going to the circus, or watching Stephen King’s It? of course not. But when one got too close to me… I always felt uneasy. Who are they behind all that grease paint?

Many people have a worse case of coulrophobia, (yes, I looked it up) or simply put- an irrational fear of clowns, than I have. The horror genre has made good use of that over the years giving us films like Killer Clowns from Outer Space, It, S.I.C.K., Clownhouse, House of a Thousand Corpses, and Amusement — just to name a few. There are creepy clown dolls in many movies, and anytime a clown face shows up in any horror movie we get the chills! More recently we have Clown, Rob Zombie’s 31,  and Twisty from “American Horror Story Freak Show”. There was also a whole tram load full of them this year at Universal Studios for their Halloween Horror Nights. Clowns are out there, and they are scary. Whether you love or hate them, there are many horror films available to freak you out! 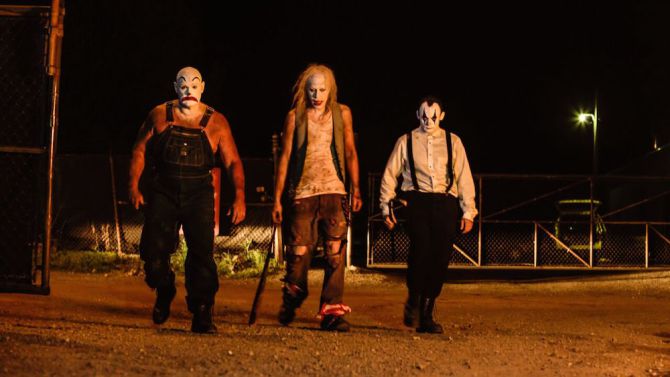 The most recent serial killer clown offering is a micro-budget film brought to us from by director Tom Nagel, aptly named ClownTown. The film was co-produced by SFX master Robert Kurztman, and he probably made sure the gnarly kills were really well done. Nothing cheesy in any of the deaths here. As a makeup artist myself, nothing turns me off as much as bad SFX!

I actually enjoyed this film. It has some definite flaws, but a lot of time and effort went into the making of it. It’s really well-crafted, and that kept me watching even if it got a bit slow in parts. The town they used looked amazing. It had a very dystopian feel, to the point that I was waiting for zombie clowns to appear due to the definite lack of people living there. (Sorry, that’s my “The Walking Dead” mindset coming out!) The story line of ClownTown is pretty basic. A group of young people (played by Brian Nagel, Lauren Elise, Andrew Staton, and Katie Keene) on their way to a concert are given bad directions at a diner for a “shortcut”. When one of the girls leaves behind her cellphone and the person answering it gives them yet more directions on where to pick it up… well, you know this is taking them to a place they should not go to. (Yes, lets hide behind the chainsaws!) 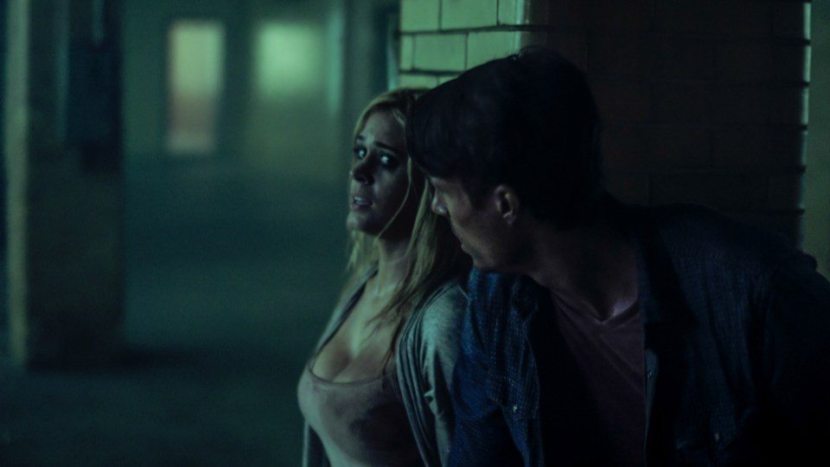 The screenplay by Jeff Miller has some obvious nods to movies like Halloween and even Scream. (The flashback at the beginning starts with a babysitter.) Once the foursome gets to the town of Clinton, Ohio, along with a couple of other guys from the diner, it gets dark. And, well, things get deadly fast. Creepy psychotic, blood thirsty clowns come out from the darkness, and we know our cute couples are not going to make it to the concert! The early pacing could have been picked up a bit. It took a while to get to the real story. But, overall, the film makes sense — and the twist at the end actually got me.

But the clowns, OMG, the sinister, killer clowns! Very well done. Each one had their own style of makeup, personality and costuming. It was hard to tell which one was actually in charge of this group of maniacs. I would not want to go to that circus, ever! The guy with the long hair and the bat (David Greathouse) really made me uncomfortable, in a great, horror movie sort of way! All of them were sooo quiet, so homicidal and just wrong. It took me ‘till the end to understand who the real bad guy was (no spoilers), and that made me happy. I thought I had it figured out right away… and didn’t! Good job! I liked ClownTown, and it worked for me. The SFX by Rachel Demski was truly amazing. My only downside would be some of the acting from the young people was a bit stilted, showing inexperience. But you have to start somewhere, right? So I understand that. The film was great to look at, with the terrific deserted looking location. It was put together well. It could have used some editing a bit during the driving scenes and when they are in the town during daylight, just to move the story on a little faster. Other than that, it was a fun ride.

ClownTown will have a limited theatrical release in select cities — Los Angeles, Cleveland/Columbus, Ohio and Columbia, SC — through October 21st. Go to the film’s website for the schedule and tickets. If it’s not showing in a city near you, you’ll be able to catch it on VOD and DVD starting October 4th. There is also a DVD Cast/Crew signing on Oct. 15th at Dark Delicacies in Burbank for those of you in the Los Angeles area. For more information, be sure to follow the film’s Facebook page or learn more about the movie on IMDB.