“A Mother should look out for her sons.”

Goodnight Mommy, known as Ich seh Ich seh in Austria (“I See I See”), is a psychological thriller written and directed by Veronika Franz and Severin Fiala. It was released in Austria in 2014 and found some fame in America 2 years later with a limited theatre release.

9-year-old Twins Elias and Lukas (Played by Elias and Lukas Schwarz) are not convinced their Mother, who has just returned home from plastic surgery, is who she says. Her head is wrapped in bandages, with only her eyes and mouth visible. The twins are unnerved by their mother’s disturbing appearance and further concerned when she starts to exhibit strange and uncharacteristic behavior. Once loving and nurturing, she now appears cold, distant and hostile. Determined to find out the truth, the boys do some digging to try to uncover where their REAL mother (Susanne Wuest) is. 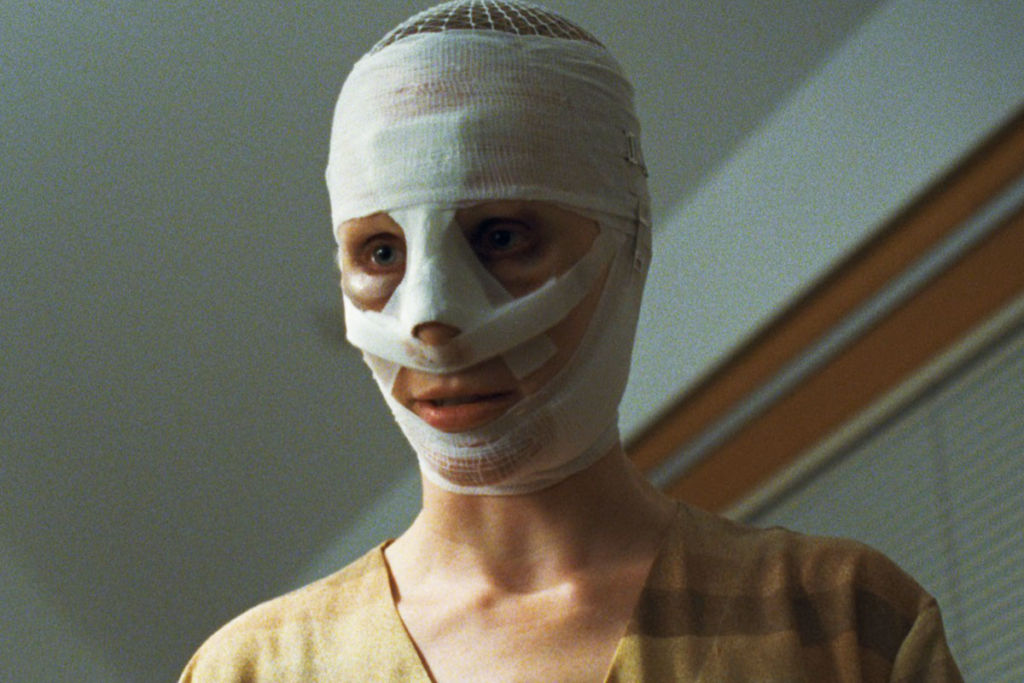 The film does two things, quite purposefully, that are likely to frustrate some viewers. Most of the film is a quiet slow burn, as we as viewers try to piece together (along with the film’s two young protagonists) the mystery of the Mother’s strange behavior. There is a great deal of deliberate disorientation as we’re meant to feel fear and uncertainty of the uncomfortable situation the boys find themselves in. It’s all building up to a big climactic reveal, but the combination of slow pacing and sheer confusion makes the first half of the film feel like it goes on forever.

The problem with the young main characters is that we are left in the dark on some of the bigger details because the characters already know them and/or don’t mention them. Even after watching the whole film, there are many things that I wish would have been addressed better. The reveal and dramatic ending makes up for some of the mess of the first half, but it couldn’t take away everything. 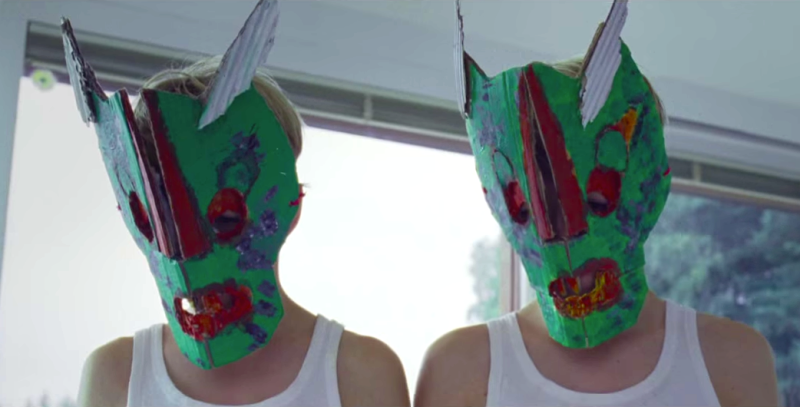 Nothing in Goodnight Mommy is exactly what it seems

Aside from the slow start, the movie does a great job of grabbing our attention with sprawling countryside sceneries and escalating tension between Mother and sons. Much of the film is carried by the strength of the three lead performances. The film includes very few supporting characters, but they do help to move things along. Overall, the film has an interesting plot and has the feel of a classic thriller movie. The gore is minimum with only a few scenes that are a little tough to watch.

The visuals in Goodnight Mommy steal the show

While it is slow, it’s very easy to lose yourself in the plot. I’d recommend this to anyone who really love thrillers and doesn’t mind subtitles.

Written by Brandy Benson. Brandy fell in love with horror at age 5 after watching “Child’s Play”. Since then, she has thrown herself deep into the world of the creepy and gross. Asks Brandy, “I’m normal, right?”

Editor’s Note: While this film is definitely a classic slow burn, which won’t be for everyone, I felt it did an admirable job creating a palpable sense of tension and dread that pays off in spades during the nail-biting and incredibly unnerving climactic finale. The film’s subtitles may be a turn off for some, but it’s rather remarkable how much is communicated in this film with very little dialogue. This is likely to appeal more to fans of arthouse horror and more cerebral psychological thrillers than hardcore horror and gore fans; but I’d highly recommend you give it a watch.